How can one person or company own the recipe for bread, when we’re talking about bread, flour, water and yeast? 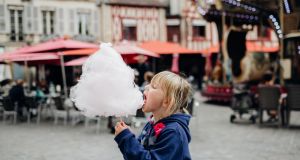 When it comes to the legalities of food, it’s generally understood that in most circumstances, it is not possible to copyright a recipe. How can one person or company own the recipe for bread, when we’re talking about bread, flour, water and yeast? This is where the sometimes puzzling idea of food patents come in.

“In order to be patentable, an invention must be new and not obvious in light of what is already known,” chemical patent expert Jo Shaw wrote in a 2010 article for International Law Office.

First crunch The first trademarked apple comes from Australia. The Cripps Pink was invented by Australian horticulturist John Cripps in 1973, when he crossed a Lady William apple with a Golden Delicious, and created what is now widely known as the Pink Lady. It’s now owned and licensed by Western Australia’s Department of Agriculture and Food, which owns the plant breeders’ rights for the apples in multiple countries.

An early tale of patent dispute involves Henry Perky, an inventor based in Nebraska, US. He’s known as the inventor of shredded wheat cereal and the machine that created what he called “little wheat pillows”, which he introduced to the market in 1892 and received a patent for in 1895.

Apparently, his rival in the cold breakfast revolution, John Kellogg, said Perky’s shredded wheat were like “eating a whisk broom”. Nice. Perky died in 1906 but his Shredded Wheat Company continued to produce the breakfast cereal.

The National Biscuit Company (known today as Nabisco) bought Perky’s company in 1930, and brought a case against Kellogg’s Company, which had been making and selling their own shredded wheat since at least 1927. The Supreme Court rejected the case in favour of Kellogg’s, allowing them to keep making shredded wheat cereal and calling it Shredded Wheat.

The design for the machine for creating candy floss was patented in the US in 1899 by dentist William Morrison and confectioner John C Wharton, originally introduced to the world in 1904 as Fairy Floss. It’s still known today as Fairy Floss in Australia. Another machine was invented and patented in 1921 by another American dentist (I mean, come ON) named Joseph Lascaux in New Orleans, using the term cotton candy, as it is known in the US.

Seeds of dissent More recently, the case of Monsanto seeds patenting of their genetically modified crops has been controversial because of claims against the multinational corporation of having unfair advantage over smaller farmers. Not to mention the number of legal cases taken against smaller farmers who have been found to be growing Monsanto patented seeds, sometimes through unintentional cross-contamination.

The mycroprotein technology used to create the meat substitute, Quorn, was first patented in 1985. In the EU, patents expire after two decades and so the Quorn patent expired in EU countries, meaning other companies have the right to the technology but not the brand name. In an interview in 2011, Quorn ceo Kevin Brennan said: ”Some patents surrounding the core technology have expired, but the product uses a peculiar fermentation method, and we have 30-plus years experience in perfecting this on site to produce the product better and at a lower cost. Huge related costs include £30m for a fermentation tower and related equipment, so you can’t simply look at a patent and say ‘there you go’.”

Which brings us to the topic of trade secrets. In a 2013 volume of Inventors Eye, the purpose of trade secrets was explained as another way to acquire intellectual property for food products. “Trade secrets are often used by companies to protect their recipes and processes, but they differ considerably from patent protection. With a trade secret, inventors do not disclose the inner workings or formula of the invention, and employees or collaborators usually sign non-disclosure agreements. Many food companies and restaurants choose to use trade secrets to protect their recipes and methods because it allows them to use the secretive nature as a marketing tool.” Famous recipes under US protection of trade secrets include those for Coca-Cola, Dr Pepper and KFC.

Ireland does not have laws that specifically protect trade secrets. Instead, our EU Systems of Protected Designation of Origin, Protected Geographical Indication and Traditional Speciality Guaranteed are in place to protect foods either by geographical position or from the traditional techniques used.

Intellectual property law is considered to be essential to protecting your business in a competitive market, according to a 2015 report called Intellectual Property (IP) regime in Ireland by Grant Thornton. This report brings up a potentially fascinating issue on the evolution of health warnings, and how they might move from tobacco to unhealthy food products. In the report, Sophie Anger, associate general counsel at Mars Inc, said the company, and others in the industry, were “mindful of the possibility.”

Whether or not food law will be developed to protect the consumer or the food industry remains to be seen. Personally, I’m still getting over the fact that candy floss was invented by dentists.