No catch: fresh fish on your doorstep in 48 hours 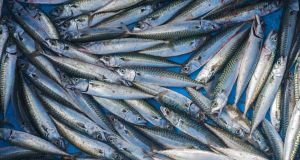 David and Padraig Hanley are offering a €30 package which includes 500g each of cod, mackerel, prawns and whiting, and 250g of plaice

David Hanley and his brother Pádraig provide a supply chain link for their father Jerry’s fish business in Kenmare, Co Kerry. They deliver the catch of the day, within 24 hours of it being landed, to addresses in Dublin city centre, south Dublin and Naas.

“Our fish is sourced off the Kerry and Cork coast, mainly from smaller vessels on shorter trips, so we have the highest-quality fish and a long shelf life for the consumer. The fish is landed on Tuesday evening and processed straight away for delivery on Wednesday,” David says.

This month, the family are offering a €30 package which includes 500g each of cod, mackerel, prawns and whiting, and 250g of plaice. They also supply Irish organic salmon. There is no minimum spend, and orders placed on Monday evening are delivered to your doorstep 48 hours later. To place an order you can call David on 087-1732349, or email portanfreshfish@gmail.com.

Listening to chef Sunil Ghai talk about the 42 spices he uses in Pickle, his Camden Street restaurant, is like learning from a magician how he pulls off those seemingly impossible tricks.

Conjuring the most from every part of every spice, from roots to leaves to seeds, and knowing exactly how best to use each one, is a lifetime’s work, but the smattering of knowledge and understanding gained from listening to Ghai talk is enough to transform your home cooking.

The chef’s table near the kitchen at Pickle will become a spice workshop for a small number of participants in a series of masterclasses running on Tuesdays, August 15th, September 12th and October 10th.

As well as introducing the more unusual spices his kitchen works with and explaining how he uses them, Ghai will reveal what the Indian home cook’s spice collection contains, and how they are used. It’s a hands-on session, so expect plenty of sniffing and tasting, as well as an exploration of the restaurant’s impressive homemade pickle collection.

The one-hour masterclass will be followed by a two-course dinner with a glass of wine, and the cost of the sessions, which begin at 4pm, is €100. Places can be booked by telephoning 01-5557755.

Dublin chef gets Saucy in London

Grainne O’Keefe, who takes up a her first head chef position in Dublin in August, can also add restaurateur to her already impressive CV, with the launch that same month of Saucy, the “fast casual pasta bar” on London’s Tottenham Court Road she is opening with her friend George Wells.

The former Pichet and Bastible staffer is designing the menu and developing the recipes for Saucy, and will be back and forward to London on a regular basis, while also working full-time in Dublin. She is also currently doing menu development for a new burger place opening in Dublin, also in August, which she says “will have a huge focus on sustainability”.

The summer chef-swap season at JP McMahon’s Aniar restaurant in Galway gets under way this weekend, when Syrco Bakker from Pure C restaurant in the Netherlands joins McMahon in his kitchen to serve a choice of five-, eight- and 10-course menus.

Next up is Alexandre Silva from Lisbon restaurant Loco (July 28th and 29th); Benoit Dewitte of the Ghent restaurant of the same name (August 11th and 12th). The series resumes in the autumn, with Daniel Burns of Brooklyn restaurant Luksus at Torst and Adam Reid of the French in Manchester already confirmed.