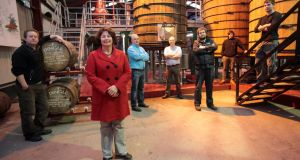 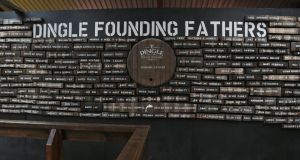 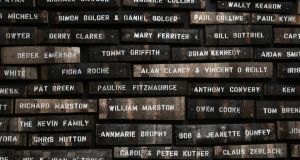 Dingle Distillery feels as if it has been here forever. The building in which it sits looks out over Dingle Bay, making the view from the distillery floor possibly one of the most dramatic in modern industrial life. The business is, in fact, less than a year old. It is Ireland’s first purpose-built distillery in 200 years, and stands alone as the only Irish-owned whiskey distillery in production in the country. I’m here for a three-day whiskey school with a group of people from all walks of life who, like me, are enthralled by the idea of a new Irish distillery. Irish whiskey is booming and while there are up to 20 new distilleries in planning, this is the first of this new wave to get into production.

The air is heavy with the aroma of malted barley and fermentation. It’s a place that feels alive. We’re told early that this is no tourism facility and that while their doors are always open to passersby, the distillery is a fully functioning whiskey factory - and we’re here to work. Leading the charge is John McDougall, a 73-year-old Scottish master distiller, who was born to the trade and has given a lifetime to its development. He speaks with pride about seeing a circle completed with the creation of the Dingle Distillery. “Whisky came to Scotland with Irish emigrants,” he explains, “and now, to help bring it back here at a time when there are no other Irish-owned distilleries, is an honour.”

Carrying this note of pride through everything, our lesson begins: It takes three years and a day to make Irish whiskey and the wooden casks in which it is slowly maturing around us release a sweet, warm perfume – the angel’s share, explains McDougall. A distinguishing feature of Irish whiskey is that it is often triple-distilled, and watching over everything are three glorious copper stills. Hand-built and hand-beaten in Scotland and shaped to a unique design, they take the essence that comes from mashed barley and each in turn distills it into a spirit which is casked and – through the process of ageing – becomes malt whiskey. McDougall talks about them like they are living things and in the light and the halflight of the distillery they do seem to breathe and move.

Apart from these stills, everything about the distillery is Irish: the barley comes from Irish farms, it is malted in Cork and gets milled in Kilkenny. The water comes from the distillery’s own spring well, and the sweet, mashed remains of the barley return to farms as feed for cattle and sheep. You can get as close to the grain as you want, including, as one person did, climbing into the huge mash container and shovelling out the mashed barley. It’s as hands-on an experience as you can imagine and as the hours and days pass you begin to understand whiskey, letting learning grow into knowledge.

The real engine of this business is the people who work here: from the young men who have returned from abroad - and closer to home - to be trained in an industry with a bright future, to the distillers Peter Mosley and Brian Taft, the owners, including the man behind the Porterhouse chain Oliver Hughes, and manager Mary Ferriter. They’re an incredibly happy and professional bunch and as we eat dinner together in the evening you can tell that it’s real, that they are delighted to be here, to be working and living in Dingle.

The Porterhouse group has a brewery in Dublin and it would have been an easy option to build this distillery there. It would have been cheaper and faster and, although John McDougall doesn’t agree, the whiskey probably would have tasted very similar. But the decision was made with a larger vision. Oliver Hughes is a long-time visitor to Dingle. He believes in the town, he explains, and the area. He simply knew it was the right place and, while it was a harder sell to those purely motivated by finance, he believed that if he could make a whiskey here it could be world class. The distillery already sells a Dingle gin and vodka brand which won gold and bronze respectively at the recent Blas na hEireann food awards. They are on sale in every bar and restaurant in the area and much further afield. Every barman I spoke to talked of how their customers loved it. Not because it was from the town but because they both had such great flavour and identity.

One wall of the distillery dominates. It’s covered with pieces of wood with the names of the founding fathers. These are small investors who have bought their own cask of whiskey now, for drinking in five or more years. So far, 350 named casks are lined up in the distillery, with room for 150 more at €6,000 each (a cask contains approximately 400 bottles). The programme is limited to the first 500 casks produced. The distillery can produce two casks of whiskey per day and so this represents the fruits of the first 250 days of production.

After five years you have four options: you can have the whiskey bottled and labelled with your name; after five years you can simply remove the cask from the distillery and store it elsewhere; you can choose to sell it back to the distillery with a minimum 4% compounded return; or you can choose to keep it in Dingle and allow it to mature further, and increase in value and given that they say whiskey doubles in value every three years, this is an attractive option. But the real value in being a Founding Father, it seems, is to be able to join the distillery family, to say that you were there at the beginning. It’s interesting when you read the names of the people who have become founding fathers - fathers and sons have bought a cask together, mothers and daughters, entire families, groups of friends sharing a cask. It’s a unique way to bond and grab a slice of what promises to be a very bright future.

On our third day, after following our malted barley through each step of the distilling process the new spirit is almost ready. As we wait for it to appear John McDougall is excited. He’s seen this happen thousands of times before but as the first drops of spirit pour from the still, the years suddenly fall away and he’s like a boy again, grinning with pride. It’s a wonderful thing to see and he says he can’t explain it except that he loves what he does and feels incredibly lucky to be still doing it. He passes the pure spirit around for us to smell and taste. He explains the aromas, the feeling on our throats and tongue. The flavour is intense, shaking us awake. Tasting something so fresh and pure is a real privilege and at McDougall’s suggestion we all rub some of it into our scalp. He swears it’s what has kept his full head of hair all these years and we don’t doubt it, even though some of our hairlines are past the point of return.

Now the spirit will be casked and matured. They use three types of cask - bourban, sherry and port. Each has its own distinctive signature and affects the spirit in different ways.Over the next five years the wood and its history will shape and change the spirit. It will darken in colour, it will grow sweeter and smoother. The alcohol content will change and the true identity of this new whiskey will appear. Years must pass before that final identity is known but as students of the whiskey school we get a taste of the future. Three casks are opened, each only ten months old. The flavour is incredible: already smooth and warm. The flavours from the three cask types is remarkably different. The colours of each reflecting the sherry, port and bourban casks in which they are aging. It’s a wonderful glimpse of where this distillery is going and it confirms our belief that the Dingle Distillery will succeed and that it is a business that has found its place in the world.


The next Dingle Whiskey School is scheduled for January 2014. For details see dingledistillery.ie