‘Mistakes happen, said the restaurant in a tweet, telling staff who served the French red, ‘chin up!’ 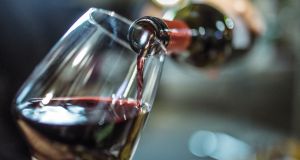 A Twitter user responded saying the wine was ‘nice when we added the lemonade and ice cubes’. Photograph: E+/Getty

A lucky diner was accidentally given a £4,500 bottle of red wine at a steakhouse in Manchester . A member of staff at the Manchester branch of Hawksmoor, an upmarket chain specialising in steaks and seafood with nine sites across the UK, apparently served the luxury wine unknowingly in what the restaurant management described as a “one-off mistake”.

Hawksmoor Manchester said on Twitter it hoped the customer “enjoyed your evening” after they were given the 2001 bottle of Chateau le Pin Pomerol.

The tweet also sought to reassure the person responsible for the costly faux pas: “To the member of staff who accidentally gave it away, chin up! One-off mistakes happen and we love you anyway,” the tweet read.

To the customer who accidentally got given a bottle of Chateau le Pin Pomerol 2001, which is £4500 on our menu, last night - hope you enjoyed your evening! To the member of staff who accidentally gave it away, chin up! One-off mistakes happen and we love you anyway 😉

One Twitter user seemed to imply with a comment that he is the diner in question, claiming the high-end wine was only enjoyable after mixing it with ice and lemonade. “I don’t know about 4500 quid, but it was nice when we added the lemonade and ice cubes... ??, a post said.

Tasting notes for Chateau le Pin Pomerol on wineinvestment.com read: “A tremendous effort, this 500-case cuvee (one of Bordeaux’s original garage operations) is even better in 2001 than it was in 2000.