Italy’s food is delizioso from top to toe

Benvenuto to a region-by-region guide to Italian cuisine 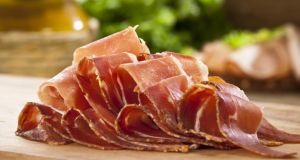 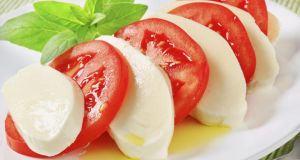 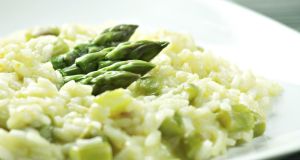 Risotto with rice from Lombardy

The term “Italian cuisine” is both convenient and misleading. What most outsiders assume to be Italian food is really just Neapolitan cuisine – pizzas, pastas, lots of tomatoes and olive oil – with a few other dishes thrown in for good measure – Roman fettuccine Alfredo or chicken cacciatore from Piedmont. And all washed down with red wine poured from straw-wrapped flasks labelled Chianti.

But like pretty much everything else in Italy, cuisine is local and all about the spirit of campanilismo, an identification with and loyalty to one’s own community, represented by the church tower, or campanile. Every Italian region has a distinctive cuisine that makes full use of local produce, and while you’ll find the classics on most Italian menus, by far the most interesting dishes are the ones specific to that region or even town.

Italy’s food basket and the unofficial capital of Italian gastronomy is Emilia-Romagna, with a quality and range of food that is unrivalled in Italy.

Parmigiano-Reggiano is produced by 737 producers throughout the province of Parma and is stamped with a seal of approval as rigorous as that given to the best wines.

The best Parma ham, or prosciutto crudo, is produced in the Appennine town of Langhirano, just above Parma, but locals are just as devoted to their boiled ham (prosciutto cotto), mortadella and culatello, cut from the leanest part of the hind leg.

Modena is the birthplace of Pavarotti and the world’s most famous vinegar, although to call aceto balsamico tradizionale just a vinegar is like saying Luciano could carry a tune. It hardly does justice to its ability to exalt virtually everything it touches, from cheese to strawberries.

The region’s pasta courses are unmatched anywhere. Unlike the dry pastas (pastasciutta) of the south, in Romagna they use pasta all’uovo, a more golden pasta made with flour and eggs. A popular dish throughout the region is the tris, where you’re served three different pasta courses, such as lasagne verdi (which uses a green pasta made with spinach), filled pastas such as tortelloni al pomodoro, and the ubiquitous tagliatelle al ragú, made with a sauce English-speakers know as Bolognese, after the city of its birth.

Tuscan food is less elaborate than that of its neighbour in Emilia-Romagna. Soups are a mainstay of the menu, especially the likes of minestrone, ribollita (usually made with beans, cabbage and onions) and cacciucco, a superb fish-and-seafood stew from Livorno.

Tuscany’s best-known dish is bistecca alla Fiorentina, a huge piece of steak cut from Chianina cattle that is also the perfect complement to the region’s superb red wines, dominated by Chianti but also including the excellent Brunello di Montalcino, Carmigiano and Morellino di Scansano, a full-bodied red that goes well with wild boar and other game also popular on Tuscan menus.

A Florentine specialty is tripe, which tastes nothing like the Irish version soaked in milk and served with onions. In Florence it’s made with carrots, celery, tomatoes and cheese and is washed down with a nice glass of Chianti.

You won’t find fetuccine Alfredo on any Roman menu, but you will find fetuccine Maestose al Burro, made with lashings of butter and Parmesan cheese but none of the cream that has found its way into international versions of the dish.

Plenty of other pasta dishes hail from the region, including spaghetti Carbonara and those labelled all’Amatriciana, which means they originate from the north Lazio town of Amatrice. The classic Roman meat dish is Abbacchio al forno, oven-roasted, milk-fed lamb with rosemary and garlic.

Mountainous Abruzzo’s westernmost boundary is only 70km from Rome, but the region and its gastronomy are the forgotten treasures of central Italy.

A special Abruzzese treat is la panarda, a feast comprising up to 50 separate dishes that can go on all night and is especially popular in the village of Villavallelonga.

Emilia-Romagna’s only real rival for gastronomic diversity and excellence is Campania, dominated by Naples and the Amalfi Coast. It has given us spaghetti al pomodoro, Caprese salad, limoncello liqueur and pizza – the great culinary creation of Naples, a light crust topped with San Marzano tomatoes from the Sarno valley and mozzarella made from the milk of water buffalo.

In the 19th century, Neapolitans were nicknamed mangia maccheroni (maccheroni eaters) and the region remains devoutly committed to eating pasta, which is tastier and more varied here than anywhere else in Italy.

Unique to the Amalfi Coast are Scialatielli, a short pasta served with seafood, cherry tomatoes and grated Parmesan.

The Campani are also renowned for their rich seafood: octopus stewed in a clay pot with capers, olives and parsley; boiled squid and cuttlefish served in salads, stuffed and baked; and eel marinated in vinegar and herbs or cooked in tomatoes and white wine (a popular Christmas dish).

Beyond Campania, the cuisine of southern Italy is also worth investigating. Sicily is justifiably renowned throughout Italy for its wonderful produce and inventive cooking, a fusion of centuries of Arab, Spanish, French and Italian influences.

Sicilian vegetables are probably the tastiest in the country – you won’t eat better tomatoes anywhere – and its pastries and cakes are sublime.

As befitting the region with the longest coastline in Italy, seafood is a specialty in Calabria, including bruschetta al tonno, where tuna is added to the traditional tomato starter; and vongole al pomodoro leggero, clams in a light tomato sauce.

A popular snack is chickpea crostini (crostini di ceci) and, as it’s the south, the Calabrian version of pizza is called focaccia al pomodoro.

Sparsely populated Basilicata, occupying the arch of the Italian foot between Apulia and Calabria, is a mountainous region with poor soil, but the locals have managed to create a few specialties worth checking out. Cialled is a vegetable soup made with broccoli and served with hard-boiled eggs.

A favourite pasta dish is orecchiette alla Potentina, made with pork-and-beef meatballs and served with grated mozzarella and pecorino cheese.

Italy’s heel, Apulia, is the country’s largest producer of olive oil, so inevitably it is found in every local dish, from tomato-topped bruschetta to polipetti Baresi, boiled octopus served with oil and lemon – a dish popular in Bari. Another specialty is Quagghiaride, an old shepherd dish imported from Greece and eaten in the province of Foggia: a sheep’s stomach filled with chicken giblets, lambs’ hearts, scamorza cheese, eggs and salame that is baked and served with raw celery or rocket.

Apulia’s cheeses are exquisite, especially its ricotta, provolone, pecorino and burrata, a rich, creamy cheese with a shiny skin

If the cuisine of southern Italy is soaked in sunshine, the food of the north is designed to provide sustenance in colder climates – but this is Italy, so the food is just as tasty. The country’s industrial heartland of Lombardy has plenty of local dishes to please the gourmand. The staple is polenta, cornmeal mush that is especially popular in Bergamo, Brescia and Sondrio – a local variation is polenta Taragna, a soft polenta served with cheese and butter.

The Po Valley is a major rice producer, so risotto is ubiquitous and served with a variety of ingredients including saffron or mushrooms.

Lombardy is also the place to try cotoletta alla Milanese – veal cutlet dipped in egg and bread crumbs and sauteed in butter – while locals will swear that their ossobuco (slow-cooked veal shin served with a sauce of lemon peel, garlic and parsley called gremolata) is the best in the country.

Piedmont shares a border with France, which means its cuisine has a more Gallic flavour than that of any other region. Local specialties include Caponet – courgette flowers or cabbage stuffed with minced meat, sausage and cheese then dipped in egg and sauteed in butter.

Offal is especially popular – a favourite in Turin is Finanziera, made with chicken livers and gizzards, cockscombs, porcini mushrooms, minced veal and wine.

The region is also known for its fine wines, which include Barolo, Barbaresca and Barbera.