If meat is murder, is it killing us?

Meat used to be a treat and, somehow, we have got to try to get back to that concept 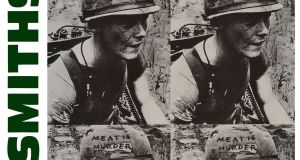 Maybe that Morrissey was right.

A week later came a double whammy in the shape of a letter to the candidates for the post of director general of the World Health Organisation. The 200 signatories were, once again, candid and concise: “The extent to which we now produce and consume animal products is harming our health.”

While no reasonable person would ever want to admit that Morrissey of The Smiths was right, it seems that meat is, indeed, murder. Industrial animal farming is killing us, and killing the planet.

The problem appears to be a simple one. Our ancestors ate meat once a week, and would have consumed between 5k and 10kg of meat in a year. Today, we are eating 10 times that amount.

In the EU and the US, more than 75 per cent of antibiotics are used in agriculture

Meat protein, for many people, is the whole point and purpose of dinner. If it ain’t chicken, then it’s sausages. If it ain’t lamb stew, then it’s steak. And roast beef on Sunday, of course.

But all this meat costs us a pretty penny. In the EU and the US, more than 75 per cent of antibiotics are used in agriculture, and current estimates suggest that 700,000 people die from antimicrobial- resistant diseases each year.

That’s a tragedy, but just imagine the consequences if the consumption of antibiotics in animal food production grows by 70 per cent between 2010 and 2030, as current projections suggest.

Actually, we don’t need to imagine the consequences, because we can put a figure on them: the projected number of deaths caused by drug-resistant microbes is estimated to be 9.5 million per year by 2050. That’s more deaths than are currently caused annually by cancers.

Meat used to be a treat and, somehow, we have got to try to get back to that concept. For the sake of our health, we need to view meat as a flavour element of the dish, and not the dish itself.

In short, we need to become like the Tuscans, who were nicknamed mangiafagioli – “beaneaters” – by their fellow Italians.

Sausages always seem lonely to me, unless there are also white beans or lentils in the pot

In my own cooking, I try my best to find a good partner for the meat. Over the past 18 months, the dish I have cooked most often at home is Jordan Bourke and Rejina Pyo’s Warming Chicken and Potato Stew, a super-lovely mix of chicken thighs with spuds, carrots, onions, chillies, scallions, sesame seeds and heaps of the signature Korean chilli staples: gochujang and gochujaru. With plenty of kimchi on the side, it’s a keeper.

Any curry you make with meat is made much better when you add an element that soaks up the sauce – aubergines, sweet potato, spinach, chickpeas, mango, mung beans – while also stretching the meat further, and giving you more contrasts of flavour and texture.

And sausages always seem lonely to me, unless there are also white beans or lentils in the pot.

By making meat a treat, we can solve the issues of human and environmental health.