Indie Beer Week: A celebration of more than 30 Irish microbreweries

This beer festival kicks off this weekend with tastings, tap-takeovers and open days around the country 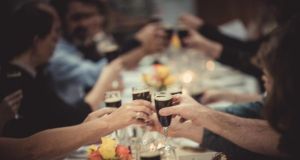 What’s the closest brewery to you? This is the week to find out – and drop in for a visit with more than 30 microbreweries opening their doors around Ireland to celebrate Indie Beer Week. The festival, in its second year, aims to promote “real beer” made by independent microbreweries.

And just to recap – the definition of an independent brewery means that output cannot be above 40,000 hectolitres, and the brewery cannot be owned by another brewery. Franciscan Well in Cork, for example, is owned by Molson Coors, while 8 Degrees was last month bought out by Irish Distillers.

There are some 72 craft breweries across Ireland, according to Bord Bia’s 2017 report on craft beer, which confirmed that the industry’s upward curve is set to continue – another good reason to join in this week-long celebration of beer with tours, tap-takeovers, tastings and more.

The Porterhouse, one of Ireland’s first Irish microbreweries, will be hosting open day tours of their new brewery in Glasnevin. Another Dublin brewery Rascals is also expanding with a new site in progress in Inchicore, while in Co Laois, Ballykilcavan is installing a new brewery in the grain store building on the family farm, which will form part of a tour around the site including their walled hop garden and their latest crop of barley.

Kilkenny’s Costellos brewery is heading to the races to celebrate Indie Beer Week with a tap-takeover at the bar in at Gowran Park. Head to the Metalman pub in Waterford for a beer scavenger hunt around the city, or at the other end of the country in Donegal, Kinnegar is holding their family-friendly Big Day Out.

There’s jazz and pizza in the Boyne Brewhouse in Meath and a Long Table Dinner in the Dungarvan brewery for a special evening of beer paired with fine local foods.