Cancer warnings on labels: the latest battle in alcohol regulation 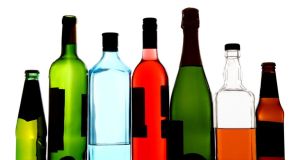 In the war that is the controversial public health legislation on alcohol, the next big battle is cancer warnings on drinks labels. The skirmishes have already started, and the director of the Alcohol Beverage Federation of Ireland (ABFI), Patricia Callan, has identified what for her is a central issue.

In a letter to The Irish Times this summer, the lobbyist wrote: “No other country in the world has mandatory cancer labels on alcohol products, and therefore such a measure applies a stigma to products made in Ireland.”

Almost no other country. South Korean authorities are also working to require cancer warning labels on plum brandy, a speciality of the region, although the provision is not yet in place.

Every day three people die from alcohol-related illness in this country, 'many largely unaware of the risk associated with alcohol consumption'

Callan’s letter highlighted the costs to the industry of Ireland-specific labels. She predicted these labels will cause barriers to trade and undermine the EU single market. She suggested there is no need for Ireland to go it alone on labelling when it was being considered at EU level.

In a letter of rebuttal – also published in The Irish Times – Alcohol Action Ireland head of advocacy Eunan McKinney said that every day three people die from alcohol-related illness in this country, “many largely unaware of the risk associated with alcohol consumption”.

McKinney noted that the EU has granted the drinks industry an exemption since 2011 from obligations to provide product information to consumers.

So while every other edible or drinkable product, including alcohol-free beer, must list ingredients, there is no such requirement for alcohol.

The Public Health (Alcohol) Bill has been almost three years in the debating since it was first introduced by then minister for health Leo Varadkar in December 2015. In the interim, a bill from Independent Senator Billy Lawless to allow pubs, restaurants and other licensed premises to sell alcohol on Good Friday has been implemented, and 2018 was the first year of its operation.

The Oireachtas also passed legislation before the summer recess, from Labour TD Alan Kelly, which will allow craft beer breweries to sell their alcohol to visitors, effectively creating off-licence premises.

In the meantime the Public Health (Alcohol) Bill is still in the legislative process.

Intended to tackle Ireland’s drink problem, it includes four main provisions: segregation of alcohol from other products in shops; minimum unit pricing, to prevent supermarkets and other stores selling alcohol at below cost; a broadcasting watershed to prevent alcohol advertising before 9pm; detailed health warnings on labels including the level of alcohol in grams, the energy qualities in kilojoules and kilocalories, and warnings that alcohol is harmful to health and a health promotion website address.

There were lengthy delays and bitter argument over segregation, which aimed to reduce visibility of alcohol products, particularly for children. This was eventually resolved after more than two years, through a compromise that satisfied small supermarket owners with less stringent requirements on visibility and a longer lead-in time for implementation.

The Irish drinks industry did not take on the minimum unit pricing provision. Its counterparts in Scotland were already conducting that battle, a five-year process through the Scottish and then the European courts, then back to Britain for the Supreme Court to confirm its agreement with the EU, ruling that minimum unit pricing could be introduced to protect public health.

It came into effect in Scotland on May 1st, and in June the Welsh parliament passed similar legislation. Alcohol Action Ireland’s latest price survey has revealed that a woman can reach the weekly low-risk maximum threshold of 11 standard drinks for as little as €5.49; while a man can hit the 17 standard units of alcohol limit for just €8.49.

Our point has always been if you can make your product and put a label on it to go to America, why can’t you do it here?

Watershed rules for broadcasting alcohol advertising are in place in a number of countries, and while there has been little focus on the debate about the proposal to ban such advertisements in Ireland before 9pm, the European Commission is also reviewing the watershed and its potential impact on trade.

But it is the Bill’s proposals to require cancer-related label warnings have provoked international interest from both public health organisations and the drinks industry.

The legislation originally provided for a rotation of health warnings on bottles. Department of Health sources said it would be “the same as on cigarette packets – one could have been about your liver and one about cancer”.

But under amendments from senators Ged Nash (Labour) and Frances Black (Independent) accepted by the Seanad, every label on every bottle and can would inform drinkers of the direct links between alcohol and fatal cancers. The labels must also warn that alcohol is a risk to health and a risk in pregnancy.

But Nash’s Cork East TD party colleague Seán Sherlock caused consternation when he submitted amendments, when the Bill was at committee stage in the Dáil, to remove cancer warnings entirely and to remove the provision determining the size of the warning labels.

He argued, as have many drinks industry representatives, that plenty of other products cause cancer, so they should all carry cancer warnings and that alcohol should not be singled out.

Labour has been a committed supporter of the legislation, so Sherlock’s move was a surprise.

In any event, Minister for Health Simon Harris withdrew the amendment requiring one third of the label to carry health warnings after the European Commission said the measure was “disproportionate” for what the Minister was trying to achieve.

The provision that warnings will be “conspicuous and evident” will be kept, rules that also apply under World Trade Organisation regulations.

Under EU procedures, when legislation or amendments are introduced that may impact on trade for other member states, they are notified to the European Commission to allow it, as well as other member states and interested parties, to comment.

The cancer warning labels, the size of the warning and the broadcasting watershed were referred to the commission. A deadline of July 20th was set to receive submissions, and because of this the passage of the legislation in the Dáil before the summer recess was delayed.

The commission received 24 submissions, 18 of them from health advocacy groups including those in the US, Switzerland, Norway, Scotland and Belgium, as well as the Alcohol Health Alliance and the Royal College of Physicians in Ireland. All supported the legislation and warnings.

Six were from drinks industry representatives including Canadian, US, New Zealand and Australian organisations. All opposed the warnings.

The commission’s comments and those of other member states were not divulged, but Minister of State for Health Catherine Byrne told the health committee that “as no negative opinion was issued there is no block at EU level to this measure being enacted”.

The legislation is expected to complete its passage through the Oireachtas – cancer warning labels included – in October. There will be a detailed process to introduce specific regulations around that labelling, including the font, type, colour and size of labels, which the European Commission will review.

The alcohol industry is concerned at the cost of warning labels but the Alcohol Health Alliance pointed out that Irish manufactured alcohol for sale in a number of countries, such as the US and Israel, carry health warnings.

“Our point has always been if you can make your product and put a label on it to go to America, why can’t you do it here? They put the label on it here in Ireland,” said the health alliance.

“In our law it doesn’t prescribe who does the label; the issue is once it’s for sale in the State it has to have a label on it.”

What does the ABFI, the main representative for the drinks industry in Ireland, think? The federation said it would “continue to engage with Government representatives and stakeholders ahead of the alcohol Bill returning to the Dáil for the final stage as we remain extremely concerned about a number of proposed measures”.

The federation believes that if Ireland becomes the first country in the world to introduce cancer warning labels, it would create a “significant barrier to trade within the European Union. This is at a time when Ireland is increasingly exposed to Brexit-related trade risks”.

It is suggested that this could go the way of minimum unit pricing which took five years through the Scottish courts.

Is the Irish drinks industry thinking of court action? “As the alcohol Bill has not completed the legislative process, the industry has no plans beyond this at present.”

The Alcohol Health Alliance points out that it is more than 1,000 days since the Bill was first introduced, but it has not yet passed because it “continues to be assaulted and delayed by the tactics of a hostile alcohol industry”.

The alliance notes the commission’s non-negative finding and is hopeful that the legislation will be passed early in the new Dáil term which begins on September 18th.