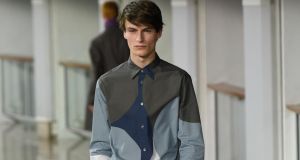 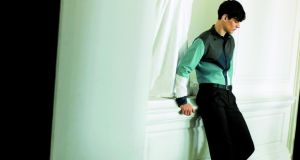 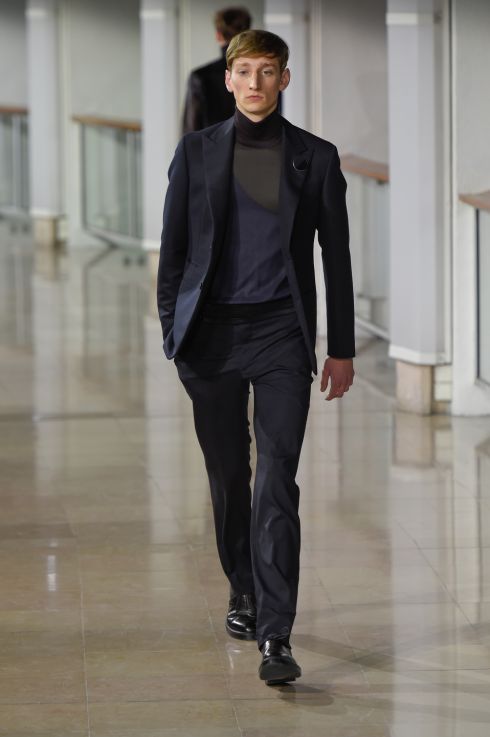 Richard Gorman’s studio in Milan, spare, white and paint-spattered dominated by the visual power of his bold, colourful work has nothing in common with the studiously stylish interiors of Hermés stores worldwide nor its refined Parisian fashion shows.

Yet the celebrated Irish painter and the historic French luxury brand have joined forces to collaborate on a carré scarf, the first time an Irish artist has been invited to work on such an exchange. The original carré started out as a project of Robert Dumas way back in 1937 and since then it has taken on a life of its own, the company collaborating over the years with many distinguished artists including Raoul Dufy, Cassandre and more recently the contemporary Chinese artist Ding Yi.

This art and fashion exchange has proved fruitful for both sides. Bali Barret artistic director of the Women’s Universe at Hermés discovered Gorman on the internet through a link on Nathalie du Pasquier’s website – an artist and friend of Gorman and one of the founders of the postmodern Italian design and architecture group Memphis.

“I was really attracted by his great sense of colour and his sharp abstract work. I ordered books from his gallery in Dublin and was even more thrilled and seduced. We met and really had a mutual “coup de coeur”, she says.

For Richard, it was an involvement with a new process, “with a family business, a generous and civilised family”, he says. “I am a painter and printmaker and have no experience of the design world, but it has been an interesting collaboration.

“Hermes bought one of my paintings and we worked together on colour variations to make a series of scarves called Squeeze.” The Squeeze comes in a series of seven colourways that are silkscreen printed in Lyon. The Squeeze has also tightened its grip on Hermes menswear where the colour choices in darker tones were made by Véronique Nichanian, artistic director of the Men’s Universe who reworked the colouration to create new variations. It has been used several times in the AW menswear collection, in a blouson in glossy calfskin in carbon tones and in silk or cotton shirts based around colours like celadon, Prussian blue and bronze.

Gorman’s involvement has further progressed to a window in the Maison Hermés in Shinjuku, Tokyo, where he has created large-scale works on specialised Japanese kozo washi paper for the display which will be installed in October.

Such painstaking papermaking is an ancestral family tradition in the paper factory Iwano Heizoburo in the west of Japan where Gorman regularly works.

These are busy times for the artist who told the Gloss that the experience of working with Hermés is a “lovely way for a little of my work to reach an entirely different audience”. An essay on his work by Nick Fox Weber, who was recently awarded a honorary arts degree in UCC, will accompany an exhibition of Gorman’s work in Milan in November.

Next year he will have an exhibition in Castletown House in June, followed by an exhibition of prints in the SO Gallery in Dublin. In the meantime his Squeeze now embellishes the ensembles of many a stylish outfit and such art on silk can be bought in Hermés in Brown Thomas for €350.

The collaboration features in the new Le Monde d’Hermes magazine, out this month.

I rent out my Irish house but live abroad. Do I have to pay tax?
5