The Welsh former model overcame tragedy to reach the pinnacle of fashion fantasia as the creative director of American Vogue, where she is an able foil to formidable editor Anna Wintour 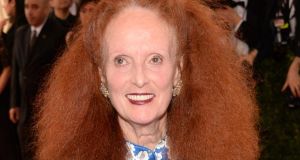 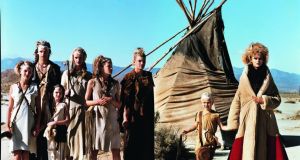 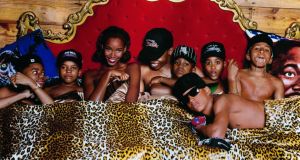 Despite several decades spent at the forefront of the fashion industry and countless column inches devoted to her life and work, Grace Coddington remains something of an enigma.

The current American Vogue creative director was reluctantly dragged into the public’s eyeline by the success of the 2009 documentary The September Issue, which delved deep into the inner workings of the magazine. Coddington is the beating heart of the documentary. She is an able foil to formidable editor Anna Wintour. At Vogue, she is the only person who stands up to Wintour, and the person who is most visibly disappointed when her ideas are squashed. Wintour is hyper-aware of Coddington’s singular abilities as an editor and stylist: her eye for sumptuous detail, her ability to weave narrative richness into otherwise sparse fashion shoots and the ingrained love she has for her job through several decades of working in the industry. Their close, slightly spiky relationship is the hook on which The September Issue hangs.

Phaidon’s reissue of Grace: Thirty Years of Fashion at Vogue is evidence of the upsurge in demand for Coddington’s work. The large-format book, originally published in 2002, is part aesthetic lexicon, part solid retrospective of her far-reaching body of work. Her work with 30 of the world’s best photographers – including Bruce Weber, Mario Testino and Annie Leibovitz – is explored, and almost every model of note from the last quarter of the 20th century makes an appearance.

Before her 30 years at Vogue (actually, 2015 marks 56 years of association with the title; she won a Vogue modelling competition in 1959 at the age of 18), Coddington was a pale schoolgirl with a shock of red hair, reading copies of the magazine in her room in a small village on Holy Island, just off the coast of Anglesey in Wales.

With adulthood came a swift exit stage left, and Coddington found herself modelling in London, due in no small part to that Vogue competition.

When Jean Shrimpton, face of the Swinging Sixties, was christened The Shrimp, Coddington was dubbed The Cod. She spent the first half of the decade posing for photographers such as Norman Parkinson and David Bailey, modelling Vidal Sassoon’s now-ubiquitous five point haircut and having an inordinate amount of fun. But at 26 her modelling career was sharply halted by a car accident in which her left eyelid was sliced almost clean off.

At 28, Coddington started working behind the scenes as a junior editor at British Vogue, and, bar a year in the 1980s spent working for Calvin Klein, spent the subsequent decades working her way up to her current position.

But Coddington doesn’t tend to dwell on the past. In Grace: A Memoir, her 2012 autobiography, she describes the traumas and tragedies of her rich life – the accident, a miscarriage at seven months after football fans overturned her car during a riot, her sister’s death in mysterious circumstances and Coddington’s subsequent adoption of her young son – dispassionately. It is in great contrast to her trenchant wit in The September Issue, a sliver of ice at odds with Coddington’s throbbingly vital styling work.

Grace: Thirty Years of Fashion at Vogue is a compendium of the best of that work, a pitstop at the crossroads of wit and fantasy. Within the pages, one can see a young Anjelica Huston, reclining on a bed with orchids tucked behind her ears in a pastiche of Art Deco fabulousness; Christy Turlington channelling Jean Seberg in a note-perfect homage to Godard’s Breathless, and Kate Moss, swaddled in furs and chased by paparazzi as she roams the street of Paris with Puff Daddy.

Coddington’s work is regarded as the pinnacle of fashion fantasia. And it is, especially when refracted through so many lenses, from the technicolour sensuality of Ellen von Unwerth to the unashamed romanticism of Arthur Elgort.

She has no intention of slowing down her weighty output. A book of her work, plugging the gap between Grace: Thirty Years of Fashion at Vogue and the present, will be published by Phaidon in autumn 2016. “I still weave dreams,” Coddington wrote in her memoir, “finding inspiration wherever I can and looking for romance in the real.”

Fast Donnybrook flip with all the work done for €625k
5

Yotam Ottolenghi: This crowd-pleasing pie feels like a big hug
8

Covid deniers: for the sake of the vulnerable, do what’s asked of you
Real news has value SUBSCRIBE