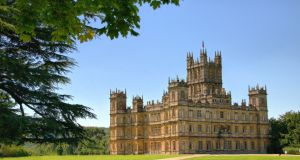 Fancy living out your Crawley fantasies? The Carnavon family (the fifth earl was, with Henry Carter, the discoverer of Tutankhamen’s tomb in 1923), owners of Highclere Castle where Downton Abbey is filmed, have decided to open up a guest lodge on the estate.

The castle is already a popular attraction, but now guests can overnight in London Lodge, two newly restored 19th-century buildings on either side of the grand Georgian gatehouse, which was built in 1793.

Each building has a double room, a little kitchen and dressing room and is decorated in a modern Cotswolds-cottage style. Each lodge costs £350 per night but are booked out until spring; see highclerecastle.co.uk