Digital learning at their fingertips

While new technology brings some challenges for parents, the opportunities it offers are almost limitless, writes Ciara O’Brien 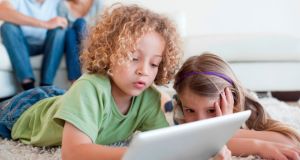 The iPad and other tablets have become a fixture in the home for entertainment, so why not take advantage of new technology to give your children a boost in their education?

From a young age, children are demonstrating an ability to use touchscreen devices, opening up a new world to them that didn’t exist for their parents growing up.

A wealth of information and educational material can be accessed from sources around the world. Free online courses allow both children and adults to hone their skills in the comfort of their own home, at their own pace.

Schools across the country are using tablet devices in place of text books, eliminating the need to lug around a heavy bag every day.

And given that children seem to take to the touchscreen interface so readily, it’s the ideal tool to help educate your child.

Salman Khan recognised the opportunity digital learning would bring to schools and students of all ages. His not-for-profit Khan Academy has more than 2,000 online tutorials on everything from maths, art, science and economics, and all available for free. Practice sessions for some subjects are available online too, giving children the chance to test their maths or programming skills.

At a TED (technology, entertainment and design) talk in 2011, he spoke of changes to the traditional classroom, with students taking home video lectures to watch and completing the traditional homework exercises in class, where the teacher was on hand to help.

“By removing the one-size-fits-all lecture from the classroom and letting students have a self-paced lecture at home, and when they go to the classroom having them do work and have the teacher walk around, having the peers be able to interact with each other, these teachers have used technology to humanise the classroom,” he said.


Learning styles
Beryl Furlong, educational director with Irish company Wriggle which is helping schools bring in “digital schoolbags”, says the interactivity of the iPad and other mobile devices like it promotes better learning among children, engaging them with the topic through more interactive textbooks with video and audio elements.

Using the iPad for education purposes also opens up possibilities for different learning styles, Furlong says. While some children can learn by following written or audio cues, others require a more visual style of learning, which is ideally suited to tablets such as the iPad.

“We find the classroom becomes very different when the students and teachers are both using the devices,” Furlong says.

“If a teacher is showing the students an app, often we hear stories of children suggesting better apps. They’re learning in the background when they don’t even know they’re learning.”

Educational material can be accessed wherever the tablet device is, as long as you have a few apps to hand, meaning that learning doesn’t have to stop when the child leaves school.

And it means that if it takes a little longer to understand a concept, educational material like video tutorials, that can be accessed at any time, can be of major benefit to pupils.

It can also encourage children to learn independently, seeking out information for themselves.


Limit usage
But parents may be faced with a greater problem: how to keep their children from spending all their time glued to the tablet, and not necessarily with educational uses in mind.

While school networks can often lock out apps such as Facebook or YouTube from the networks, it’s at home that the device can cause problems.

But there are ways to limit just how much time your child spends on a tablet or mobile device without taking drastic measures. There are apps to impose a time limit on the usage of the tablet, such as TimeLock or Kaboom, both of which cost less than a euro to buy and are easy to set up.

With TimeLock you set a usage timer – say, for example, half an hour – and once the allotted time has passed, a series of popups will interrupt your apps continually until TimeLock is reset. It can be disabled by parents when a child needs more time, say for example, with homework projects being conducted on the app.

Kaboom, meanwhile, allows you to set rest and play timers, which range from five minutes to 24 hours.

If your child’s tablet has come via a school programme, there is also the possibility that the content is not only being restricted but also being watched carefully. Furlong says that the company is notified if a child downloads an app on to the mobile device, allowing them to review what was downloaded and if necessary, alert the school that the content may be unsuitable. While the controls already lock out apps rated at a certain maturity level, some content can sneak under the radar, such as SnapChat.

“From a classroom management point of view, the schools we work with don’t perceive it to be a problem. They have iPads flat on the desk so the teacher can see at a glance if they are on the right page or task,” explains Furlong.

On a simpler level, the iPad has some basic parental controls built into it that will allow you to lock your child out of some of the functions unless they know the password. The “restrictions” settings can be applied to everything from the default web browser and camera functions, to the ability to delete and install apps, locking out in-app purchases and barring content rated as explicit from podcasts and music downloads. You can also set a rating for apps that are allowed on the device, so even if there are some more adult themed apps installed on the device, they become invisible to your child.

While the new technology brings some challenges for parents, the opportunities it offers are almost limitless.

To make sure your child gets the most out of the mobile device, you will need to seek out a few good apps. A few suggestions for a range of age groups:

Thumbelina (€4.49/Android €3.99)
Taking popup books into the 21st century, Story Toys has a range of interactive titles to encourage a love of books in your child, while also encouraging them to read for themselves. Games in the pop-up
sections keep it fun and engaging.
Endless Alphabet (€3.59)
Another app that will work across both iPad and iPhone, Endless Alphabet features colourful cartoon monsters to help teach children letters, spelling and vocabulary. Puzzles and talking letters with more than 50 words to choose from.
Casper Babypants Music Time (€1.79)
Developed by the lead singer of The Presidents of The United States, this allows children (and possibly parents) to play along with 120 songs. It is aimed at everyone from beginners to those who already play an instrument, teaching chord changes so children can play along with the songs on their own instruments.
Symmetry School (€2.69)
Developed in Ireland, this geometry app lets you manipulate coloured dots to solve pattern-based puzzles, covering everything from rotational to reflexive symmetry. Not only does it help your child improve pattern recognition, but your children can work on their fine motor skills too.
Number Stax (€1.79)
It’s a little like Tetris, but with maths problems instead of simple shapes. Numbers and operators drop as blocks from above, and you have to match them with what’s already on the screen to clear the blocks. If you fail to complete the sums, the blocks creep higher and higher until it’s game over.
Haikitzu Elite: Robot Hackers
This multiplayer robot combat game teaches code as you battle robots. Compatible with both iPhone and iPad, it’s another way to get your children interested in coding in a fun environment.
TED (free)
Suitable for older children or even parents themselves, the TED app covers a wide range of video talks from interesting people in education, music, technology and business.
Khan Academy (free)
Download the Khan Academy’s app to access thousands of video tutorials online, from maths and science to economics. The tutorials are easy to follow and interesting, and teamed with the website, you can test out the new skills.