Christmas gifts with a sporting theme

From retro Lions jerseys to Heritage Hurleys, there’s an option for every sports fan 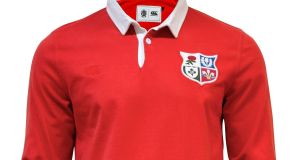 Retro Lions jerseys: will be particularly in vogue in the year of the summer tour to New Zealand. See LionsRugby.com 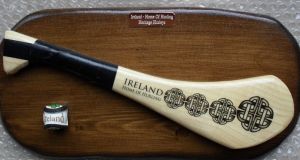 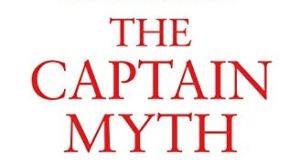 Richard Gillis’s timely look at what impact the two captains have on their respective teams during the biennial clash between Europe and the USA.

Following their debut annual last year The Irish Times Second Captains team return to review a packed sporting year of European Championships, Olympics, the Ryder Cup and more. This is the ultimate loving gift for the Second Captains fan in your family. Or a cousin you don’t really like. Going out with a fella for less than three months, or more than three years? Then the Second Captains Sports Annual, Volume 2 is for you. Price: €20.

Ahead of next summer’s tour of New Zealand, why not get in the spirit of the British and Irish Lions with one of the specially produced Canterbury commemorative jerseys? LionsRugby.com will cater for all of your needs, including a 1959 retro jersey. Price: From €90.

Sometimes, sports transcend the games they revolve around in watershed cultural moments. A beautiful collection of artwork from the Creative Action Network and Bleacher Report celebrates this legacy. Price: From €20 on creativeaction.network.

American sports continue to grow on this side of the Atlantic, and none more so than NFL. Monopoly make special edition versions of the classic board game like Sponge Bob, The Simpsons and Seinfeld. Now you can buy and sell your favourite gridiron stars too. Price: From €80 on Amazon.com.

Heritage Hurleys are based in Westmeath and make handcrafted Irish ash hurling gifts and souvenirs, personalised with images and text giving an engraved effect finish. Family crests and names are among the things you can get on the ash, as well as this year’s special 1916 Rising pieces and Christmas decorations. Price: From €32 at heritagehurleys.com.

If you’re a keen golfer who likes to experience as many of the fantastic golf courses around the island of Ireland as you can then this website is a godsend. The website allows you to buy reduced rate green fee packages to use any time over the next number of months. An example at the time of writing is a package of two green fees (including a breakfast bap and tea or coffee) for Palmerstown Stud Golf Club at a price of just €49.

Never forget that afternoon on the Hill when you got soaked to the skin but saw the Dubs win the All-Ireland, the Leinster match where you shed a tear as Brian O’Driscoll bid farewell or the Ireland game when you saw Robbie Keane claim the Irish international goalscoring record?. This diary lets you keep all your old tickets in the one place in a tidy, hardcover and even has a margin to allow you to add memories alongside the stubs. Price: €8 from Amazon.com.

8. The man who saved Barcelona: The remarkable life of Patrick O’Connell

If you have never heard the story of the man who captained Manchester United before going on to manage Barcelona, while saving the club from extinction along the way, then you need to read this book. Written by Sue O’Connell, the wife of O’Connell’s grandson Mike, it tells the story of the Dubliner’s journey through the highest echelons of football before his destitute death in London. Price: €24 from Easons.

In a year when Ryder Cup fever gripped the golf world, Richard Gillis’s timely look at what impact the two captains have on their respective teams during the biennial clash between Europe and the USA. Using exclusive interviews and saturation reporting, Gillis shows how strategy has evolved since the very first match in 1927, exploring the enduring and often surprising role played by some of the game’s greatest stars. Price: €20 from Bloomsbury.

For those who run outdoors these are perfect for chilly fall days that don’t quite merit an entire extra layer. Plus, if you decide you’re too hot, they’re much easier to take off and hold on to than a full-fledged running jacket. Price: €20 on Amazon.com.