Will health insurance cost me a fortune on returning to Ireland?

Ask the experts: Can I get cover without a waiting period if I’ve been insured abroad? 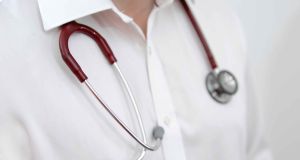 The VHI told me when I left that I would have to wait two years upon return (while paying premiums), even though I was to have no gap in cover. This seems very unfair and punitive. VHI said the only way to avoid the two-year waiting period would be to take their “international cover” at a cost of €10,000 a year. This seems extortionate. Why would they not accept the health insurance cover I have had in the US, which by the way is far superior? I am 58 years of age and would be looking for insurance just for myself.

There are a number of issues at play here. The rules regarding credit for time served and continuity of cover apply only to Irish health insurers such as the VHI, Laya, Irish Life Health, and restricted membership undertakings (ESB, Garda, Prison Officers) who are authorised to provide cover in this jurisdiction. None of these healthcare providers is obliged to recognise health insurance cover held abroad with an international healthcare provider.

One of the reasons for this is that we operate on a community rating basis, which means that Irish health insurers are not permitted to vary the premium to reflect the risk that they incur.

For example, a new member who joins with no waiting periods could theoretically be admitted for a hip replacement within two months of joining. In that case, the insurer would have to pay up to €15,000 even though it had received a premium of just €1,200 from the person who was insured. This member could then cancel their cover at the next renewal leaving the insurer with a significant loss. Most international healthcare providers operate on a risk-rating basis which means they can underwrite the policies to protect themselves from this type of risk.

Unfortunately, this reader technically will be treated as new member to health insurance when returning to Ireland. Once they take out cover within nine months of returning here, no age-related loadings will apply. However, they will be subject to the normal waiting periods on joining, the most important of which will be a restriction on pre-existing conditions (if any) for up to five years.

The two-year waiting period referred to above normally applies only to a situation where a member upgrades their existing cover and tries to use the higher cover for treatment of an existing medical condition.

Strictly speaking, most health insurance policies available in Ireland stipulate that the member must be resident here at least 180 days per year to hold cover. Anyone who may be abroad for extended periods of time will need to consider an international policy to ensure they are covered adequately.

Given that this reader already has cover in place through United Healthcare, getting a second or replacement policy through VHI International may not be an option for them as, strictly speaking, cover must be in place before travelling abroad.

Unfortunately, this reader’s predicament is not unusual. They will need to get cover locally with an Irish health insurer if they relocate permanently to Ireland and strictly speaking, full waiting periods will apply for the reasons outlined.

However, there are options worth exploring to see if the waiting periods can be waived. Firstly, their new employer may have agreed concessions with their health insurer where some or all of the waiting periods may be waived for new members. Even if this is not in place, the employer may be able to make representations to its existing health insurer on behalf of the new employee.

Secondly, the member can submit an appeal to any health insurer for these waiting periods to be reduced or waived. If they can demonstrate a clean bill of health and also the fact that quality cover was in place at all times, the insurer will normally consider these appeals on a case-by-case basis. As most of their membership was with VHI, the reader may wish to start this process with that health insurer first.

Dermot Goode is the founder of Totalhealthcover.ie, which provides consumers with information on all aspects of healthcare cover in Ireland. He is a qualified financial adviser (QFA) and a member of the Insurance Institute of Ireland. He has worked previously with VHI, Bupa Ireland, Mercer and IPT Healthcare Practices.

Have a query for our panel of experts about emigrating, life abroad or moving home? Email them to abroad@irishtimes.com. This column is a reader service and is not intended to replace professional advice.

Good news: Seven things that made us happy today
5

I nearly fainted at the sight of the cream. How can you call that carbonara?
Real news has value SUBSCRIBE