This election denies a voice to Ireland’s emigrants

Even those still legally entitled to cast a ballot will struggle to make it #hometovote, given the short notice 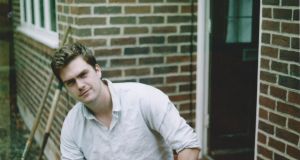 Sipke Shaughnessy: ‘Perhaps more than any other demographic, Irish emigrants have a high stake in the political future of this country.’

When Enda Kenny announced the date for Ireland’s upcoming general election on Wednesday, the political commentariat finally stopped holding its breath. Having speculated on the election date for weeks, voters were assured a swift three-week campaign period; a sprint, rather than the kind of pantomimic marathon plaguing our television screens from across the Atlantic.

For most Irish residents, I’m sure this comes as a relief. The short election period will ensure minimal disturbance before the nation can return to its favourite hobby: ignoring the doings of government until they’re asked to pay extra for water. However, few will have considered that, for the vast majority of Irish voters living abroad, three weeks is hardly enough time to book time off work and plan a trip home.

This election will, even more so than in previous years, deny a voice to Ireland’s emigrants. Notoriously, the Irish electoral system does not allow Irish citizens to vote from abroad. What’s more, emigrants are liable to lose their right to vote after living abroad for more than 18 months. Even if their name is still on the electoral register, legally they are not entitled to cast a ballot.

For those of us still on the register, the Taoiseach’s three-week warning effectively renders our democratic rights meaningless, except for those who somehow manage to make the necessary arrangements (and gather enough money) to travel home during that time.

There is a wider debate to be had about who should be allowed to vote in Ireland’s elections. I’ll leave that debate for more qualified campaigners, but I will say this: perhaps more than any other demographic, Irish emigrants have a high stake in the political future of this country.

A lot of us were forced to leave due to a lack of prospects at home, which reflects the fact that the Fine Gael-Labour Government’s supposed recovery has offered little hope to the country’s under 35s, who make up over 80 per cent of Ireland’s recent emigrants. When Ireland voted to legalise same-sex marriage last year, thousands of emigrants flocked home in order to participate in the referendum and make history. There is no doubt that Irish emigrants still care about and want a say in political affairs at home.

We are not talking about an insignificant portion of the population here. According to an OECD study last year, one in six (or 17.5 per cent of) Irish-born people now live abroad.

And numbers aside, let’s not forget that Ireland achieves much of its international prestige through its emigrants. Most of Ireland’s Oscar nominees this year left the country well before they achieved their current levels of success. The Taoiseach is granted an audience with the President of the United States every year, not because Americans have any real reason to care what we’re up to, but because of the millions of Americans who continue to claim Irish heritage today, as well as the thousands of Irish nationals who have settled there in recent years.

Even domestically, Ireland’s emigrants have proven rather useful in doctoring the Government’s economic recovery figures. Fine Gael and Labour’s triumphalist declarations of recovery are greatly aided by the fact that so many Irish people are now working abroad (thereby skewing the unemployment figures), rather than lining up at the dole office at home.

And is it any wonder? Given our youth and our disillusionment with the state of affairs at home, it is very likely our vote would swing the momentum of this election away from the status quo. There is little doubt in my mind that this election has been orchestrated in such a way as to silence the disgruntled mutters of dissent which would otherwise blow in from overseas on the tailcoats of Storm Jeremiah, or whichever storm is next due to dismantle Ireland’s chronically underfunded rural infrastructure.

I sincerely hope that the next time the Irish media sings the praises of our successful emigrants, such as the wonderful Saoirse Ronan, they pause to remember those of us of lesser financial means who have little chance of changing things for the better this year so that we might one day return.

If I can urge those in power to remember one thing, it is this: while this Government may have abandoned us, we have not abandoned our home.

Sipke Shaughnessy is studying for a PhD in Geography at the University of Cambridge, where his research on changing livelihoods and identities in rural Kenya is funded by the UK government. He grew up in West Cork and has lived in the UK for the last five years. He tweets @sipkeo