‘The day I emigrated, my mother wouldn’t say goodbye’

‘Ireland and Me’: Alyson Meadowcroft, Jersey 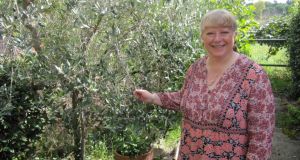 Last November, The Irish Times invited readers abroad to submit reflections on their relationship with the land they left. The story below is one we received, which is collected in a new 'Ireland and Me' eBook.

I have been thinking a great deal about Ireland during the last few months, remembering my home town in Co Down and all my family and friends there. There are very few of them left now and I haven’t visited that town since Christmas 2010. It has probably been on my mind as I recently retired at the age of 60 and have decided to stay in Jersey, in the Channel Islands.

I moved here in January 1990, to take up a teaching position. My mother was a widow and I was her only child, 35 years old, single and living in Belfast where I taught. But I used to go home to Co Down regularly. She had grown to rely on me for many things and I took the chance to break free. She was stunned when I told her and didn’t really believe I would stay in Jersey long.

But after I had been away for three months she realised I was happy and would be staying. I came home for the Easter holidays and we had some bitter words. On the day I left, my mother would not say goodbye to me. When I phoned her later that night, she told me she did not want to hear from me again. I was shocked but soon realised she meant it, when she didn’t answer my calls or letters.

Then, three months down the line, Mum called me and just spoke as if we had never been estranged. What had happened between us was never referred to again. We kept an uneasy truce going. I think I made my peace with Mum when I nursed her through terminal cancer in the last months of her life in 2003.

Then I packed up everything that August and truly left Ireland. Emigration for me had been a continual battle on the home front. But I am glad I did it, even though I still miss the smell of Mum’s cooking and baking. I look online everyday to see what is happening back home, and often watch BBC Northern Ireland news. Old habits die hard, even after nearly 25 years.

I will be visiting home again next autumn, it has been too long. I need to see Co Down again and have a real taste of home.