Successful Irish in Britain should do more to help less fortunate

Opinion: 30,000 Irish serve on boards of British companies. Are they doing enough to help their fellow countrymen? 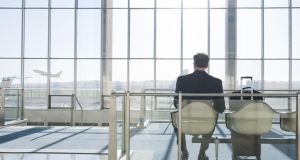 Irish nationals now make up one in six of all foreign nationals sitting on British boards. Photograph: Getty Images

The recent article by Mark Hennessy reporting the fact that there are nearly 30,000 Irish citizens serving on the boards of British companies is a welcome sign of the success of the Irish in the business life of the UK.

The largest immigrant group on such boards, their success is not only a good advertisement for the work ethic of Irish emigrants and for the Irish educational system, but a further sign of the extraordinary improvement in relationships between the UK and the Republic of Ireland.

The presence of these directors on so many boards creates numerous benefits to both economies. It is also encouraging to note that the increase in the numbers of Irish directors is not confined to London, but is also found in such areas as the north-west, particularly Liverpool and Manchester, as well as the midlands.

However, I would make one appeal to these successful Irish, and that is that they show practical support to their compatriots now resident in Britain who have not been as successful. I am referring to three categories of people: the elderly Irish, including many men who came over in the 1950s and 1960s to build Britain’s roads and tunnels, and many women who came to staff the early NHS; the middle-aged, many of whom experienced redundancy, either in Britain or Ireland; and the young generation, some of whom are in low-paid jobs, or others who have fled difficult personal circumstances in Ireland to find refuge in the anonymity of British cities.

I am aware there are many Irish business people in Britain who are helping charities working with these groups. In the case of Merseyside and Greater Manchester, I am particularly conscious of people like retired civil engineer John Kennedy, Liverpool-based solicitor Oonagh Burns (née Murphy), founder of Emerald Law, one of the city’s thriving law firms.

Both of them have done incredible work to raise funds for groups like Irish Community Care Merseyside. Oonagh has also employed many Irish law graduates.

Bu I have no doubt there are many others who could do more to get involved, not only to help such charities, but also in directly providing employment for Irish people in Britain, many of whom are rebuilding their careers after leaving Ireland in the wake of the Celtic Tiger collapse and could do with a hand up the career ladder.

Even those who are not in a position to directly provide employment can play a role in pointing people in the right direction, and can point to their own success as an indicator of the calibre of the training they received in Ireland.