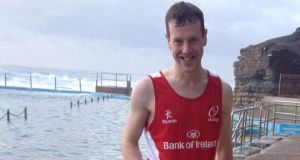 Jonathan Drennan: ‘Being abroad, I am comfortable with being Northern Irish. To me, it captures my hybrid identity perfectly; raised on the beautiful island of Ireland in a British context.’

When you come from Northern Ireland, identity issues abroad are common. I grew up on the island of Ireland, but where I grew up was indelibly culturally British. Belfast is not a big city on the world scale, but separated by a few short miles you have completely differing cultural spheres.

On my street, cricket and touch rugby were played every night throughout the summer. A stone’s throw across the city, children in West Belfast pucked a sliotar about dreaming of lining out at Croke Park.

We tuned into CBBC, they watched Dustin on the Den on RTE. We sang God Save the Queen at school prize days, they rose for Amhrán na bhFiann at Antrim Gaelic football games. We lived in opposing bubbles on the same island, largely ignorant of each other.

I left Belfast when I was 18, to go to Trinity College in Dublin. Before this, I would have considered myself solely British, because this was all I knew. My grandmother was from Dublin, and we made regular trips there as children, but those visits were fleeting and besides she had an English accent from her schooldays. Irish culture was foreign to me, simply because I had never experienced it on any deep level.

When I started at Trinity, I was able to make friends from all over Northern Ireland, from the Bogside in Derry and Andersontown. It was obvious with all of these friendships that they never would have happened if we had stayed together in Belfast.

The bigotry and segregation was never obvious or stated in my experience at home, we were simply raised in parallel worlds that rarely had reason to touch. It would have been difficult to relate. It took the equalising experience of being new in Dublin and university to find common ground beyond our childhood experiences.

I found myself on a conveyor belt of sorts, from university in Dublin onto a graduate scheme in London. I immediately felt at home in London. Culturally, after all, it was what I had grown up with.

But for the first time, I understood on a very slim level the ignorance that Irish people have had to field abroad. I had always considered this a problem for others. Jokes were made at work about bombings and terrorism, never realising in their innocence that everyone in Northern Ireland is affected by a killing in the Troubles on some level. In many ways, I had to go to London, to find and accept that Ireland and being Irish was part of my life, regardless of how I had grown up.

I sit alone in Sydney in my office skyscraper now years later. The sky is blue and I feel heat through the window. There will always be a part of me that is from Belfast. I adore the city and its people. I haven’t lived there for nearly ten years, but it is still my home. I was brought up surrounded in a British sphere, but now love to visit every side of the city, comfortable in my ability to do so having made those connections in Dublin.

I can’t hide from my British background, nor do I want to. But equally, I can now comfortably embrace my Irishness. Being abroad, I am comfortable with being Northern Irish. To me, it captures my hybrid identity perfectly; raised on the beautiful island of Ireland in a British context. It is maybe not the way I would have chosen it, but it is now what I can relate to best.

Sometimes you have to journey far away to realise where you are really from.

Read Jonathan Drennan's previous article for Generation Emigration: My first week in Sydney: 'There are things that will be different and difficult'

Last November, The Irish Times invited readers abroad to submit reflections on their relationship with the land they left. This story is one we received. To read more, click here. The Irish Times 'Ireland and Me' eBook is available for download here.