Is Dublin better than London? Yes 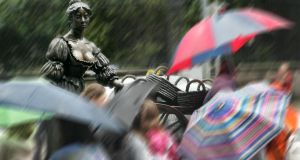 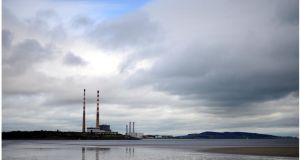 Dublin is 34th best place to live in the world. Photograph: Bryan O’Brien / THE IRISH TIMES

Dublin may have slipped nine places in quality of living rankings but it’s still better than London, apparently.

The survey seems to bear out Mary Harney’s assertion that, spiritually, “we are probably a lot closer to Boston than Berlin”– the east coast US city also ranks 34th while the German capital is out of sight at 14.

Vienna tops the list, followed by Zurich, Auckland, Munich and Vancouver. Conversely, the five worst places to live are N’Djamena in Chad, Khartoum in Sudan, Port-au-Prince in Haiti, Bangui in the CAR and Baghdad.

Importantly, Dublin manages to outrank London (along with every other city in the UK and Ireland). Despite anecdotal evidence that the British capital trumps our own when it comes to culture, public transport infrastructure, parks, museums, architecture, shopping, and Sunday roasts it sits an uninspiring 40th in the living list.

Supposedly, Dublin “enjoys high standards of quality of living and remains an attractive location for business.”

That’s according to Noel O’Connor, a consultant at Mercer, who goes on to say: “Some of the factors placing Dublin in the top 50 for quality of living worldwide include an excellent choice of consumer goods, lower levels of air pollution and the socio-cultural environment.”

In the last couple of years Dublin has ranked number 51 on a cost of living survey, number 27 on a “reputable city” survey, 70th in the Global Financial Centres Index, 46th in some sort of livability index from the Economist, number four in a UN prosperity index, 27th in a “human capital” chart, ninth in a top cycling cities list, bottom in a European property development and investment survey from 2011, and 12th in a global travel price survey.