Did our ancestors fight for a country so many would have to leave? 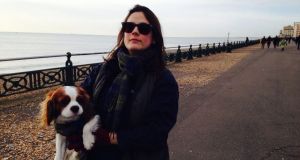 ‘I long to move back to Ireland from London, but jobs are few and far between, even for those us who are skilled and educated.’

My great grandfather, my mother’s mother’s father, was Laurence J Walsh of Duleek Street, Drogheda. Born in 1883, 100 years before me, he would have been the same age as I am now when he stood at the GPO in Dublin, rifle in hand, fighting for our country’s freedom.

Larry Walsh, as he was known, was responsible for the mobilisation of the “Drogheda Fourteen”, a group of Volunteers who answered to the “call of Mother Erin” on Easter Sunday, April 23rd 1916. He was arrested on May 5th for his participation in the Rising.

A successful farmer and grain merchant, in his youth he took up arms to fight for the freedom of this country; later abandoning his citizenship studies in America, he returned to Ireland and went on to participate in the formation of the first government of the new Free State of Ireland.

A politician for more than 20 years, he was first elected to Dáil Éireann as a Fianna Fáil TD in 1937, the year that Bunreacht Na hEireann was written. He became lord mayor of Drogheda some time later, and initiated the painting of the world’s first known green fire engine, as red was still negatively associated with the British Empire.

In 1957, then taoiseach Eamon de Valera nominated him to the ninth Seanad before he retired from politics in 1961, one year before he died. He was a long-time friend and colleague of de Valera, and my mother recalls the day that Dev, who was two years into his presidency at the time, called around to their house to see her grandfather when she was a small child, patting her on the head at four years of age.

When he was almost 80, de Valera (though getting on in years himself) told Larry it was time to retire from politics. A year later, still in Drogheda, the table was laid out for my mother’s fifth birthday when a knock came on the door to let the family know my mother’s grandfather had died. It was a heartbreaking day to lose her grandfather, one of the founding fathers of Fianna Fáil, and an Irish Volunteer.

The new Republic was a chance to start over, a chance for true freedom and prosperity for Ireland, a “country worthy to be called the land of saints and scholars”, as de Valera said in a radio broadcast in 1943, “that made successive generations of men give their lives to win political and religious liberty”.

But what has become of Ireland today, a country now ruled by stealth where forced emigration seems to be the unbreakable curse? What did my great grandfather and everyone else’s forefathers and mothers fight for?

As an emigrant myself, the 1916 centenary commemorations have stirred up a lot of emotion. I long to move back to Ireland from London, but jobs are few and far between, even for those us who are skilled and educated with degrees and masters degrees. A free land should be a land of opportunity and prosperity, but while the country is rich in culture, music, literature and the arts, many are poor in economic prosperity, and poor in their hearts for their emigrant children.

My mother emigrated to England at the age of 19, but returned during the Celtic Tiger with my three sisters and I, only for three out of four of us to emigrate in recent years. The scene in Brooklyn where all the mothers wave goodbye with hankies in hand as the ship leaves the harbour pulled tears from my heart like no other film has ever done.

I left for London at the age of 20, and my two sisters followed to Australia shortly afterwards at the ages of 20 and 21. We have been away now for more than a decade. My mother lives on her own in Cork and my elder sister - the only one of us to have stayed - is now in Dublin. I hope to live there one day too.

But am I just dreaming, romanticising the Ireland that I long it to be. Just as I did as a young girl growing up in a Thames-side town near London, I still wish my family and I could all live together in Ireland and commemorate the centenary of Ireland’s freedom knowing that the bloodshed was not in vain, and that our ancestors who fought and were imprisoned, or who died at the hands of the British, did so for their children’s children’s children - us descendants - to enjoy this precious land.

But how precious is this land to those who ruled in latter years? Independence has been won from one authority only to be handed over to another. As my mother has said, my great grandfather would turn in his grave.

This country will only truly be free when her children are no longer forced to leave.

‘I’m flying #hometovote in the election thinking of 1916’

Noting the sacrifice that has come before us, I hope we vote for a new Ireland