Ireland on a plate

Is there such a thing as a national Irish cuisine, and if so, what is it? 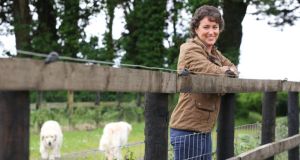 Margaret Jeffares of Good Food Ireland: ‘I don’t think we should forget our traditional and regional dishes that are indigenous to our country’. Photograph: Patrick Browne 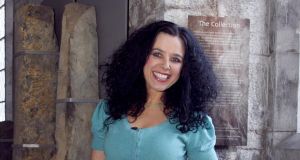 Regina Sexton, food and culinary historian: ‘We are ingredient makers for the most part. In many instances, the quality of the ingredients can be superlative’. Photograph: Tomas Tyner

What is Irish cuisine? Have you ever fumbled for words when asked this question by a visitor to Ireland? Should you say bacon and cabbage? Potatoes? Irish stew? Or are we now defined by our black pudding, heirloom vegetables and pig’s cheek?

Ireland bills itself as the food island. We sell the finest quality meats and dairy products all over the world. So why aren’t we able to rhapsodise about our food culture on demand?

Our relationship with our food history is very complicated, according to food and culinary historian Regina Sexton, who lectures at UCC. She has spent the past 25 years studying the culture of Irish food and says our ambivalent attitude is tied up with our history as an exporter of food, our poverty, and in more recent times our entry to the European Union. Add in our general sense that things are better abroad, and the scepticism around the notion that there is such a thing as Irish cuisine, and it gets very complicated.

Sexton takes issue with the term “Irish cuisine”, saying it has French connotations, which tend to interfere with how we see the Irish story. “I would prefer to talk about what defines Irish food culture,” she says. “We are ingredient-makers for the most part. In many instances, the quality of the ingredients can be superlative.”

She singles out beef and dairy produce as two examples of our finest produce. “They stand out because of their economic and indeed cultural importance, their quality and their tangible connection with Ireland.”

But the broader culture surrounding our ingredients is not that well developed. “We don’t seem to have a culture of food that is based around cooking, the enjoyment of food and the production of signature dishes that are automatically associated with the country, and therein lies the problem of trying to define an Irish food culture,” she says.

“If you look at dairy produce and beef, we don’t really have a whole body of mainstream recipes surrounding those, things that we do with those ingredients in the home, that can be labelled as being distinctively Irish.” She says there are also many other less well-known ingredients with an ingrained association with Ireland that we have neglected or abandoned “and their stories are also worthy of telling”.

Blaming the Famine for our troubled relationship with our food culture would be convenient but it’s not the full story. She says Ireland’s “Big Houses’ of the 18th and 19th centuries had a highly sophisticated, rich and indulgent food culture, comparable to anything in Britain. “And this culture is developing at a time when the rural poor are coming to rely on a diet of potatoes and little else. You also had city merchants and rural farmers with their own distinctive food cultures.”

Our tradition of exporting our food also complicates matters. “We were producing commodities, as you might make tables and chairs, and despite the quality, the value lay in the giving away rather than in consuming at home.”

In other parts of Europe, where food exporting is not such a big business, ingredients stay close to their original source, fostering a sense of pride in local produce.

Thanks to programmes such as the Great British Bake Off it has become popular to look to the heritage of food, but Ms Sexton cautions that the trend is faddist and selective. She believes the Government must recognise that food culture is of merit and support it. “It’s a story that still has not been told properly.”

When Denis Cotter published his Café Paradiso cook book in 1999, he wrote about a “scrappy collection of dishes” that hardly added up to a national food culture, and suggested telling a new story, starting with a blank page and cooking “as we see fit from the finest produce we can muster”.

This is an approach echoed by Margaret Jeffares who is trying to tell the story of Ireland’s culture on a plate with her organisation Good Food Ireland. She works with some 600 food businesses to try to make Ireland a food-tourism destination.

When she is abroad, Jeffares is often asked if Irish food is all about potatoes, bacon and cabbage and Irish stew. “And I say, yes it is, but we have far more than that now. It’s this new modern style of cooking that our chefs have innovated and brought to consumers on a plate. We have buffalo mozzarella now, some of the best balsamic vinegars, a whole range of wonderful cheese makers,” she says. “The popularity of Irish yogurts has risen hugely in the last 10 years. Our dairy farmers are making top quality ice-cream.

“Then we have our free range pork, our wonderful lamb and beef. Irish Piemontese beef is a breed that produces meat low in saturated fat – less than chicken and salmon – so that’s very exciting.”

Products such as buffalo mozzarella don’t sound Irish, but she says the mozzarella is distinctly Irish because it has been produced here, on Irish grass. “So it has a unique flavour that is unique to our country. Nearly all year round our cattle are fed on grass and that is very special, in this day and age.” She also highlights the apples coming from orchards that are centuries old. “It is this produce we are creating out of those orchards, like syrups and cider vinegars, that we should be bringing to chefs.”

But where does that leave our bacon and cabbage? “I don’t think we should forget our traditional and regional dishes that are indigenous to our country. And we don’t forget them. That’s the core philosophy around some restaurants. But we are an international destination, competing in a global market with food, no different to technology,” she says. “We have to create an innovative culture around food that gives international visitors an incredible sense of place that is unique. And what can do that more than our food?”

Before it launched its Origin Green sustainability scheme, Bord Bia carried out research on perceptions of Irish cuisine abroad. One finding jumped out at Úna Fitzgibbon, Bord Bia’s marketing manager. People who knew nothing about Irish food were shown photographs of foods and asked which one suggested Irish cuisine. The majority of people passed over Mediterranean style dishes and pointed to sushi, she recalls. “We were kind of shocked and asked: “Why would you associate that type of cuisine with Ireland?” And they said “because your ingredients are so untainted, so unindustrialised, so pure and natural that I could eat them raw.”

WHAT ARE TOURISTS BEING TOLD ABOUT IRISH FOOD?
Travel guides haven’t always been complimentary about Irish food, and for good reason, but there has been a definite shift in their attitude towards Irish food in recent years. So what do current travel guides tell prospective tourists about our food?

The Lonely Planet guide to Ireland says our “recently acquired reputation as a gourmet destination is thoroughly deserved. A host of chefs and producers are leading a foodie revolution that, at its heart, is about bringing to the table the kind of meals that have long been taken for granted on well-run Irish farms”.

It’s obligatory for travel guides to mention potatoes when talking about Ireland and Lonely Planet wonders how the Irish retain their good humour “amid the perpetual potato-baiting they endure. But, despite the stereotyping, and however much we’d like to disprove it, potatoes are still paramount here and you’ll see lots of them on your travels”.

Fodor’s Ireland 2014 talks about “the much vaunted Irish food revolution” and says new Irish cuisine “has changed the beige, boiled and boring food of yore into a bounty of gourmet delights”. Ballymaloe gets an impressive two pages in the guide. It recalls how, when Myrtle Allen opened her new restaurant at Ballymaloe in 1964 “food was embraced by a generation that had never tasted garlic. In no time, food critics were raving about Myrtle’s everything-old-is-new-again-but-better”.

The latest Rough Guide to Ireland says few visitors come here just for the food “however the quality and choice on offer have improved markedly in the last 20 years”. It says a new generation of small-scale artisan producers has emerged, be they cheese-makers, organic farmers, fish-smokers or bakers”. It advises looking out for Good Food Ireland signs and name checks foods such as Aberdeen Angus beef, Achill lamb, Clonakilty black pudding and Durrus cheese.

Some online guides are slightly less reliable when telling tourists what we eat. About.com’s travel section on Ireland states with great authority that Dublin Coddle is “the common dish for Dubliners on a Saturday night before they ‘hit the tiles’ (go out).”

Who knew? It says the dish of chopped sausages, bacon, onions and potatoes is “filling, satisfying and guaranteed to provide a good basis for the drinks to follow”.

TWITTER: HAVE YOUR SAY WHAT IS IRISH CUISINE?
Oxymoron – @Flaps68

I think there largely isn’t [such a thing as Irish cuisine]. Historically you needed to be rich to have cooks who could invent document a national cuisine – @martinjmckenna.

There was such a thing but it’s been largely lost. Contemporary Irish cuisine is generic international rather than native – @ofarry

Tell us what you think online at irishtimes.com/life-and-style/
food-and-drink

1 Kathy Sheridan: What was the purpose of Brian Stanley’s tweet glorifying mass killings?

3 Michael McDowell: Time to wake up and smell the coffee over Sinn Féin