Who owns our heritage?

James Cuno of the Getty Foundation says that antiquities belong to us all, not to the states where they happen to be, and that they should be universally accessible 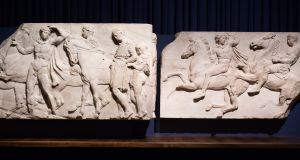 Some of the Elgin Marbles, which Greece wants back. Photograph: Getty 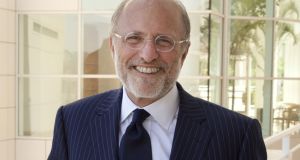 James Cuno, head of the extraordinary, and vastly wealthy, J Paul Getty Trust: ‘We have a profound moral obligation to the past. And we have a stake in it, because it is all part of our common history’ 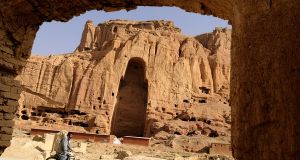 Bamiyan Buddhas after its destruction by the Taliban, in 2001. Photograph: Antonia Tozer/AWL/Getty 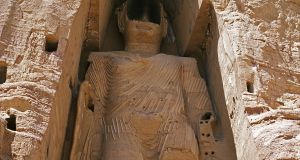 Bamiyan Buddhas before its destruction by the Taliban in 2001. Photograph: Eric Feferberg/AFP/Getty

With his impeccable manners and scholar’s demeanour, James Cuno doesn’t come across as a man likely to generate extreme reactions. But in the fraught world of cultural politics the president and chief executive of the J Paul Getty Trust, has proved to be a controversial figure.

Recently he paid a rare visit to Dublin to deliver the Chester Beatty Annual Lecture. He was not the most obvious choice to do so in the 1916 centenary year, because he is an outspoken critic of nation states’ claims to own their pasts, in the sense of having an absolute right to the cultural heritage that happens to fall within their contingent borders. The assumption that cultural identity and its physical manifestations are indivisible from national identity and its political priorities has long been anathema to him.

Born in St Louis, Missouri, Cuno doesn’t claim to know Ireland well, although his ancestry is Irish and German and he has been here briefly three times before. He studied history and then art history at Willamette University, the University of Oregon and Harvard. He went on to head several prestigious institutions: Harvard Art Museums, London’s Courtauld Institute and the Art Institute of Chicago, before moving to the Getty in 2011.

His career path suggests considerable organisational flair as well as scholarly acumen: he oversaw the Courtauld when it was making a crucial transition from being a dependent institution under the umbrella of the University of London to becoming independent and self-sustaining.

The Getty, in Los Angeles, is an extraordinary institution, and is widely considered to be the wealthiest, with an endowment worth €6 billion in 2014. As president Cuno oversees four distinct sections, each with its own director. They are the J Paul Getty Museum (plus the Getty Villa); the Getty Research Institute; the Getty Conservation Institute; and the philanthropic Getty Foundation.

The museum and the villa draw about 400,000 visitors a year. Access is free. Apart from the dozens of scholars in residence at any one time, many projects are pursued overseas, as far afield as North Africa and India. At the time of his death, in 1977, J Paul Getty’s brief for the trust – “the diffusion of artistic and general knowledge” – allowed the trustees great flexibility. Cuno sees a vital part of the trust’s role as “connecting art histories that are separated by geography”.

At a time when Greece is arguing for the return of the Elgin Marbles, and many other countries, including China and Egypt, are agitating for the restoration of dispersed antiquities, Cuno has been a staunch advocate of the continuing importance of the encyclopedic museum in a global context.

His argument is that antiquities are the common heritage of humankind rather than the property of nation states.

Hence there is a logic to the Chester Beatty invitation: the library is home to a world-class encyclopedic collection of art and antiquities, drawn from a vast geographical expanse. Cuno’s view is contentious, in terms of postcolonial and identity politics, but he does not lack for significant allies, including the former British Museum director Neil MacGregor and the former Metropolitan Museum of Art director Philippe de Montebello.

A cynical view of their stance might incorporate the argument that past wrongs should not preclude future potential and that the best way to achieve that potential is to not rewind the clock or surrender to political manoeuvring. But as Cuno sees it the bottom line is that heritage objects should not be segregated into parallel and separate channels but, as much as is possible, be made universally accessible as part of a pluralistic vision of human culture. “In the end we have much more to gain from learning about others,” he says.

Who Owns Antiquity? Museums and the Battle over Our Ancient Heritage

He grounds his vision of the encyclopedic museum in the European Enlightenment and sees problems emerge with the ascendency of ideas propounded by those whom Isaiah Berlin termed critics of the Enlightenment, notably Johann Gottfried Herder – who tied cultural identity to place – and more generally with the romantic movement and the growth of nationalism.

In a sense Cuno argues for a renewal of Enlightenment values. He writes approvingly – and too favourably, critics suggest – of the early 20th-century system of “partage”, under which archaeological teams shared finds with local governments by mutual agreement. Cuno sees the general principle as a potential way forward. He also emphasises the importance of increased sharing via loans and exhibitions.

His appointment to the Getty in May 2011 came as something of a surprise. Before that the foundation had been badly bruised by two controversies. One was a curator’s involvement with a dealer in a fraudulent tax-avoidance scheme in the 1980s: works with documentation indicating artificially high values were accepted as gifts in return for tax write-offs. The other, far more seriously, in 2005 saw the Getty’s curator of antiquities, Marion True, named in an Italian investigation into the dealer Giacomo Medici, who was accused of dealing in looted objects on a grand scale. Similar accusations followed from Greece. True effectively retired early, and formal charges against her were eventually dropped, but she went on to claim that the board was aware of what was going on.

This and controversies elsewhere precipitated the Getty and other big US museums into a reassessment of their acquisition methods. Within a few years the Getty returned more than 40 items to Italy, mostly fragmentary, small objects.

Since 2008, taking the 1970 Unesco convention on the illegal trade in cultural objects as a baseline, the Association of Art Museum Directors has held that any object considered for purchase should have a line of provenance extending back to 1970, or have been in circulation away from its country of origin before that date. Otherwise it should be out of bounds.

The decision effectively drew a line under the institutional collection of antiquities. As well as returning pieces, the Getty has virtually abandoned the purchase of ancient art. It hasn’t helped, Cuno points out, that continuing upheavals in the Middle East and North Africa have hopelessly compromised the market.

Cuno’s argument is that cultural identity, and cultural heritage, should not be funnelled into nationalist containers. That is all very well from the vantage point of the colonial powers, some critics respond, because they’ve filled their cultural treasure chests at the expense of the colonised, usually while buoyed up by all kinds of nationalistic, imperial bombast.

Cuno argues that he doesn’t aim to deny or discount the colonial past. As he sees it colonialism is a fact of history, built into the collections. Again and again he returns to the point that cultural heritage should transcend national boundaries, as a common heritage and resource rather than as an exclusive possession. We are not owners but custodians.

He has pointed out that, for example, the Greek claim to the Elgin Marbles is incorporated in a national narrative that also sanctioned the removal from the Acropolis site of Byzantine and Catholic churches and a mosque but still, paradoxically, appeals to a notion of the site’s “unity”.

It is an example of what he describes as a process by which contemporary nation states link themselves to ancient civilisations, suggesting a validating continuity that is in fact a selective construction. “Too often it is an imagined past from which the current state derives its legitimacy, an imagined past that becomes a picture of how the state wants itself to be seen.”

“There is something powerful about what these things represent that makes them subject to terror. We wring our hands but don’t stop it happening. It is poignant to see the destruction of things that have survived for centuries, and it reflects badly on us that they were lost on our watch.”

The world has a responsibility to its built heritage, he argues, as much as to its portable antiquities. “When the state cannot protect its heritage it is the responsibility of the international community to intervene. That means suspending respect for the integrity of the state. We have a profound moral obligation to the past. And we have a stake in it, because it is all part of our common history.”