Stars give their take on Season 4

Love/Hate is back on our screens this weekend, and Aoibhinn McGinnity (Trish) and Laurence Kinlan (Elmo) give us a smeak preview of Season 4. 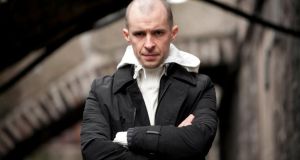 Love/Hate is back on our screens this Sunday, and Aoibhinn McGinnity who plays Trish, and Laurence Kinlan, who plays Elmo, give us their take on Season 4.

The series, starring Tom Vaughan-Lawlor and Robert Sheehan is widely said to have broken new ground for the State broadcaster.

Speaking in April, RTÉ’s managing director of television Glen Killane said he envisaged the show going on for at least two more seasons.

He said a series like it needs to have 20 episodes to be viable for sale to an overseas audience and Love/Hate was approaching that figure.

He envisaged a fifth series of the drama, but it would be up to the production team to keep it going.

Borg vs McEnroe: the power and the fury
10