‘You are not going to be thin, with curves, on your deathbed,’ says philosopher Heather Widdows 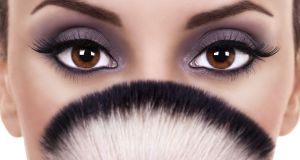 “Ultimately one is not going to attain the beauty ideal.” Photograph: iStock

Are you bikini-ready? Do you want a six-pack in six weeks? Is surgery the only way to be wrinkle-free?

The headlines that scream from today’s beauty magazines suggest it’s getting ever-harder to meet acceptable standards of appearance.

This beauty arms race has been documented by Heather Widdows and other academics for a blog entitled Beauty Demands, and for her forthcoming book Perfect Me!

Widdows, who teaches global ethics and philosophy at the University of Birmingham, says many beauty treatments that would have been considered extreme a few years ago are now commonplace. It’s tempting to put the trend down to vanity, but Widdows likens this to blaming the victim. As the standard of beauty becomes more and more onerous, “it shifts from a matter of taste to something that is required, and therefore much harder to resist or reject”.

Speaking on a visit to Dublin, she says beauty is an ethical issue, even if those who suffer from its reach “aren’t usually the type of people we think of as vulnerable”.

Ironically, she says, the beauty demands are greatest in cultures where freedom is highly valued. Thus she provides today’s idea: “As beauty norms get harder to attain, we all have less choice rather than more choice.”

You say beauty treatments that were voluntary are now becoming compulsory. What’s driving that process?

In the past, one might have blamed men but are they victims in this too, given the beauty norms they have to deal with?

“There are alternative male ideals of beauty. Particularly, we’re much more tolerant of men ageing.”

Is it really a moral problem, though, if adults are consenting to go to great lengths to enhance their appearance?

“So it’s now at the point where even though women still talk about choosing to do it, in fact they don’t choose to do it. And in studies where women have grown visible body hair, they have found it really difficult and uncomfortable to do, and words like ‘shame’ and ‘disgust’ come quite fast. At that point, it’s not individual choice to leave your hair; it’s kind of a political statement.”

What can be done to resist this?

“One of the things we should do is become much more aware of what normal bodies are. So often when people are disgusted with themselves it is because they are comparing themselves with unrealistic and vastly digitally modified images. France has banned the advertising of cosmetic surgery and ‘before and after’ pictures.

“I think a lot can be done around information and viewing bodies and encouraging a view of bodies as things that can do things, rather than things just to look at . . .

“I mean, this is a joke but, fly-posting pictures of normal breasts might not be such a crazy thing to do.”

What would you say to those who think body-shaming is a way to encourage people to live healthier lives?

“I find that particularly worrying, especially when the ideal to which people aspire is thin beyond the point of health, and usually thin with curves, which means you have to have surgery, or extreme amounts of quite gruelling exercise.

“It’s again about blaming the individual . . . The truth is we all sag, wrinkle and die, and the beauty ideal holds out this promise of transformation – so even when you’ve done three lots of dieting and put it all back again, you still feel ‘This time I’ll do it’.

“Ultimately one is not going to attain the beauty ideal. And it seems to me one is always going to be happier if one’s ideals are things you are more likely to succeed at – because you are not going to be thin, with curves, on your deathbed.”

ASK A SAGE Question: Should I dress according to society’s expectations?

Jean-Paul Sartre replies: “What is not possible is not to choose. I can always choose, but I ought to know that if I do not choose, I am still choosing.”