Unthinkable: Should morality be treated as an experimental science?

Moral truths can’t be spoon-fed to people by priests or sages, says Sarin Marchetti, invoking the wisdom of William James 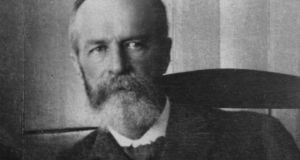 William James: pragmatism is a way to tackle ordinary and intellectual issues

Society is full of moralisers: people who love to tell other people where they’re going wrong. Priests, pundits and even philosophers get in on the act, typically invoking some theoretical doctrine or “good book” as a point of reference.

If only books could bring about world peace. Ah, but the truth is we’re short not of readers but of actors: people who are willing to develop an ethical life through practice.

William James would know what I mean. The American philosopher and psychologist (and brother of novelist Henry James) proclaimed in his famous address The Moral Philosopher and the Moral Life in 1891 that moral truths do not come down from on high but rather emerge from experience.

James, who is known as one of the founding fathers of pragmatism, saw moral philosophy as something akin to experimental science. To reach the truth, you had to apply principles to real situations; you had to trial and test; you had to develop a moral character. “From this unsparing practical ordeal”, as he put it, “no professor’s lectures and no array of books can save us”.

In a new work on the subject, Ethics and Philosophical Critique in William James, UCD Irish Research Council fellow Sarin Marchetti highlights the relevance of such thinking today.

Endorsing the need for practising over preaching, Marchetti explains James’s idea: “There is no such thing possible as an ethical philosophy dogmatically made up in advance.”

People are familiar with the notion of pragmatism in politics as a tool for reconciling different factions. But what does pragmatism mean in philosophy?

“Philosophical pragmatism should not be confused with the everyday political use of the term, though the two are not completely unrelated. If, roughly speaking, being a pragmatist in political matters means not to be stuck in (ideological) thinking but rather to take action (and, very often, to take those courses of action which are most profitable in the face of considerations of justice or fairness), in the philosophical discourse it means to endorse some form of the methodological maxim according to which the meaning of a certain idea or theory should be traced back to their practical consequences and to the use we make of them rather than to some alleged principle written in stone.

“If we find in both uses a reference to conduct as the way to sort out a problematic situation in which we find ourselves, the main difference lies, I would say, in the way in which the two ‘cash out’ this central notion. According to pragmatist politics, conduct is a means to obtain certain ends, while for philosophical pragmatism, conduct is the end itself, as it is the very expression of reflection and thought.”

For James, was pragmatism a comprehensive philosophy or a method of inquiry?

“Some of the best scholarship on pragmatism debates this very question, and lots hinges on the answer we give. For James, at least according to a reading I find congenial, pragmatism represents first and foremost a method for tackling ordinary and intellectual problems – hence ‘a method of inquiry’, to use your terminology – as well as a way of practicing philosophy altogether, which replaces highbrow metaphysical speculation with the piecemeal analysis of the ways in which we talk about things and deal with them.

“Read this way, pragmatism would thus not amount to a fully fledged philosophical theory, but rather aims at critically assessing the experiences and concepts we live by reference to their role and place in our human activities.”

Did James believe there were such things as moral truths?

“If read as a methodological stance rather than as a positive programme, pragmatism would not be in the business of offering us a metaphysical account of the furniture of the world, nor a list of the moral truths describing its moral aspects (as a moral realist would do). That, however, does not imply that such truths are only to be accounted for by reference to our subjective make-up (as a moral anti-realist would claim).

“According to James, pragmatism would not help us in discovering or negating the existence of moral truths (or, for that matter, moral facts or moral ideals), but rather help us understand what we actively take such truths to stand for in deed. It is the reference to our practices alone that is central to sort out the meaningfulness of our moral language and its normative stakes.

“If so, the role of the moral philosopher would not be that of offering secure foundations for our moral experiences and judgments, but rather that of elucidating them by reference to the ways in which we conduct ourselves.”

Why does James matter today?

“The most interesting feature of James’s moral philosophy is represented by its ambitious project of offering us ordinary beings philosophical instruments for ameliorating our moral lives without prescribing us one particular style of living over others, as those thinkers who built prescriptive moral theories often did.

“James’s ethics productively swings between a conceptual analysis – practised in a pragmatist key – of our styles of ethical reasoning and an exhortation to ever experiment with the notions we live by. Read this way, James’s ethics would be at once critical and transformative, offering us instruments to better understand ourselves and possibly reconfigure ourselves in the light of such clarification.”

Unthinkable: Great Ideas for Now by Joe Humphreys is available at irishtimes.com/irishtimesbooks

ASK A SAGE Question: Am I exactly the sum of my parts? William James replies: “Consciousness does not appear to itself chopped up in bits . . . It flows. A ‘river’ or ‘stream’ are the metaphors by which it is most naturally described.”