Unthinkable: Is it unethical to take brain stimulants? 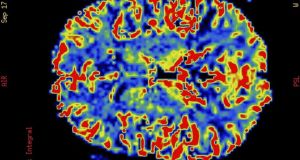 ‘I think cognitive enhancers should be allowed for academics’

Cognitive enhancers have become a new addition to campus life. Anoft-cited American study put the prevalence rate at up to 11 per cent among students in 2010, and although there is no hard data from Ireland, there is anecdotal evidence of students and academics using so-called nootropics to get an edge over the competition.

Such “smart drugs” range from caffeine stimulants to prescription drugs for attention-deficit hyperactivity disorder. Some universities have moved to ban them, but NUI Galway academic John Danaher, who writes technology blog philosophicaldisquisitions.blogspot.ie, believes it’s a mistake to associate cognitive enhancers with cheating.

It all depends on who is taking them, and the context in which they’re taken, he says, providing today’s idea: “Cognitive enhancers should be allowed for academics.”

Is it ethical to use cognitive enhancers in academic settings?

“Yes probably, but it’s complicated. We should distinguish between internal and external ethical objections to the use of enhancement technologies.

“My belief is that external ethical objections to enhancement usually fail. Take fairness-related objections as an example. Some people challenge the use of performance-enhancing drugs in sport because they give athletes an unfair advantage. That’s not obviously true, but even if it were, it wouldn’t give us any ground for banning their use. After all, you can eliminate the unfairness by levelling up (allowing everyone to use the drugs) or by levelling down (banning them).

“Levelling up is arguably the least intrusive and most ethical response to the alleged unfairness.

“So fairness doesn’t really settle the issue of whether enhancement is permissible in sport. Something similar is true for harm-related objections. Many sports are intrinsically harmful and there are training methods and the like that are already permitted that are more harmful than performance-enhancing drugs. So, again, they fail to settle the issue of permissibility.

“I think internal ethical objections are more likely to succeed.”

“An example will help. Most athletic activities are process-oriented. The 100m sprint is not just about crossing the finish line first; it is about crossing the finish line with a particular kind of performance. Someone couldn’t simply rollerblade down the track and win the race. That would undermine the point of the activity. Objections to enhancement in sport could stem from this kind of concern: people might say that a sprinter helped by a performance-enhancing drug is engaging in the wrong kind of activity.

“This suggests that when it comes to academic settings we should distinguish between the different kinds of activity that are taking place.

“Two activities figure prominently: (i) the education of students; and (ii) the research work done by academics. I would argue that the former is a process-oriented activity (developing certain skills and abilities through particular kinds of effort) and the latter is a goal-oriented activity (producing new theories, insights, arguments, discoveries, etc.).”

So should cognitive enhancers be prohibited for students, then, but allowed for academics?

“I think cognitive enhancers should be allowed for academics. That said, it may be unwise for academics to use them because they have a limited enhancing effect and significant side effects. Still, it should be up to the academics to decide, assisted by sound medical information. I have never taken cognitive enhancers myself, but colleagues who have done so tell me that the effects vary.

“Most people who take modafinil – a prominent cognitive enhancer – say that it does have a noticeable effect on wakefulness and concentration, but can also have significant side effects (headaches, sleep deficits).

“When it comes to student usage, my views are more complicated. The crucial question is whether cognitive enhancers actually undermine the performance we are trying to get students to engage in as part of their education. If a student plagiarises an essay, then this is clearly impermissible because they produce an output (the essay) via the wrong kind of performance.

“If they use a cognitive-enhancing drug, it is not clear to me that they have engaged in the wrong kind of performance. At most, I would say that students tend to use these drugs in order to fuel cramming sessions, and this is counterproductive to what educators are trying to get them to do. In this sense, use of enhancing drugs may undermine educational activity, but that would be because of current patterns of usage, not the drugs themselves.”

Question: All my new year’s resolutions are broken already. How can I change when I don’t seem to have any will power?

Roberto Unger replies: “Change requires neither saintliness nor genius. What it does require is the conviction of the incomparable value of life. Nothing should matter more to us than the attempt to grasp our life while we have it, and to awaken from this slumber of routine, compromise and prostration so that we may die only once.”