Scorpion: How an Irish genius saved the world

A drama due to air in the US next month, is based on the life of Walter O’Brien, a former hacker who helped catch the Boston bombers 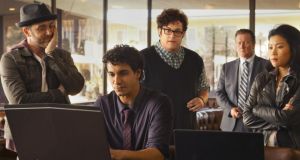 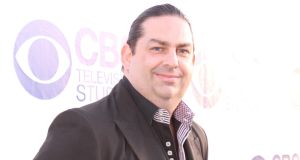 A drama series based on the life of an Irishman with one of the highest IQs ever recorded is set to become a worldwide success later this year. Scorpion, made by the CBS network in the US and billed as CSI meets The Big Bang Theory, is the story of Walter O’Brien, a computing genius who, after hacking into Nasa computers at the age of 13, was welcomed to the US on the same type of “extraordinary ability” visa that was granted to Albert Einstein.

O’Brien, who is now 39, heads Scorpion Computer Services, which specialises in international security. The Scorpion pilot – the title of the series comes from O’Brien’s hacking name when he was in Ireland – has already been hailed by industry insiders.

A crime procedural featuring O’Brien recruiting other geniuses to help solve global-security and terrorism problems, the show has a prestigious prime-time transmission slot on CBS immediately after The Big Bang Theory. It begins in the US next month and is likely to appear on Irish screens shortly afterwards.

The first line of dialogue in the pilot is: “My name is Walter O’Brien, and I am a genius. Einstein had an IQ of 165. Mine is 197.” O’Brien, who grew up near Enniscorthy, Co Wexford, then moved to Callan, Co Kilkenny, when he was 13, represented Ireland in high-speed problem-solving at the 1993 International Olympiad in Informatics. It has been claimed that he has the fourth-highest IQ ever measured.

A trailer of the first episode of Scorpion shows a dramatisation of what happened to O’Brien when the US authorities learned that a 13-year-old in Co Kilkenny had hacked into the Nasa computer system. As O’Brien himself told webmasteradio.fm, “I was coming home from school and encountered a house surrounded by black cars. Mom was on the couch, crying; Dad was not too happy. A lot of men in suits were wanting to yell at me for what I had done but were a little surprised when out of my schoolbag I pulled an extradition waiver – which calmed the conversation down. If they signed this [the extradition waiver] then I would show them where the holes are in their network. We ended up doing a deal – which happens in most hacking incidents you never hear about.”

In the trailer for the show (available on YouTube) we see military helicopters landing in the front garden of a farmhouse in Callan. A Swat team piles into the O’Brien house to arrest the young hacker. Here Walter’s accent is hardly that of someone who grew up in Wexford: he sounds as if he’s from Los Angeles. The show is expected to feature more flashbacks to O’Brien’s youth, in both Enniscorthy and Callan.

O’Brien first got his hands on a computer at the age of nine. “I learned everything there was to know about it,” he says. In the late 1990s, after graduating with a degree in computer science and artificial intelligence from Sussex University, in England, O’Brien moved to the US, where he set up Scorpion Computer Services, which began developing artificial-intelligence software.

Dermot Horan, who’s head of acquisitions at RTÉ, met O’Brien two months ago, when CBS unveiled details of its series at an industry event in Los Angeles. “He is a fascinating man,” says Horan. “He has a turnover per annum of over $1 billion. He’s quite a character. He employs over 2,000 geniuses all around the world, solving difficult problems for the likes of the US military and high-net-worth individuals.”

O’Brien appeared with the cast of Scorpion at the Comic-Con convention in San Diego last month. The show’s creator, Nick Santora, introduced him as a man who “has saved the world several times over, things he can’t even tell us about”.

O’Brien told the Comic-Con audience that growing up a genius was isolating for him. He hopes that when Scorpion screens it will help other geniuses deal with their gift better. “I’m left-brain dominant, so anxiety and nervousness don’t affect me; most emotions don’t. If I had feelings I would have anxiety right now,” he said. “I think the show will raise a better awareness and understanding about why these kids are the way they are. They’ll probably only find about two people in life that they can truly empathise with. It’s a lonely road.”

He believes the show will help popularise computer studies. “Other shows – like CSI, for example – urged a lot of kids to change their majors on what they study. So, five or eight years from now, people might start to study computer science because we made it look cool.”

One of Scorpion’s executive producers told Comic-Con, “Walter personally caught the Boston bombers by writing an algorithm that tracked motion on all the cameras within a two-mile radius of the blast. That kind of thing makes for a really compelling episode of television. He also stopped nuclear meltdowns from happening.”

The show was a hit for Comic-Con audiences – one reviewer said that “Walter O’Brien will be the new Walter White”, and the Scorpion Computer Services website reports that Scorpion is the highest-rated new pilot on CBS.

Written by the team behind Prison Break, the show “follows an eccentric genius and his international network of super-geniuses as they form the last line of defence against the complex threats of the modern age”, according to its makers.

O’Brien is played by the British actor Elyes Gabel, who has also appeared in Game of Thrones, not to mention the long-running British series Casualty and Waterloo Road.

The US series has also attracted attention because of a pay dispute with the stars of another CBS show, The Big Bang Theory. The network intends to screen Scorpion straight after The Big Bang Theory, so that it can benefit from the hit comedy’s huge viewing figures. Having a large audience to inherit is seen as essential in establishing a new show.

But CBS’s stand-off with the Big Bang Theory actors jeopardises its plans. It’s a pity, perhaps, as even though one show is a comedy and the other a drama, they share a subject: the world of geniuses. Callan, take a bow.

Scorpion begins in the US on September 22nd