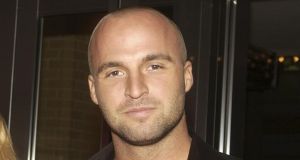 The cast of Home And Away have paid tribute to Australian actor Ben Unwin after his death aged 41.

Unwin, who played the rebellious Jesse McGregor in the popular soap between 1996 and 2000 and again from 2002 to 2005, was found dead close to Australia’s eastern Gold Coast on August 14th.

His death is not being treated as suspicious.

Kimberley Cooper, who played Gypsy Nash in the well-loved series, paid tribute to her former co-star on Instagram.

Sharing a picture of a magazine cover she shared with Unwin, she wrote: “My first TV week cover was with you.

“We had years of laughter, be it giggles on set trying to get through scenes as lovers or doubled over belly laughs at the pubs after work.

“I will be sad for now, but I promise to tell stories of great joy about our times together.

“You forever hold a special place in my heart. Love you Onion.”

“I just woke up to the tragic news of Ben’s passing, my heart goes out to his family,” she told Yahoo Lifestyle.

“The body of a 41-year-old man was located. The death has not been treated as suspicious.”

Unwin’s turn on Home And Away earned him a Logie Award nomination for Most Popular New Talent in 1997, and the same year he was tapped for a British National Television Award.

After departing the show he completed a law degree and worked as a senior solicitor in Sydney.–PA

Catherine Keener: ‘I did not know about Harvey Weinstein at all’
9