Has Irish media been ‘doing the Government’s bidding’ in its coverage of Covid-19?

Hugh Linehan: Outlets have been accused of excessive coverage and parroting the official line 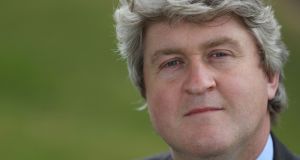 Last year’s Oireachtas Special Committee on Covid-19 Response was, by Irish standards, an unusually effective example of parliamentary accountability in action. Under the able chairmanship of Clare TD Michael McNamara, it asked awkward and necessary questions in scrutinising the performance of the State during the early months of the pandemic.

The committee delivered its final report last October and was wound down, which seems a pity, given our continuing woes. But McNamara continues to be a valuable voice of dissent in the Dáil. Speaking there last week, he turned his fire on the national media for, as he sees it, unquestioningly parroting the Government’s line and subjecting the country to a relentless stream of “oppressive” coverage which is having a dangerous impact on people’s mental health.

11 Spring clean: 13 ways to spruce up your home – with or without a tradesperson

14 Jennifer O’Connell: The Government doesn’t trust us and it’s mutual