Game of Thrones recap: here’s what you need to know

As the new season starts, here's the state of play in Westeros and beyond

The latest trailer for the highly anticipated seventh season of hit television show 'Game of Thrones' has been released. Video: HBO 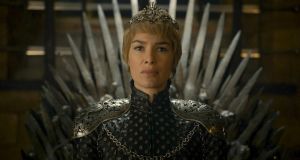 Cersei Lannister now sits upon the Iron Throne, but given the fate of her children, she may not be the most benevolent ruler

Using clockwork mechanisms that seem more advanced than anything yet devised in apparently feudal Westeros, an entire map of the known world turns and twists up from the ground, while a camera zooms across the expanse of an intricate model.

This is always part clue, part reminder: the places featured in the title sequence feature in the episode, while the hobbyist charm of the board reminds you it is as much about the game as the thrones. Either way, since the show first found its way into our lives six years ago, we have covered a lot of ground.

Is it possible for the uninitiated – assuming there are any – to leap right in to the beginning of the seventh season, its penultimate series? The short answer is no. David Benioff and DB Weiss’s show piles on elaborations, encouraging close attention. The less convinced will wander into a gorgeously filmed series, note the frequency of dungeons and dragons, and decide to return to worlds with more predictable seasons.

Those who have had to keep up with dynastic politics, sprawling routes, rapidly changing affiliations and some conversational Dothraki will hardly blame them. But ahead of the return of Game of Thrones, here’s how series six, the first to leap ahead of Martin’s published material, left off.

It was, in short, a pivotal season, marked by miraculous returns, bloody revenge, religious tyranny, copious coups, and in the end, widespread female supremacy. In King’s Landing, the seat of the Iron Throne, Cersei Lannister (Lena Headey), the Queen Mother, is power-dressing for her trial at the hands of the High Sparrow, a religious fanatic whose rapid sway over King’s Landing is mostly her fault. This is a model of being hoist with your own petard: busted for an affair with her cousin, Cersei, icy in everything except her unconventional passions, has learned the cost of getting into bed with the religious right.

However, she will not be attending her show trial. Beneath the Great Sept, something like St Peter’s Basilica but considerably less modest, her co-conspirators have placed innumerable casks of wildfire, a green ooze with explosive potential. When it goes up, the Sept sinks into the earth, incinerating most of her opponents and many series regulars. (A thought: if there are banks in this world, are there also insurers?)

Torture, as graphically indulged throughout the show as nudity, featured plentifully last season, and although it has been employed largely in revenge, that doesn’t make it any more edifying. So, Cersei has a tormenting nun abused by her reanimated bodyguard; just as Sansa Stark (Sophie Turner) finally stared down her rapist and all-round cartoonish psychopath Ramsay Bolton, and had his own dogs savage him to death.

Elsewhere, her sister, Arya, now a trained assassin with many faces, briskly dispatches Walder Frey (the man who hosted the infamous Red Wedding, which viciously offed half her family), after first serving him his two sons, baked in a pie. That move is taken straight out of the Shakespearian revenge playbook. (It is not coincidental that Arya spent a lot of time at the theatre this season.)

Meanwhile, Tommen, the troubled boy king, leaps to his death following the detonation of his wife and in-laws, and this fresh tragedy achieves the complete erasure of Cersei’s incestuous offspring with her brother. That is Jaime, a man who now undertakes various far-flung missions single-handedly, and who returns to see his sister-lover on the Iron Throne, crowned Queen, a matter of complicated succession which has brought her regal career full circle.

Back at Winterfell, where Jon Snow and Sansa Stark have reclaimed their family home (with needlessly severe casualties), Jon – a man who has risen from the dead with the help of witchly priestess Melisandre – is elevated once more, now hailed as King of the North. Guests at Winterfell rotate quickly: Ser Davos (Liam Cunningham) confronts Melisandre about the sacrifice of his niece, demanding execution, which she haggles down to banishment. You won’t have seen the last of her.

Jon and Sansa, meanwhile, reforge a sibling connection, although advance word on season seven suggests that this will be brittle. Sansa, once buffeted between misfortunes, now holds herself as a steely avenger, and, in one line, revises the tag line of the whole show. “Jon,” she says. “Winter is here.” This also heralds an invasion of White Walkers, blue-eyed zombies who don’t lie down easily.

Nobody covers quite as much ground as Varys (Conleth Hill), though, Master of Whisperers, or, essentially, Westeros Central Intelligence. But what’s he doing all of a sudden in sunny Dorne, the southernmost part of Westeros, where two aggrieved women – the non-incinerated Lady Olenna and the canny operator Ellaria Sand – make common cause for revenge? Supplying an edge, probably.

In the meantime, a continent away in Essos, Daenerys has returned to Slavers Bay and killed off the Slavers (it is rechristened Bay of Dragons, which hardly smacks of a tyranny-free life for the liberated), and now plans to lead her air force and superior fire power to Westeros, to take the throne once possessed by her father. In this, she appoints Tyrion Lannister (Peter Dinklage), the star of the show, as her Hand, for Tyrion has again proven himself politically capable.

What’s more, Daenerys now has an affiliated fleet belonging to the ironborn Greyjoys, under the command of Yara, Theon’s sister. As we see their vast flotilla set sail, who shows up at Dany’s shoulder but Varys, faithful servant to the Targaryen clan all these years?

So now they have an army, an airforce, a navy, a Lannister and an intelligence officer. How can these allies possibly be stopped?

Perhaps by rightful challenge. Bran Stark, the third of the wandering Starks, has since become “The Three-Eyed Raven”, an accomplished warger, both retroactively messing up people’s entire life-spans (Poor “Hold-the-door” Hodor) and levering up secrets of history. The juiciest detail here is that Jon Snow is not Ned Stark’s bastard at all, but his nephew, born to Lyanna Stark and Rhaegar Targaryen. This makes him Daenerys’s… nephew?

The relative thickness of blood and water in Game of Thrones is hard to ascertain, but that family connection speaks either of an alliance to come or an eventual compromise between bloodlines upon the Iron Throne. When we last saw this remarkably uncomfortable seat of power, though, the incumbent was Cersei, queen to few remaining Lannisters, with challengers at every point of the compass, not to mention threats from a legion of the undead.

As the clockwork map grinds its gears once more, and winter descends, the show looms towards its end game.

Game of Thrones is on Sky Atlantic