Framing Britney Spears takes a mirror and points it straight at the culprits: you and me

Britney’s not the only one we victimised. The club includes Paris Hilton and Lindsay Lohan 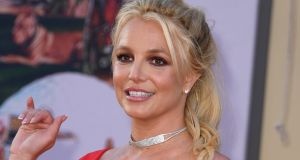 US singer Britney Spears in California on July, 2019. The documentary-makers said they reached out to Spears but that it was unclear if their message was passed to her. Photograph: Valerie Macon/AFP/Getty

There are many villains in Framing Britney Spears (Sky Documentaries, Tuesday), the New York Times’s wrenching and unflinching documentary about the public victimisation of the early-2000s pop sensation.

Justin Timberlake stands accused of weaponising his break-up from Spears by putting a Britney lookalike in the video for his song Cry Me a River. Her father, Jamie, is depicted as seeing his daughter as a cash machine who will one day buy him “a boat”. Paparazzi follow her everywhere and are then incredulous at her public meltdowns. What could have prompted her to attack a photographer’s car with an umbrella?

We were the ones who leered at Britney in …Baby One More Time, delighted in the stories of her upbringing as a Bible Belt ‘hick’, and couldn’t get enough of her breakdowns, head-shaving and disastrous personal life

But of course the true culprit is the public. We were the ones who leered at Britney when she crashed the charts with the …Baby One More Time video, in 1998. It was we who delighted in the stories of her impoverished upbringing as a Bible Belt “hick”. And who couldn’t get enough of her breakdowns, her head-shaving, her disastrous personal life. Framing Britney Spears takes a mirror and points it straight at the audience.

This is a new kind of documentary, and it feels significant that it was made by the New York Times. There are few major interviewees of note, although Spears’s personal assistant Felicia Culotta reminds us of the star’s talents as a singer. Instead, by wheeling out NYT staffers such as Liz Day and Wesley Morris it occasionally feels as if the newspaper is talking to itself.

But what cuts through is the argument presented by the film (hurriedly acquired by Sky Arts a week after it sensationally debuted on Hulu in the United States). And that is that a toxic combination of misogyny, class prejudice and old-fashioned cruelty conspired to cast Britney as pop’s ultimate love-to-hate figure.

She wasn’t the only one so victimised. This club also included Paris Hilton, Tara Reid and Lindsay Lohan – women who dared live their lives in public. But Britney seemed less worldly and so an easier target.

There are excruciating clips of sleazy talkshow hosts asking her about her body and her virginity. Diane Sawyer, a grande dame of American journalism, wonders if it’s true that she cheated on Timberlake. When Spears starts crying, Sawyer can’t believe it. Was it something she said?

Framing Britney Spears concludes with an investigation of the “conservatorship” arrangement whereby Spears’s father continues to control her financial affairs. In a chilling coda, we are told that the documentarymakers reached out to Spears but that it was unclear if their message was passed to her.

It’s the capstone on an unsettling portrait of the way the fame monster can tear a person to shreds – and a damning commentary on the culpability we all share in turning Spears’s life into a circus.