'That big career break isn’t coming, you know it, but you keep waiting'

Irish Tribes Today, part 3: The reality for people in the modern freelance economy can be crushing, from 'cruel optimism' to the poor working conditions faced by today's digital bohemians 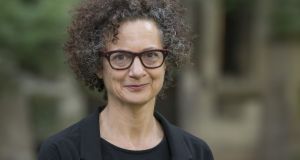 Lauren Berlant, professor of English at the University of Chicago, uses the term “cruel optimism” to describe the need of creative workers to keep expecting the big break. 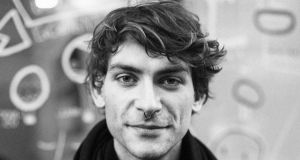 Illustrator Rob Mirolo says he found it much easier to pays his bills when he lived in Berlin, where the cost of living is much lower than Dublin.

There’s one essential trait of modern employment that very rarely gets discussed – you have to be an optimist to survive. When you bounce from internship to six-month contract to maternity cover to cash-in-hand nixer, as so many people now do, you have to be optimistic and believe that another job is coming. Maybe even the kind of job that will take away the stress of never knowing for sure. You’ve got to have faith. The alternative would be crushing.

Lauren Berlant, professor of English at the University of Chicago, calls this kind of wishful thinking “cruel optimism”. “Cruel optimism is the condition of maintaining an attachment to a problematic object in advance of its loss,” she writes. The “problematic object” is often an idea – of yourself, or of the world – that is unrealistic or untenable. That big break you’re counting on isn’t going to come, and you already know this, but you have to keep waiting for it. What else can you do?

Artists, writers, musicians, illustrators, actors – the creative classes – have always been an optimistic and migratory bunch. Many young artists, Irish or otherwise, are still willing to sacrifice a lot to move to London, Berlin, New York, places that have institutions that can support them and offer them professional and social opportunities. They will go somewhere just to go, to see new things, meet new people, try out different versions of themselves.

Of those seeking the dream of making a living from their creative work, there will be some who have no money worries at all. Bohemian art circles have always contained, sometimes even counted on, those who come from wealth. There is still some glamour in the cultural capital of exhibition openings, magazine articles, proximity to talent.

The majority, however, will be scraping by. “Learning to live as lightly as possible, agile and adaptive,” writes Hannah Gregory – an art critic and essayist based in Berlin – of this coterie. “Earning money for the month, not even for the year.”

Gregory finds that many of her peers are “absorbed in the movements of the present, without a sense of advance in direction”. Attempting to live out a dream, they find themselves treading water.

“There’s always going to be the group of artists who are living month to month who are very reliant on what they make themselves,” Rob Mirolo tells me. Mirolo is an illustrator and designer based in Dublin, who has spent time living and working in Berlin. “Then there’s the people who are, not necessarily making money, but have found a way to make money.”

Mirolo classes himself in this group as he pays his bills with commercial illustration work. This was, he says, much easier in Berlin where the cost of living is significantly lower than Dublin.

“Without too much compromise I was able to live pretty comfortably over there, and that was definitely really, really good for my brain,” he says. “Just knowing it’s not my inability to market myself or my inability to get the right clients that’s affecting me being able to live, it’s purely the rent situation.”

Doing what you love

Artists’ ability and desire to live in cheap, run-down places has often put them at the forefront of issues around gentrification. Artists, particularly those who need little more than an internet connection to do commercial work, are not so dissimilar to the programmers, designers and entrepreneurs who have taken over San Francisco and other “tech hubs” in the past decade or two. They work long hours, compete for internships (paid and unpaid), and often give landlords licence to drive up the rents. The two groups also share an attachment to what Miya Tokumitsu has called the “unofficial work mantra for our time”: Do What You Love.

In an article for Jacobin magazine that became the book Do What You Love: And Other Lies About Success and Happiness, Tokumitsu uses Steve Jobs’ address to the Stanford graduating class of 2005 as an origin point for this ideological imperative. In that speech, Jobs said “the only way to do great work is to love what you do”. It has since become the dominant logic of Silicon Valley and the networked world more generally.

“According to this way of thinking, labour is not something one does for compensation, but an act of self-love,” writes Tokumitsu. “If profit doesn’t happen to follow, it is because the worker’s passion and determination were insufficient. Its real achievement is making workers believe their labor serves the self and not the marketplace.”

Róisín Kiberd is a freelance writer who has investigated some of the weirder parts of the internet for Vice’s Motherboard site. She says the freelance economy is an on-demand economy. Without an office, without workmates, without any kind of official time off, you just try to sell whatever it is you do, wherever and however you can. If you’re lucky, your emotions, the people you know, the things you care about all become indelibly linked to their ability to bring in money. If you’re unlucky, maybe you become a Deliveroo cyclist.

“It’s working at home, never seeing humans,” says Kiberd of this freelance life. “You’ll never feel secure, ever. The truly precarious person who has nothing to lose jumps around the place because they just have to gain wherever they can, work wherever they can. It’s so mutable, everything is changeable. Nothing is ever fixed and if you’re at home in chaos, you can thrive, but the rest of us will feel like shit all the time. Nothing is permanent.”

Doing what you love, at least without the success of someone like Steve Jobs, is a precarious way of life. Kiberd wonders what will happen in 10 years’ time when “everyone who is used to moving gets too old for it”. Moreover, this kind of economy creates knock-on precarity for others as well, swelling a pool of semi-employed, on-demand workers. Berlant calls this kind of life a “forced improvisation”, a life which is “increasingly not only without guarantees but without predictables”.

“I feel myself that I can’t complain about these things because there are so many people who would love to be doing what I’m doing,” says Mirolo. “At the same time, lately, I feel like I should talk more openly about the reality of it. But then again, it feels like a humblebrag or something.”