Waking The Feminists report gets the measure of Irish theatre

Culture Shock: The bigger the Arts Council funding, the greater the inequality 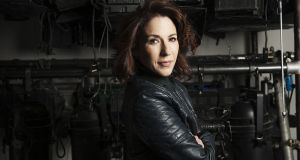 Selina Cartmell, director of the Gate Theatre in Dublin. In Cartmell’s new 12-month season, 83 per cent of the productions will be directed by women. Photograph: Agata Stoinska

Artists are not widget-makers; the creative process differs fundamentally from tractor production. That’s why activities such as collecting data, calculating productivity and setting output targets are often seen as incompatible with artistic expression and cultural activity. For this reason, State funding agencies are often accused of imposing inappropriate and over-officious requirements in return for their financial support.

The recent controversy over proposed changes to the cnuas paid to Aosdána members, for example, hinged on what was seen as a hamfisted attempt by the Arts Council to impose clumsy metrics of productivity on writers, musicians and visual artists.

Despite these disputes, many things can and should be meaningfully measured. As it happens, the Arts Council is also a significant player in Gender Counts: An Analysis of Gender in Irish Theatre 2006-2015, the report published this week by #WakingTheFeminists. Not only did the council fund the report, the 10 organisations surveyed were selected because they were the largest recipients of Arts Council support in Irish theatre.

Gender Counts is an impressive and scrupulous piece of work, although the authors are careful to acknowledge limitations in its scope. The results will probably not surprise many people, but it is still startling to see empirical evidence of systematic inequality laid out so starkly and so comprehensively. Some may quibble with individual elements (the fact the Abbey employs full-time staff, many of them women, in creative positions is not acknowledged, for example), but the 10-year timespan is large enough to refute any suggestion that particular circumstances at certain points in time significantly skewed the overall figures.

“It is now evident, not just from anecdotal accounts but from statistical analysis, that Irish theatre has a significant gender problem,” the report concludes. “Women are poorly represented in the majority of key roles in the top-funded theatre organisations in Ireland. ”

One remarkably striking correlation stands out. The bigger the subvention a theatre, theatre company or festival received from the Arts Council over the 10-year period, the bigger its equality problem was.

“Looking at the first eight sampled organisations, there is a general pattern of an inverse relationship between levels of funding and female representation,” say the authors. “In other words, the higher the funding an organisation receives, the lower the female presence in these roles.”

That blunt assessment raises profound questions for the companies involved: the Abbey and Gate theatres, Dublin Theatre Festival and Druid. As any good scientist will point out, correlation does not equal causation, but it hardly seems unreasonable to draw the conclusion that the higher the status of an institution, the more unequal it has been. This fact should be borne in mind when interpreting some of the global results, as the somewhat better figures for less high-profile companies might lead some to underestimate the scale of the challenge.

To be fair, there are definite signs of change. The Abbey is now measuring gender equality in its programme in five-year periods. It has stated that, while there will be ongoing flexibility within programming for a given year, the artistic programme “will achieve gender balance” over the course of those five years. It has also partnered with Olwen Dawe, a policy analyst with a specific interest in gender equality and diversity, policy and advocacy, to develop a diversity and equality strategy.

Recently installed Gate artistic director Selina Cartmell acknowledges the theatre needs to put together a similar gender equality programme. But she points to her own first programme as evidence the Gate is moving on quickly from what she herself describes as “pretty shocking” numbers: only 8 per cent of plays at the Gate between 2006 and 2015 were directed by women and, in six of the 10 years studied, no plays at the Gate had female directors. In Cartmell’s new 12-month season, 83 per cent of the productions will be directed by women.

Highlighting the continuing primary position of the role of the author in Irish theatre, the report notes overall female representation among authors was 28 per cent, but the Gate and Abbey again had the lowest proportion of female authors at 6 per cent and 17 per cent respectively. Both theatres’ mission statements include commitments to staging canonical and classical work, which inevitably has some influence on those numbers. While Cartmell acknowledges that this poses particular problems for the Gate, she believes there are more creative ways to approach it.

In retrospect it seems almost bizarre that such glaring inequalities did not become a major public issue earlier, and that it took the explosion of anger in 2015 against the Abbey’s Rising centenary programme from women working in theatre for it to do so.

“We understand that the issue of gender equality does not exist in isolation and this study is only a small part of the necessary project working towards a wider understanding of diversity and equality,” the report concludes. Calling for a continuation of the work they started, the authors also recommend a comparative analysis of the thorny issue of payscales, along with research on the career paths, including the role of third level education.

Waking The Feminists forms part of a broader movement to demand greater transparency and action on entrenched privilege and lack of diversity in Irish culture; its impact has already been seen beyond theatre in adjustments in policy changes announced by the Irish Film Board. It’s very much the start of a process which has the potential to be truly profound and transformative.