Playing God: the perks of the play-writing job 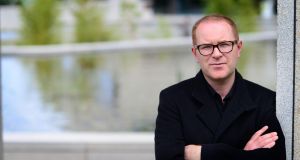 In a curious moment during The Night Alive, the opening show of this year’s Dublin Theatre Festival, one one of its characters gives an account of a revealing dream, closer to a vision. In it, one of the three wise men appears to him and explains the phenomena of black holes, collapsing stars and the deceleration of time. “And when you consider this, we are all just going around and around a place where there is no time,” he ends, describing the universe with a flourish. “How can any man say there’s no god?”

Very easily, to judge from The Curious Incident of the Dog in the Night-time, opening later this week, in which the autistic protagonist, a scientific pragmatist, uses the theory of black holes to casually disprove the idea of god and heaven. (He is, alas, more convincing.)

This may be the unofficial theme of this year’s festival. In Wayne Jordan’s new version of Oedipus for the Abbey, in which Thebans express doubts about their gods in otherwise sacred hymns, one shocked character describes “a black hole in my vision”. Things fall apart; the centre cannot hold, and people search for meaning in the universe only to discover a dark absence at its core.

Playwrights generally get to play God. (It’s one of the perks.) They create worlds, populate them, put words into people’s mouths, assign fates, watch from above. To the audience, scrutinising their creations and trying to fathom their intentions, playwrights seem to hold the meaning of it all. But one of the common features in this year’s festival is to see these creators avoid the privilege of determination, to retreat from the whiff of a well-made play and shy away from glib meanings.

At a public interview with McPherson hosted by Vincent Woods of RTÉ’s Arts Tonight, Conor McPherson resisted easy answers, addressing both the fluctuations in his characters and the tonal shifts of his drama.“Consistency in plays is deadening,” McPherson said, reaching for the example of August Strindberg, the Swedish playwright who stretched naturalism into the symbolic. “Contradiction and inconsistency is actually the stuff of real life.”

Or, as the director of Chekhov’s First Play puts it (played by writer and codirector Bush Moukarzel), while despairing through a live commentary during his production of Platonov: “That’s the problem with making these plays. Life gets in the way . . . Real life is just so messy.”

Dead Centre’s imaginative production may present itself as a performance in freefall, but it is really an invigorating attempt to meet Chekhov’s philosophy of theatre in stunning new terms.

“Let everything on stage be just as simple, and just as complicated, as real life,” Chekhov wrote. Dead Centre’s gambit is to collapse the two into each other.

Chekhov too was full of inconsistencies. Chekhov’s First Play makes arch use of an onstage pistol, a reference to the dramatic principle of “Chekhov’s gun”: if a gun is seen in the first act, it must be fired before the last. But Chekhov’s work is full of stray details, misfiring symbols and unsighted character motivations.

Platonov, his sprawling early attempt, is all but unstageable, but for one critic that was the point. “It is chaotic in a way that bore a remarkable resemblance to the reality of Russian life,” wrote Mikhail Gromov. It’s a mess, yes, but what a mess.

Another random new play, another classical inspiration. Dick Walsh’s Newcastlewest, staged by Pan Pan, takes its impetus from Tolstoy’s War and Peace, or rather from one of the book’s several hundred characters. Marya Bolkonskaya is a devoutly religious woman of duty, terrorised by her father, wondering routinely about the plans of the man upstairs. “What’s the meaning of it all, if everything is just random shit?” asks Walsh’s character, unable to reconcile ideas of chaos and divinity.

It’s ironic that she herself is the heroine of a piece that Walsh created using chance operations, incorporating overheard verbatim conversations, eschewing the idea of plot and overarching design.

“It’s as mysterious as reality,” he says in a programme note, “like an empty parked car with the engine running.”

Meaninglessness, then, is the meaning. We are presented not with a parcel but with a heap – the surfeit of detail in McPherson’s flat, the overheard conversations in Chekhov, the slippery scene changes and mysterious onstage attendants of Newcastlewest – and we must make sense of it.

It seems more than a coincidence that McPherson, reaching back to the example of Strindberg, Moukarzel, channelling Chekhov, and Walsh, taking a cue from Tolstoy, seem similarly inclined to capture the mess of contemporary living while resisting the impulse to impose a linear shape on their narratives.

In each play the characters are drawn by the gravity of debt, destitution, disease or oblivion – black holes around which they swirl – and in each play their author all but abandons them. Our gods set the stage, put things in motion and watch on indifferently. Let everything on stage be just as meaningful and just as meaningless as in real life. It’s the way we get sucked in.