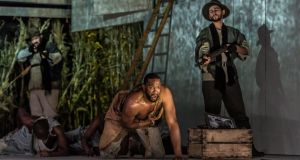 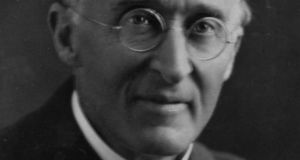 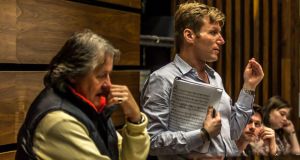 Koanga is Frederick Delius’s most provocative opera, and one of his most beautiful. This drama of interracial love, Louisiana voodoo and a slave who calls down a pagan curse on his plantation is suffused with black spirituals and jazz chords.

Koanga, written in 1895-1897, is the second of Delius’s American operas, part of a remarkable stream of pieces based on African-American and Native American sources that he wrote as a young man while living in Florida, where he had come from England to grow oranges for his businessman father.

According to music historian Cecil Grey, Delius’s music is an example of “that which is known to the mystics as ‘the state of illumination’ . . . a kind of ecstatic revelation which may only last a split second of time, but which he who has known it spends the rest of his life trying to recapture”.

Delius told Grey that his epiphany occurred “when he was sitting out on the veranda of his house on his orange grove in Florida, and the sound came to him from the distance of the voices of negroes in the plantation, singing in chorus”. It is the rapture of that moment that Delius is perpetually seeking to communicate in all his characteristic work.

One of the most direct translations of that rapture is Koanga, which is structured on an old plantation tune and filled with distant slave choruses floating over the water. For Delius, as with Marcel Proust, the attempt to recapture a great moment is as important as the revelation itself, and far more compelling than the shabby present.

The lovers in his A Village Romeo and Juliet “once more relive all those days upon the wildland”; the hero of The Magic Fountain goes on a “phantom quest” in the Everglades for his lost childhood; and the enslaved Prince Koanga invokes pagan magic in the twilight to recapture his lost heritage and reclaim his identity.

The Proustian moment requires a rare, complicated confluence of internal and external factors, but the Delian epiphany needs only a scene from nature: a sunset over a river, a few birds singing in the twilight, a fleeting glimpse of will-o’-the- wisps. Hypnotic harmonies, mysterious pedal notes and offstage vocals take over from there.

Delius’s libretti are often dismissed as stilted and grotesque, but they are not the point. Characters say things such as, “I feel a strange foreboding in my heart; this voodoo will bring me to my grave”, which look terrible on the page but act as a kind of shorthand. Delius’s operas are not about texts and narratives, but about desires, atmospheres and states of nature.

Delius was an admirer of Louis Moreau Gottschalk, the New Orleans Creole composer whose experiments in African-American music preceded his by half a century.

Gottschalk’s best work was also based on euphoric memories of jungles and swamps. The distant cornet soaring over strings in Gottschalk’s A Night in the Tropics anticipates Delius’s far-away brass and choruses in Koanga; the tangy rhumba in Gottschalk’s finale is an Afro-Caribbean dance similar to La Calinda, which Delius used in both the Florida Suite and Koanga.

In his fascinating memoir Notes of a Pianist, Gottschalk describes the tropics as having “a voluptuous languor which is contagious . . . a poison which gradually infiltrates all the senses”. It is easy to imagine Delius writing these lines. In his own libretto to The Magic Fountain, the opera preceding Koanga, he came close, evoking the “great swamp” with its “rank and luxurious vegetation” and fireflies glimmering “by hundreds in the heavy fragrant air”.

The Magic Fountain was never mounted in Delius’s lifetime, but he resurrected some of its sultriest music for the orchestral introduction to Koanga’s third act.

Delius’s source for Koanga was the brutal “Bras-Coup”’ chapter from George Washington Cable’s novel The Grandissimes. Delius loved the vividness and wildness of American literature, especially in Mark Twain and Walt Whitman, and Cable’s work suited his ideological purposes.

Cable, a white progressive from New Orleans, presented slavery as a decadent, destructive institution. Unlike the novel, Koanga begins by depicting plantation life in a nostalgic haze, a typical Delian atmosphere that suggests the old south myth of happy slaves presenting their masters’ meals in bucolic sunlight. But the piece builds towards a polemic against slavery and racism, one that ends with a ringing affirmation of paganism over slavery-condoning Christianity.

Koanga, an African prince of “great dignity”, refuses to work for his treacherous and sadistic white masters, Don José Martinez and Simon Perez. Martinez attempts to bribe Koanga by offering him Palmyra, a young mulatto with whom the prince has fallen in love. But just before the wedding, Perez, who has repeatedly stalked and harassed Palmyra, kidnaps her. Led on by his wife Clotilda, Palmyra’s half-sister, Don José refuses to intervene.

In rage and despair, Koanga calls down a spectacular and peculiarly non-selective voodoo curse that wipes out the plantation: “We shall be free, never more to slave,” he shouts, as he rains down a “triple curse on land, and air, on flood”.

In the violent finale, Koanga, incited by Palmyra (“Kill him like a dog”), runs Perez through with his spear. His white masters then whip him to death, bringing his mutilated body out on a stretcher. Palmyra commits suicide after renouncing Christianity and embracing voodoo, gloating that her lover’s “curse will stay with you! Hated whites who dared to kill a Voodoo Prince!”

The opera demolishes standard music history, sometimes in jaw-dropping ways: “He will meet her when the sun goes down,” for example, is a slave chorus sung over distant banjos, one of Delius’s most intoxicating effects, years before the operas of Scott Joplin and George Gershwin.

Koanga is rarely performed, and it had such a tortuous history that we are lucky it survived at all. In it, Delius began dismantling the standard distinctions between aria and ensemble, a process he carried further three years later in A Village Romeo and Juliet. Vocal lines ascend and intermingle, melting in and out of the orchestra, a method Delius called “flow”, where one idea meanders into another, where a melody is a bird call or glinting reflection imperceptibly swelling into something bigger before drifting away.

The opera allowed the composer to directly express his empathy with African- Americans, to whom he owed the soul of his aesthetic. As Christopher Palmer writes in Delius: Portrait of a Cosmopolitan (1976), Delius connected with the sorrow and isolation of African-Americans, for they reflected his own. But there may also be a more specific connection.

All seven of Delius’s operas involve unconventional love affairs, and it’s hard not to wonder whether his alleged secret amour with Chloe Baker, a young black woman with whom he supposedly fathered a child in Florida, is a subtext.

The Magic Fountain and Koanga both involve interracial couples in America, and the latter was written during the period Delius is believed to have revisited Florida to find Chloe and his son, only to discover, in a typically Delian narrative, that they had vanished. Jack Sullivan is professor of English and director of American studies at Rider University and Westminster Choir College. His Wexford lecture, Hitchcock’s Music, is on at 11am on October 30th in the Jerome Hynes Theatre.

A Long Petal of the Sea: Characters take back seat in story stacked with historical detail
Real news has value SUBSCRIBE