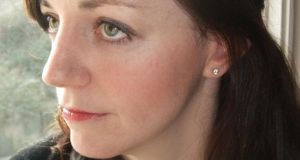 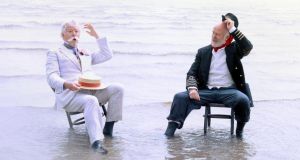 ‘We must reform society before we can reform ourselves,” George Bernard Shaw wrote in the preface to his early play Misalliance. It is this sort of idea that inspires director Róisín McBrinn, whose production of Shaw’s Heartbreak House is showing at the Abbey Theatre.

McBrinn’s theatrical projects have not shied away from direct political engagement. Her previous work at the Abbey includes No Escape, a documentary production based on evidence from the Ryan report on child abuse, and next month she takes up a post as head of the artistic programme at Clean Break, an arts and education organisation that provides links between theatre and women in the British prison system.

“What Clean Break do,” says McBrinn enthusiastically, “is try and blow up prejudices by telling stories that don’t get told, and redefining scenarios that people find definitive. The idea is to work with female offenders, ex-offenders and those likely to offend, teaching them theatre-based skills in terms of rehabilitation but also employment. My aim is artistic: to commission female writers to write about issues surrounding the penal system.”

The company’s ethos, she says, is guided by the idea that “theatre can change lives, and that is something that has always informed the things I have directed, because I believe that, even on a very small level, theatre can change how you look at something or at least provoke an argument around it. That is what Shaw was trying to do too. His aim was to change the world.”

In some ways Heartbreak House is a typically Shavian offering. Set in an upper-middle-class country house on the cusp of the first World War, it offers a damnable portrait of a monied elite blind to the political realities around them. “The play is looking at a particular class and its blindness to the future,” as McBrinn tells it.

“They are self-obsessed, eccentric, bohemian, and they don’t have a huge amount of civic or social involvement, so they get the most startling rude awakening by the end of play, which was written just before the outbreak of the war.

“It was prophetic on Shaw’s part and quite profound. This was a small but very powerful element of society that sleepwalked into it, and was totally shattered by the consequences.”

But if the high moral tone of political condemnation is familiar territory for Shaw, the form of Heartbreak House is something quite different, with its blend of genres and wildly shifting tones. “We can be a bit strict about what a play is, and how you should define or market it, but that was not Shaw’s preoccupation,” says McBrinn. He just wanted to tell a story, and if that involved moving from romantic comedy to farce to tragedy, well and good.”

It certainly provided a challenge to her as director, but McBrinn rose to it. Instead of dealing with it as a problem, she says, “I decided to embrace the play’s eccentricity, because its eclectic nature is part of the kaleidoscopic, madcap nature of the characters’ lives. There is a touch of the dream about the play, and I found that quite liberating.”

Something she struggled more with, however, was the challenge of history: both the weight of the war’s centenary this year and the weight of the Abbey’s formidable legacy. “I have been listening to all the media coverage this year, and it has been really moving, especially listening to the Irish stories, and how to do justice to that with the play,” she says.

On her main-stage debut, McBrinn says: “My formative years were spent as an audience member at this theatre, and I am very aware of that.”

Technically, however, “I am thankfully not overwhelmed, as I have directed on bigger stages”. These bigger stages – which include Donmar Warehouse in London and Cardiff’s Sherman Cymru, where she has just finished a two-year stint as associate director – have without exception been in the UK, and McBrinn gives a pragmatic explanation of why: “It is really hard to access opportunities in this country.”

After graduating with a degree in drama and Spanish, she went to Britain for a residency at Donmar Warehouse, “because there wasn’t one here. I thought I’d come back but I didn’t. There was just more opportunity there, not necessarily just for women.”

She adds that Rough Magic’s Seeds programme and the Abbey’s residency for assistant directors were “big steps forward” when they were established, but “access is still a big problem for young directors in Ireland in terms of making a viable career in the theatre”.

McBrinn credits her post at Clean Break as vital to maturing her vision and giving her the opportunity to step away from freelancing.

“The most stimulating part for me now is audience development: finding ways to create continuity with an audience, promoting a healthy local connection. I am more interested in the long-term impact of work than in the single bolt of a production.”

That being said, it was a single production that changed McBrinn’s understanding of the theatre.

“I remember seeing Niamh Cusack in A Doll’s House at the Gate when I was a teenager,” she says. “I had always been privy to the emotional and entertainment qualities of theatre, and it was very attractive to me, but I realised all of a sudden what a political force theatre could be.”

With a six-week run of her production of Heartbreak House, McBrinn has the opportunity to show an Irish audience exactly what she – and Shaw – mean by that.

Heartbreak House is at the Abbey until September 13