Irish comedians at the Fringe: Triumph, tragedy and chips

Every year, a gang of homegrown gag-meisters take their shows to the world’s biggest arts festival in Edinburgh. Here are some quips from this year's crop 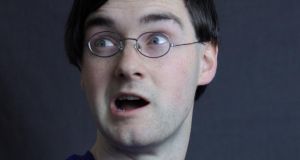 Conor O’Toole: “I reckon around year 10 I’ll figure out how to write jokes.”

Each year, performing artists make a pilgrimage that each must take at least once in their artistic lifetimes: they head north to pay their respects at the Edinburgh Festival Fringe, the world’s largest arts festival. The festival, which begins today, is made up of more than 30,000 performances of 3,300 events over 24 days, drawing more than 600,000 visitors to the Scottish capital each year.

The crowds come, in part, because the festival features the world’s best comedians. We spoke to some of Ireland’s up-and-coming comics who are taking another stab at the festival this year, about their new shows, their secret weapons, and their Fringe survival guidelines. 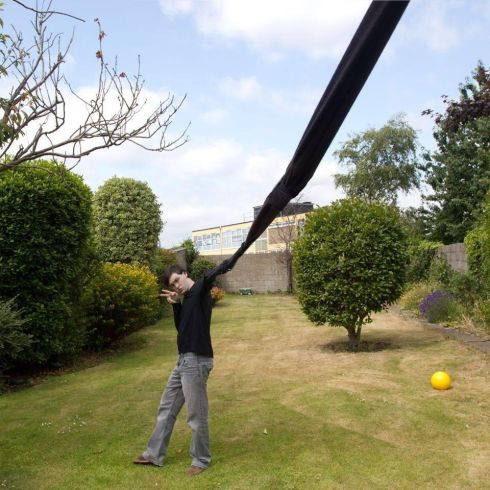 What’s this year’s show about? I’ve been reading a lot about the first World War this year, which it turns out was a really, really bad war. I’m finding it super hard to be funny in light of that. The show this year is a retrospective displaying the ways in which I used to be funny, even though I’m not any more.

How do you survive the Fringe? Cook at home, sleep loads, and avoid drinking with people. Basically, I try and be as little craic as is humanly possible.

What’s your weirdest past Fringe experience? I once ran through a park in the lashings of rain screaming at pigeons and chasing them around with a spring on a stick. It was during my show so everyone thought it was part of the performance. It wasn’t.

What’s the best comedy advice you’ve gotten? There’s only one thing that seems to ensure success in comedy. It’s not a sense of humour, it’s sheer dogged persistence. That’s what I’m betting on. I reckon around year 10 I’ll figure out how to write jokes.

What will you be going out of your way to see? Chaos Theory, a sketch show from a couple of the Firehouse filmmakers.

Why should audiences pick your show? People shouldn’t come to see my show in Edinburgh because I’m doing it in Dublin in September. People should go to that and reduce the environmental impact. 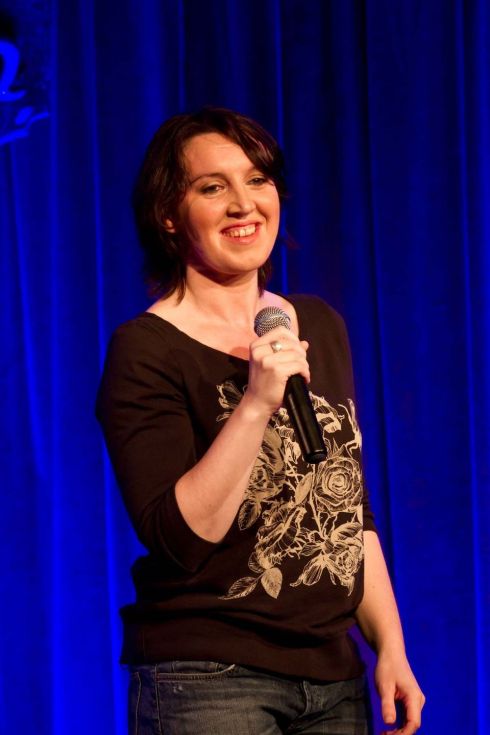 What’s your show about? It’s about the things we were told as children that were presented as rules, and coming out into the world and realising it doesn’t work that way. Why put yourself through Edinburgh again? The best comedy in the world is at the Edinburgh Fringe so you’re putting yourself in that category. You get to see brilliant comedy and be compared with it.

How do you plan to stand out this year? By being really funny. I dislike all the attention-grabbing stuff people do for marketing, it’s cheap. I’ll be being funny, making the people at my show laugh and using word of mouth.

Sum up your festival diet Not too bad. I normally have breakfast with my flatmates, but there’s a curry house I go to before my show, Mosque Kitchen. I end up in there most days.

Who will you be going out of your way to see? Tony Law, Glen Wool, Tom Stade, Lou Sanders.

Why should audiences pick your show? It’s funny and I believe in it. I don’t know if they should, actually, maybe they should just go and see a lot of shows. 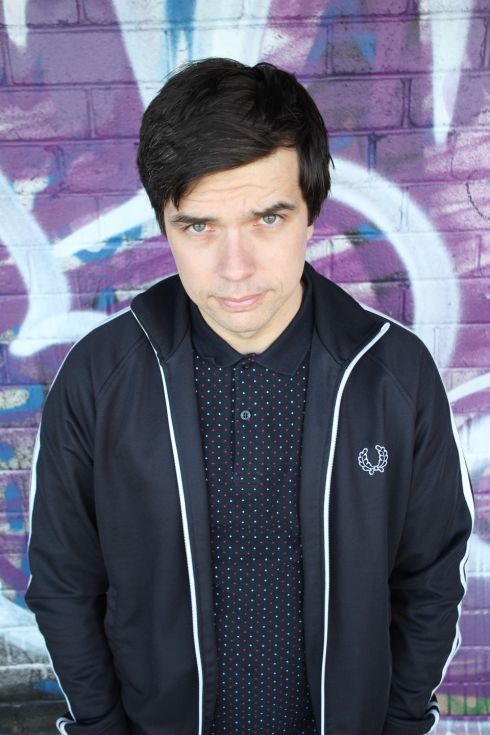 What’s the show about? I got married. We had an eventful wedding day and an even more eventful honeymoon. As it fell to pieces, I was selfishly thinking, this is going to be a great show.

Your weirdest past Fringe experience? I got the mumps. No one believed me, they just thought I couldn’t handle the stress of Edinburgh. The first doctor I went to said it wasn’t the mumps so I did loads more shows. I was shaking everyone’s hand, creating an epidemic.

Do you have a go-to joke for when crowds just aren’t having any of it? Just throw them out of the room.

Sum up your festival diet Terrible. The chipper food isn’t up to scratch, not like the battered sausage you’d get in Cork. You’re eating unhealthily but you’re not even enjoying it.

What’s the best comedy advice you’ve gotten? I remember doing a gig with Ardal O’Hanlon. I was mulling over new stuff and going will I, won’t I? He said the important thing is to believe in the new material. If you don’t believe in it, they won’t believe in it.

Who will you be going out of your way to see? Tommy Tiernan.

Why should audiences pick your show? I’ve got good faith in it. It’s the only show featuring me. 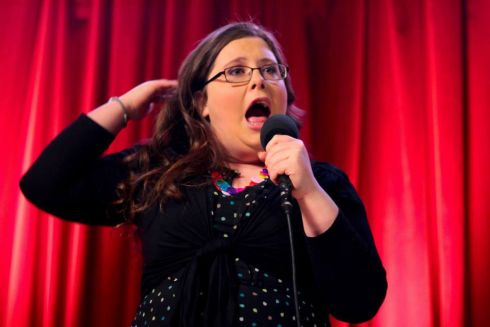 What’s the show about? It’s about coping mechanisms. I called the show Discovers Hawaii on a whim. I planned to write Hawaii-based humour. I haven’t. Where does your sense of humour come from? When I was a kid, my friend had a really big nice house. I felt the need to entertain her, so I could stay at her house to play Barbies. That’s where my humour comes from.

What have you learned about how to survive the Fringe? I would often burst into tears on public transport, because of hormones and a sinking feeling my career was destroyed. So, take some time out for yourself.

Weirdest past Fringe experience? Crying into a jacket potato. There was a lot of crying, mostly into potatoes. I had a mini-breakdown beside the self-service checkout at Tesco Metro. It was accusing me of stealing when I wasn’t.

Do you have a go-to joke for when crowds just aren’t having any of it? I get miffed when an audience don’t like me. I talk to them like they’re my friends, then feel personally rejected if they don’t like it. I make up rumours about why they’re bad people in my head.

Who will you be going out of your way to see? Sophie Hagan, Gearóid Farrelly, Liam Williams.

Why should audiences pick your show? My show is free so there’s no financial risk. And I’m really good. 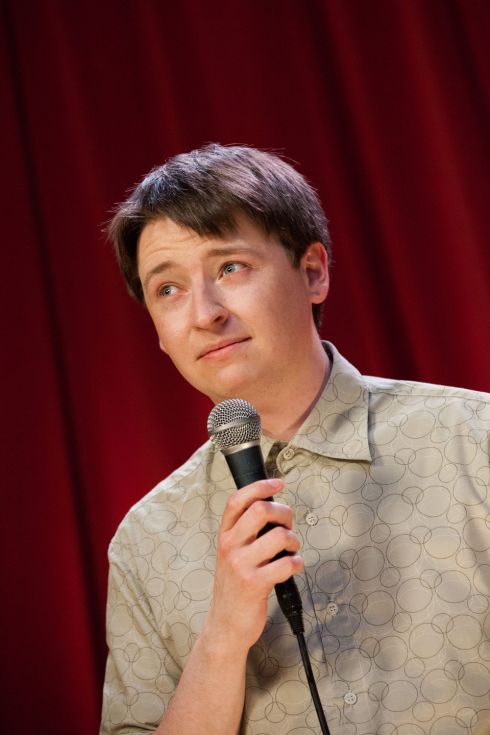 What’s the show about? People say it takes a career of Edinburghs to find your audience. That would take too long so I wanted to do a different show every day. People could come back the next day; I could build an audience quicker. That was too much, so now it’ll be about seven shows.

Why put yourself through Edinburgh again? Everyone’s a comedian or a producer so it’s the one time of year everyone else is the weirdo, not you.

Any cunning plans to get punters in? Do more shows than others. I’m going to do seven shows, everyone else is doing one. It’s probably stupid, I’ll probably go mad. Sum up your festival diet Blueberries and chips.

Best comedy advice you’ve gotten? Not to take it too seriously. Last year I went over thinking I’d tell everyone how it’s done and how it should be. I was too tense about it. Once you start messing around more, it’s more enjoyable for everyone.

Who will you be going out of your way to see? Last year, the shows I got dragged to ended up being the best, so this year, I’m giving everyone a chance.

Why should audiences pick your show? There’s 150 jokes a show and if you like a show, you can come see another. 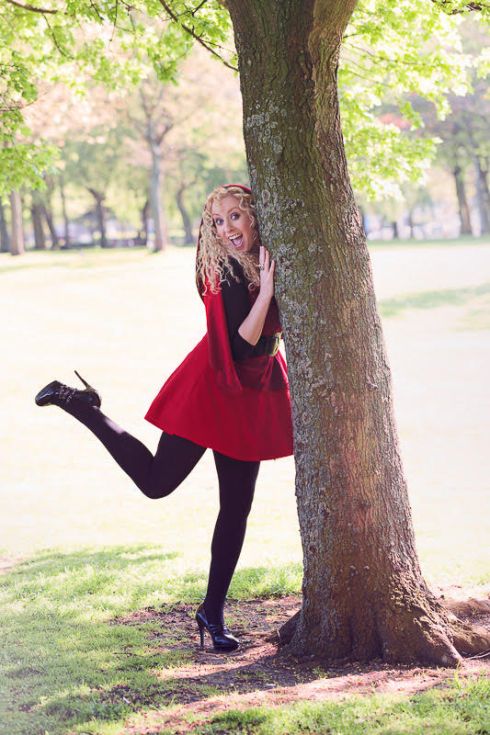 What’s the show about? It’s about not being able to blend in, mistakes, awkward moments, embarrassing stories, everything.

Where does your sense of humour come from? My inner gobshite.

Weirdest past Fringe experience? The lowest number of people I’ve ever performed to was two grannies and an Indian couple. Surprisingly, it went very well. Do you have a go-to joke for when crowds just aren’t having any of it? Sometimes if I feel like I’m dying on my hole, I’ll say “Jesus I feel like a protestant at a RA meeting”, but maybe that won’t even work over there?

Sum up your festival diet Alcohol, and a few Pringles in the morning.

Best comedy advice you’ve gotten? It’s okay to speak well of yourself. In Ireland people are like, “That one. Being confident. What a wagon”, but it’s okay.

Who will you be going out of your way to see? Luisa Omielan.

Why should audiences pick your show? If you’re really up for the craic you’ll probably connect with me.