Bastard Amber: WB Yeats would approve as dance comes to the Abbey

In her new show, choreographer Liz Roche makes a golden connection to the poet 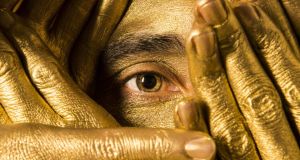 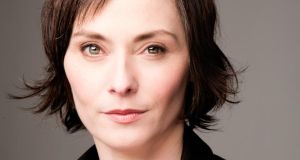 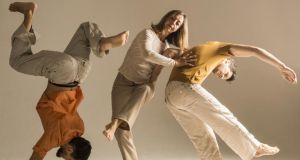 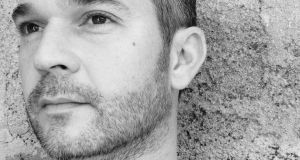 The appearance of a commissioned evening-length dance on the main stage of the Abbey for the first time is, according to the theatre’s publicity department, “a watershed moment”. It’s also a bloody disgrace.

Ninety years ago, dance played in integral part in WB Yeats’s vision for the Abbey Theatre, but Irish choreographers have been absent from the stage for most of the theatre’s history. That reinstatement is both a cause for celebration and despondency.

Either way, choreographer Liz Roche is firmly focused on the opening night of her new dance, Bastard Amber – co-commissioned by the Abbey, Dublin Dance Festival and Kilkenny Arts Festival – and is determined to seize the moment.

“In creating Bastard Amber, I wanted to create a piece that truly belonged to that stage,” she says. Watching rehearsals a month before opening night, the calmness and preparedness is striking. The acceptable level of chaos, normal at this point of the process, is absent; sequences are well-polished, and the six dancers and four musicians are clear about their cues. The sense of order is also reflected in drawings lining the walls of Paul Wills’s set, whose simple and satisfying proportions will provide an apposite frame for the dancers.

“I wanted to inhabit the space fully, in a way that the space understands, if that makes sense,” says Roche. Rather than the blank canvas of a bare stage, she felt that the Abbey’s larger stage demanded the additional texture provided by a set. The larger scale might present challenges, but it is something that she planned for a number of years.

She established her dance company, formerly called Rex Levitates, along with her sister Jenny, whose career path took her into dance academia and further away from the company: she is now a lecturer in the Queensland University of Technology in Brisbane. She renamed the company Liz Roche Dance Company and drew up a 10-year plan with Catherine Nunes, founder director of Dublin Dance Festival, who is a long-term supporter of her work.

“One of the plans was to ensure that my future dances wouldn’t be restricted to a particular-sized stage, but to think about creating on a larger scale with more dancers. For me, just putting that down on paper was the impetus to think bigger.”

The encouragement offered by Nunes and her board has been instrumental in her artistic development. “The support strengthens you into making braver work. You can be clear about what you want to do and not get locked into old habits.”

In Bastard Amber, Roche connects with Yeats and his writing, particularly the poem Sailing to Byzantium. Was it something that she always wanted to create? “I can’t say that it was. I never imagined the piece until the opportunity came along.”

But Sailing to Byzantium has had a deep influence on her. “I remember at school really connecting to it, and I wasn’t pretending to connect to it.” In particular she relates to the sentiments of an ideal artistic environment existing elsewhere. “I understand that feeling of always wanting to be somewhere else, always wanting to be in the sun somewhere. If I imagine myself in a perfect life, it isn’t here in Ireland, even though this is where I’m happily living.”

The depiction of the mortal body is also resonant. Yeats writes: “Consume my heart away; sick with desire / And fastened to a dying animal / It knows not what it is; and gather me / Into the artifice of eternity.”

“The dancers and I worked on those lines quite a bit in rehearsal,” she says. “Often the relationship that a dancer has with their body is frustration. At times you think of it as a dying animal that won’t do what you want it to do.”

One problematic aspect of the poem is its ending, when Yeats wishes the sages take him from his body where he could exist in “the artifice of eternity” as a golden bird on a golden bough singing of past, present and future.

“The end of the poem never really rings true for me,” says Roche. “It almost seems like a cop-out. I don’t want to end up like that. Others interpret it differently, that there’s nothing expected of you in that place and so that is paradise.” Puzzled, she went to look at the copy of the poem in the exhibition Life and Works of William Butler Yeats at the National Library.

“It’s typed out, and everything in the first three stanzas is scribbled out and rewritten, but in the last stanza there’s just one little editing mark. I know that I’m projecting this, but it was as if the last stanza was what he clearly wanted to say and the rest of the poem is just building up to that. The last stanza is what is clearly felt.”

As well as the golden bird and bough, gold is found in Patrick Scott’s paintings, another touchstone in Bastard Amber. Of his gold paintings, Roche says: “I’ve always been interested in the scale and sense of tranquillity within the simplicity.”

Scott’s presence in Bastard Amber is clear in the form of a giant golden circle at the back of the stage. “Even when this was being constructed in the workshop, it had the power to stop people in their tracks and just gaze at it,” she says. “It’s beautiful and so simple.”

Away from the text, Roche is keen to interrogate Yeats’s ideals of movement expression that emerged in his Plays for Dancers.

“He wanted movement to be a smaller gamut of expression, and I’ve concentrated on the body’s simplicity and using a smaller palette of movement. By doing that I’m also honouring that side of myself that loves form, symmetry, shape and order.”

This year’s Dublin Dance Festival marks the end of Julia Carruther’s tenure as artistic director. Her successor is Benjamin Perchet, who has worked in various curatorial roles at La Maison de la Danse in Lyon, an organisation known for brave programming.

At the premiere of Maguy Marin’s Umwelt in 2004, co-commissioned by La Maison, there were walkouts, ripped ticket stubs were thrown at the stage and shouting matches erupted between factions in the audience.

Perchet isn’t expecting such stormy nights in Dublin, where walkouts are more likely to be caused by audience members remembering that the iron was left on. But he is interested in work that will be questioned by the audience and will widen their field of perspective.

“Even though it is respected locally, nationally and internationally, the festival deserves to strengthen its place on the map as a key place to discover sensible and challenging artistic projects, both Irish and international,” he says. “Dance has always been porous to the other arts and flirts more than ever with new circus, visual arts, theatre, new magic, as the infinite possibilities of the new technologies.”

Slow to mention specific programming biases, he is interested in hosting Floor on Fire: Battle of Styles, a kind of breakdance battle open to dancers of all genres. This reflects his interest in dance in all its forms and techniques. “I’m very moved by the seriousness, the rigour, the simplicity as well as the humility of all dance artists.”

A line-by-line, death-by-death reminder of the evil of the Troubles
8