Animus: The sound of horror 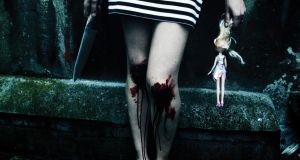 You have probably seen dozens of films like Animus. Indeed, there are so many that there is an entire sub-genre that parodies this type of Gothic horror: grown women trapped in childhood roles; suggestions of a tragedy that may be murder or misadventure. You get the picture.

It is unusual, however, to see this sort of material on the stage, and despite the clichéd story, Noelia Ruiz and Denis Clohessy use an impressive range of theatrical tools in their telling. Live musicians give an extra dimension to Clohessy’s sound design and original score. Kevin Smith’s lighting creates murky suggestions behind frosted glass and clear illuminations of violence. Performances from Jim Roche, Camille Lucy Ross, and Anna Shiels-McNamee are mixed with recorded audio-visual material. Director Ruiz, meanwhile, commands the disparate elements with an assured clarity. It is just a pity that Animus doesn’t have anything original to say.

The best play to see in Ireland this week
10