Premature concert clappers: let’s give them all a round of applause

There’s not much point in frowning on ‘ill-timed’ applause. What’s unusual today used to be the norm 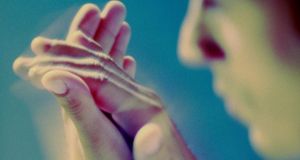 ‘Applause between movements? Whenever I hear it, I welcome it, because I take it to mean that there’s someone in the hall who probably hasn’t been to a classical concert before.’ Photograph: Thinkstock

Do you remember the first time you went to a classical concert? And how you viewed its peculiar rituals and formalities? Nobody talks during the music, and even an overly loud whisper can be you frowned upon by the people sitting near you.

Applause follows rules too. You’re not supposed to clap between movements, only at the end of a piece. Which, of course, assumes you always know when a piece is over. And the performers look like they might have wandered out of the kind of upper-class dinners represented in 1930s movies.

I get my ear bent from time to time by people who want to punish or banish transgressors. I have a good friend with whom I’ve been sparring for years over the business of premature applause, and I’m still not sure that we’ll ever fully agree.

It’s time to put my cards on the table. Applause between movements? No problem. It can be disturbing, and there are certainly times I wish it didn’t happen. But whenever I hear it, I welcome it. That’s because I take it to mean that there’s someone in the hall who probably hasn’t been to a classical concert before. And not only are they there, but they’re also eager to show their appreciation. If we can’t embrace newcomers and somehow make them feel welcome and at home, then the problems of audience renewal are guaranteed to be insurmountable.

A matter of tradition
The timing of applause, of course, is simply a matter of tradition. I’ve been in major halls in major cities around the world, venues where you would imagine everyone already knows the ropes, and I’ve heard people there applaud at inopportune moments, too. After the exciting close of the third movement of Tchaikovsky’s Pathétique symphony is an obvious trap for the unwary. And if you keep your eyes on the heads around you in the shocking change from pppppp to ff in that symphony’s first movement, you’ll see quite a few of them bounce from the unexpected impact.

I’m sure that at least some of the people who complain about applause between movements are not even aware that it was once the norm, and, unless I’m mistaken, persisted in France until some time in the early 20th century. Other practices have disappeared, too.

The composer Paul Hindemith, who was also a virtuoso viola player, wrote a vivid letter to his wife, Gertrude, when he gave the premiere of William Walton’s Violin Concerto at the Proms in London.

“Walton is conducting the concerto himself,” he wrote. “It won’t be up to much. So far he has had only one rehearsal in which he managed to play the first movement just once. The orchestra is bad, consists mainly of women, and English ones at that . . . And at the concerts themselves there aren’t even seats. The audience stands around – smoking permitted – and can do as it likes. Notices all over the place. Please don’t strike matches during the music. One can really feel homesick for Zwickau or Bielefeld.”

There was also a time when the recitals at the RDS carried signs warning “Knitting strictly prohibited”, and I recall reading that the New York Philharmonic Orchestra had to do the same during the first World War, when some of its subscribers took to knitting during concerts as part of the war effort.

What got me thinking about all of this was a letter from a person in Co Kerry who travelled to Dublin for a recent concert in St Patrick’s Cathedral by The Sixteen. The writer was disappointed by the intrusive applause.

The letter was addressed to Simon Taylor, chief executive of the National Concert Hall, which promoted The Sixteen’s concert, and the major bone of contention was that the audience ignored a message printed in the programme: “The Sixteen respectfully request audience members reserve their applause until after each group of pieces, as indicated, rather than after each piece.”

I have two problems with this request. Firstly, as it was made only to those people who purchased a programme, there was no way it was going to be universally observed. If you want everyone to ration their applause, you have to tell everyone, not just the people who bought programmes.

Secondly, with the best will in the world, I was unable to work out from the programme itself which works were supposed to be grouped together. One way of looking at it gave just two groups. Another way gave nine. Again, a specific announcement from the stage would have taken care of this.

Applause between movements
By curious coincidence, the RTÉ National Symphony Orchestra’s concert on Friday had an audience that insisted on applauding between movements, and there was early applause at the Hugh Lane Gallery on Sunday in Franzita Whelan and Finghin Collins’s performance of Strauss’s Vier letzte Lieder.

At the gallery, the applause seems to have been occasioned by the printing of the texts of the first three songs on a single page, with the text of the fourth overleaf. Yes, it did say Four Last Songs at the top of the page. But, obviously, some people who were living in the moment couldn’t help themselves.

I found myself rather underwhelmed by the performance of the Strauss songs, mainly because Collins’s handling of the piano part was obtrusive enough to sound like it was in competition with the voice, rather than partnering or supporting it. The transformation in Reynaldo Hahn’s À Chloris was complete and immediate; everything came into sharp focus and stayed that way.

Whelan’s expression of scorn in Mozart’s Alma grande e nobil core sounded rather more forceful than the music could actually bear (Collins got the balance right here), and the duo’s encore of Benjamin Britten’s arrangement of The Salley Gardens was utterly mesmerising.

The NSO’s programme conducted by Garry Walker was one of a Big on Britten mini-series celebrating the composer’s centenary, and included a high-impact account of the Sea Interludes from Peter Grimes and the inimitable Serenade for tenor, horn and strings, with Andrew Staples the commandingly clear tenor and Marie-Luise Neunecker a dispassionately probing horn soloist once she got past some initial difficulties.

Walker swung through the Dance Episodes from Leonard Bernstein’s On the Town with swaggering aplomb, though he didn’t seem to find the same sharpness in Aaron Copland’s Appalachian Spring.

The last concert of the NSO’s Big on Britten series, featuring the Soirées Musicales, the Cello Symphony and Saint Nicolas, is on November 29th.