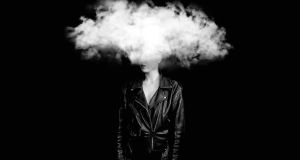 Straight out of the leftfield: Dublin producer and singer Bad Bones

Little Green Cars - The Song They Play Every Night
In the two years since releasing their debut album Absolute Zero, the Stillorgan band in their early 20s have spent much of their time touring  Europe and North America. In-between, life happened, two people close to them passed away and relationships dissolved. The Song They Play Every Night addresses the mental outcome of all of that in a reflective REM-style song that finds singer Stevie Appleby delving inward. He doesn't find solace in his attempts to alleviate his pain. “Loneliness, thy enemy is my only relief and “if you don't love me now / you didn't love me before,” suggests he's dealing with his vulnerable difficult state on his own too. The song is a marker of maturity gained from experience. Little Green Cars' new album Ephemera is released on Glassnote Records in March.


Ivy Nations - The Mile Road
The Dublin indie-pop band's first single offering takes its cue from Belfast's Two Door Cinema Club, dealing in a danceable taut indie guitar rhythm that leads to an a earworm chorus. The Mile Road is their debut single and if indie discos still existed, this would be a floor-filler.


Tommy KD - Homeless
After coming to prominence via an appearance on TV show Love/Hate, the Ballymun rapper keeps it real with a song drawn from his time as a homeless man on the streets of the capital. “I'm homeless / But I'm human too / I'm no different than any of you / It's just your ignorant attitude / that makes me feel so blue.” Tommy's album, made with DJ Mek, is out this week.


Contour - Patternal
The Dublin electronic duo of Conan Wynne and Anna Doran have dropped a new track to coincide with their appearance at Whelan's Ones To Watch Festival in Dublin (over four nights from Thursday to Sunday for €10). The song is “about a man taking responsibility for a child he regretfully fathered,” a metaphor for society's need to address the Syrian refugee crisis. The band are asking for donations towards Syria Vibes, a crowdfunding campaign by their friend who is travelling to Syria to help out medically.


Toby Kaar - Snapdragon
Five years after first blowing Irish audiences away with his brilliant and engaging live electronic show, Cork man Toby Kaar is finally releasing a debut EP, Gumbrielle, on the Dublin label Music Is For Losers on March 18. Snapdragon from the EP, is a hypnotic and uplifting beat production, that uses a cut-up vocal to provide its emotional resonance over a warm twinkling Four Tet-esque arrangement.

ALBUM OF THE WEEK
Villagers - Where Have You Been All My Life?
Live albums usually don't offer much more than a momento to those who were present but unlike most, Villagers' new live LP was recorded in one day in the studio in London's RAK. The setting does away with crowd noise, but what the studio vacuum allows is new, quiet versions of older songs (recorded in one or two takes), from Conor O'Brien's first two albums, that contextualise them in the the same bracket as 2015's stripped-back third album Darling Arithmetic. Also included is a cover version of the classic Wichita Lineman recast in the Villagers dye and a song O'Brien wrote for Charlotte Gainsbourg to sing – Memoir.

Credit must also go to the player Cormac Curran on grand piano and synth, Danny Snow on double bass, Mali Llywelyn on harp and mellotron, and Gwion Llewelyn on drums and flugelhorn, who help enrich the songs, old and new. Even the songs from that largely acoustic recent album are remoulded with subtle new arrangements, further reaffirming the sturdy talented songwriting of O'Brien.

NEW ARTIST OF THE WEEK
Bad Bones
Sal Stapleton makes the kind of music that doesn't really have a predecent in Ireland. Inspired by leftfield electronic, R&B and house music, the Dublin producer and singer has arrived at a sound that's more often championed by platforms/magazines such as The Fader and ID. Beg, the newest single from Bad Bones, sounds inspired by the wonky R&B pop of FKA Twigs and dark-gilded house music, creating a tense hybrid of Eastern-influenced pitched-down vocal sample music. It helps that Stapleton's vocals sounds like  pop maverick Robyn during a whisper. You can catch Bad Bones play live this Saturday in Mart, Rathmines, Dublin, alongside Owensie, at the Seasons series of gigs.