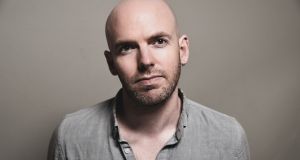 The most striking of the Irish projects Michael is Gallen’s. Photograph: ShawnFitzgerald

No less than three opera projects from Ireland have been shortlisted for this year’s Fedora prizes. That’s quite an achievement for a country where national Arts Council funding of opera is less that half what the Arts Council of England grants to the city of Leeds, population 793,000.

Fedora’s president, Jérôme-François Zieseniss, describes the organisation as “an association made up of philanthropists from all over Europe” which “aims at supporting the renewal of opera and ballet”. The emphasis is on new work, co-productions and innovation, and prizes are awarded under four headings: opera, ballet, education and digital.

The Irish projects are from Michael Gallen’s Straymaker (in the opera category), Wexford Festival Opera (education) and Irish National Opera (digital) and embrace partners in France, Italy and Spain.

The most striking of the Irish projects is Gallen’s. He’s a composer, performer and writer who was born in Co. Monaghan in 1986 (lots of traditional music in his upbringing), trained in Paris and has been back living in Ireland since 2014. He performs with the band Ana Gog, as a solo pianist as Sudden Wells, and says he has always been “on the periphery of both the contemporary music scene and the contemporary dance and theatre scenes. And I’ve never found that I fit completely into any of those worlds. There’s always a bit of me that wants to peer over the fence to see what else is going on.”

His Fedora Prize-nominated opera, Elsewhere, is the first project by his new opera and music-theatre company, Straymaker, and, if all goes well in this Covid-beset world, the work will have its premiere at the end of the year. The opera is “loosely based on story of the Monaghan asylum Soviet,” which he calls “a really unlikely historical event”. It is after all, he says, “the first Soviet outside of the Soviet Union and it took place in a psychiatric hospital in Monaghan in 1919”.

The takeover of what today is St Davnet’s Hospital predates the better-known Limerick Soviet by two months. Gallen himself, in spite of his Monaghan background, didn’t get to know of it until a couple of years ago.

The staff of what was then the Monaghan Lunatic Asylum were “front-line workers during a  pandemic” and went on strike “to achieve better working hours and to be allowed to go home between shifts. It just happened that Peadar O’Donnell – the republican activist and writer – was in Monaghan at the time, working with the Transport and General Workers Union.

“They asked him to come and lead the strike and, because they didn’t want to compromise on patient care, O’Donnell came up with this idea that they would barricade the gates and set up a Soviet commune.” The asylum, which had its own farm, was remarkably self-sufficient.

Gallen, whose production partners include Opéra de Rouen Normandie, the Abbey Theatre, French ensemble Miroirs Étendus, poet Annemarie Ní Churreain, playwright Dylan Coburn Gray and director Tom Creed, has chosen to view the events of 1919 through the later visions of one of the hospital’s patients.

Neither of the other Irish companies offers what you might call a straightforward evening of opera. INO’s Out of the Ordinary, shortlisted for the digital prize, is a virtual reality community opera that will bring together people living “away from major cultural centres” – Irish speakers on Inis Meáin, communities in and around Tallaght, and rural secondary school students.

Director Jo Mangan describes herself as “always a kind of a tech geek, interested in technology and how it could be used or incorporated in the best way into the making of work”.

When she was asked to curate the Prague Quadrennial of Performance Design and Space in 2019 she decided to do it employing virtual reality. She has also worked with Camille Donegan of Virtual Reality Ireland. That’s part of the track record she thinks led INO’s Fergus Sheil and Diego Fasciati to pick her out of “what’s really a rather small pool” of VR expertise in Ireland for their new project.

Because it’s been such a long-scale project – running over three years and scheduled to deliver in the middle of next year – she’s had the luxury of never feeling she was working on one of those unfortunate ventures that would come to naught because of Covid-19.

It’s part of a “multilayered European project called TRACTION, which includes parallel university research, including DCU here in Dublin. There’s also a project in the opera house in Barcelona, and in Portugal they’re working with a prison group”.

TRACTION is led by Spain’s VICOMTECH. Mikel Zorrilla, that company’s director of digital media, says, “We do not want to make opera palatable to those who don’t attend. We want to define new forms of artistic creation through which the most marginalised groups – migrants, the rural poor, young offenders and others – can work with artists to tell the stories that matter now.”

Mangan explains that “the source material is to be generated in the first instance by members of the different communities”. And workshops here in Ireland are already underway, with the actor, writer and director Darach Mac Con Iomaire, the composer composer Finola Merivale – who, like Mangan, also did drama studies at TCD – and the visual artist Shane Sutton.

“Obviously it would have been the thing to do to get into a room with some of these people, have a cup of tea, have a chat, find out who they are, let them know who we are, find common ground. But those kind of personal encounters have not been possible.” Instead, Zoom has been king in generating the material that will be drawn together to create the final opera. She’s hoping for live, wraparound performance in at least one of the collaborating communities next year, before showings at festivals. And INO’s ambition for the piece is “that it’s presented in every county in Ireland”.

Wexford Festival Opera’s project is Synapses – The Point of Contact, and it’s shortlisted for the education prize. Ann Marie Dalton, the company’s head of development, says that artistic director Rosetta Cucchi wanted to deepen ties with Fedora and to focus on the kind of activities represented by the festival’s Pop-Up events – the only performances to survive Covid regulations last year and play to live audiences out of doors – and the series of Sunday Up videos that Wexford began issuing in December.

It’s all about “re-engaging with community, using young singers from the Factory – the festival’s new professional development academy held for the first time last year – and also working with other partners and relating the output to current issues. As head of development I work with funders, donors and friends, the people who are most passionate about Wexford.”

A silent minority of those, she says, never quite figured out the technology of digital distribution, and so the idea arose of exposing artists to  “the both the younger and older generations of opera lovers in Wexford,” including people in care homes, to “swap stories and dreams”. Wexford Festival Opera was first held in 1951, so there are people whose memories of opera performances in the town can extend up to seven decades.

The big international partner is the Rossini Opera Festival in Pesaro. Maynooth University and Wexford County Council are also part of the team, along with composer Andrew Synnott and video artists Roberto Recchia and Stefania Panighini.

Fedora’s international jury includes heads of opera companies in Germany, the Netherlands, Sweden, Switzerland, Italy and Denmark, and there is also a public vote. The winners of the public vote in each category will get the chance to fundraise alongside the project nominated by the jury and move to the next stage of the process. The overall winners will be announced in June.

Details of the projects are at fedora-platform.com, where you can also cast your vote until Friday, February 26th.