Soundtrack of My Life: From Tom Waits to Van Morrison; I’m allergic to hope at the moment 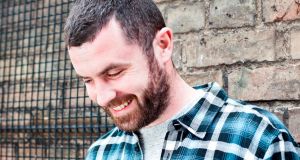 Mick Flannery: I’m so obsessed with songwriting that I try to keep my mind clear of musical distractions

I’ve been lucky during the pandemic: I’ve had lots to work on and keep my mind occupied. I was working on a duet album with Susan O’Neill when it started, and between lockdowns we got a chance to record and mix it. It’s kept me going.

I did have exciting prospects in Canada and the United States – I was booked for festivals in the summer, which unfortunately never came to be. Hopefully they’ll still be there when normality returns.

I don’t listen to music a great deal – I’m so obsessed with songwriting that I try to keep my mind clear of musical distractions. Mostly I listen to music driving to and from gigs, but my journeys are much shorter these days.

Christmas Card from a Hooker in Minneapolis is almost a spoken-word short story. There are twists and turns and all sorts of surprises – but it would ruin the song if I explained them

I’ve been listening mainly to Leonard Cohen’s posthumous album Thanks for the Dance. The album was made when he was aware of the fact that he was dying. He has such a soft take on everything that it’s interesting to hear him speak of something as dark as his own demise. I went for heavy stuff. Maybe to make it seem like there’s less suffering in my life, I listen to Leonard Cohen dying.

One artist I discovered over lockdown is Tianna Esperanza. I get requests for cowriting, and that’s the way I usually come across new music. Sometimes I get lucky, and I did with Tianna.

Generally I listen to songs and artists that tell stories. Gustavo, by Mark Kozelek and Jimmy LaValle, is one of my favourites. It’s an immigration story of a guy living in the US who hires illegal workers. The Bruce Springsteen song on my playlist, Sinaloa Cowboys, has a similar narrative. It comes from his album The Ghost of Tom Joad, which has migration stories that relate to the American-Mexican border.

Narrative is also the reason I like Tom Waits. Christmas Card from a Hooker in Minneapolis is almost a spoken-word short story. There are twists and turns and all sorts of surprises in there – but it would ruin the song if I explained them.

I’ve been listening to a lot of Dan Reeder in the pandemic, because he doesn’t take life too seriously. He writes short satirical songs, usually about 30 seconds long, and they’ve been a bit of escapism from the weirdness. I Drink Beer gets into your head, and you find yourself singing it all day. My girlfriend hates it.

No offence to Seán Keane, but the version of Kilkelly Ireland I originally wanted, the one I grew up with, wasn’t on Spotify. It came into my mind during the pandemic as it’s based on letters that were found in Boston, written during the Famine from a father to a son. The song is split into six verses, and there’s a decade between the letters. You see their lives are changing and moving on, but they’re still wishing they can see each other.

It made me think about how separated people were in those times compared to these times, when we feel imposed upon and taken away from our loved ones. These days we can use technology to see people and stay in touch, but we get some level of empathy for what it must have been like then, when we miss physical company. It’s terribly sad.

I don’t know what to think about Van Morrison’s stance on Covid – it’s a long way from my psyche to sue the government – but Linden Arden Stole the Highlights is the perfect hangover song for me. It sounds like that old style of recording where everyone’s in the same room together, playing freely. So it has this warm atmosphere to it. It’s a strangely violent ballad about a tough guy in San Francisco. I don’t quite understand the story, but I like it.

I found it hard to pick a Lisa O’Neill song, because I like everything that she does. She’s a friend of mine, and I like the way she thinks. I chose It’s Not Your Fault That Your a Man because the title is indicative of her – it’s not something everyone would say. And maybe it’s me feeling sympathy for myself. It’s not my fault, because I’m a man. I’m a f**king idiot, but I didn’t choose this shit.

I’m not sure how the rest of this pandemic will pan out, especially because lockdown changes so often. I’m allergic to hope at the moment, but I tend to live day by day anyway. I don’t know what I’m doing until the day arrives, or someone tells me that I’m already late. That’s a mentality that serves me well at the moment. – As told to Shilpa Ganatra

‘I don’t like Jack Reacher that much’: Lee Child and fellow crime writers on their creations