The ‘Delta Lady’ talks about her volatile marriage to Kris Kristofferson, her partying past, not being credited for her work on Clapton’s Layla and violence against women 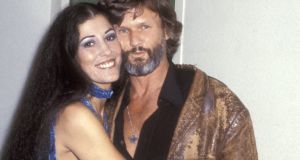 Rita Coolidge and Kris Kristofferson in 1977. Photograph: by Ron Galella/WireImage 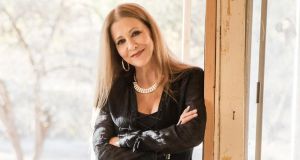 Rita Coolidge: “I just cried and felt this great relief and release that the memoir was done.” Photograph: Matt Beard

In 1977, Rita Coolidge was 33 and one of the most in-demand rock vocalists in LA. The legendary Delta Lady of the song had won two Grammys for performances with her husband at the time, Kris Kristofferson, and had just recorded her sixth solo album. But her marriage was in tatters and she had just miscarried her second child.

Coolidge’s new memoir opens with this time in her life and goes on to describe more than a decade of “blue jeans and limousines” when rock stars believed they were true “counterculturists”.

Writing the memoir was cathartic. “I just cried and felt this great relief and release that it was done. And then, also, I’m very nervous because I am very frank and I don’t hold back.”

Coolidge details her time as a backing singer on classics such as Eric Clapton’s After Midnight and Stephen Still’s Love the One You’re With, and touring with Jimi Hendrix, George Harrison and Joe Cocker before embarking on a solo career.

“I had not been in California two years when A&M Records approached me at the end of the Cocker tour to do my first album. If anything it came too fast.”

In her memoir, Coolidge details her romantic relationships with musicians such as Leon Russell, drummer Jim Gordon, Graham Nash, and, of course, her “volatile” six-year marriage to Kristofferson.

“People were fascinated with us as a couple,” she says, but his drinking and infidelity proved too much to bear. “My intention was never to vilify Kris in this book and I don’t believe that I did. I think I made it clear how much I care about this man, how much I’ve always loved him.”

But she did get the opportunity to correct critics who accused Coolidge of hitching herself to Kristofferson’s rising star. “When Kris and I were doing concerts, he didn’t have hit records. I did. We were equal in our jobs and in our relationship,” she says firmly.

She writes about Kristofferson’s emotional abuse and how he would belittle her talent. “I was a recording artist. I was making an album every year or two and I think that’s what he wanted really more than anything, but the films just kept coming at him and he made the choice.

“He might feel that I was abusive to him. I don’t think I was. It was not all the time. It was just enough that I cried every day, and that’s not a good way to live. When we divorced I didn’t ask for anything from him.”

The couple have a daughter together, Casey. “I didn’t feel I was doing her any favours by going the distance when clearly her parents were not in harmony.”

Speaking with Coolidge now, her voice is gentle but there is a toughness there, which undoubtedly gave her the resilience to survive in an often misogynistic industry. “Women were not treated equally. It just was part of the way society looked at women at that time. It was a time of change, not only with civil rights in this country, but women were demanding to be treated as equal. I think that women felt their power long before men accepted it.”

Violence against women is stark in the memoir. Early in her career, Coolidge meets Tina Turner, who takes off her wig to reveal a long scar on her skull. “This is what he does,” Turner tells her. She describes the domestic abuse her friend, singer Bonnie Bramlett, suffered at the hands of her partner, Delaney. She believes it was symptomatic of society generally.

“Maybe men really felt like women kind of belonged to them,” she says. “I think if you’re a public person – certainly Bonnie Bramlett would not be able to walk down the street and be just anybody; she was Bonnie Bramlett with a black eye. It was hard to keep those secrets with people who were public.”

(In 2014, Coolidge’s sister Priscilla, who was once married to Booker T Jones, was killed by her third husband in a murder- suicide. “I continue to grieve, and will for all my life,” Coolidge has said.)

Coolidge herself was not spared physical abuse. Kristofferson struck her once, drunkenly (“it never happened again”) and on Joe Cocker’s infamous Mad Dogs and Englishmen tour, her boyfriend at the time, Jim Gordon, hit her violently in a hotel corridor that left her with a black eye for the rest of the tour. Coolidge never spoke to him again. “Well, if you stick around, you’re just asking for more. If you don’t get out while the gettin’s good . . . I don’t think I ever even had a conversation with him after that. I wouldn’t talk to him, I wouldn’t accept gifts. I didn’t want anything to do with him.”

Gordon’s violence foreshadowed a more dramatic turn. He was later diagnosed with schizophrenia and is now in a psychiatric prison for the murder of his mother. “I knew there was something wrong with him and I didn’t want to be around it. I think I understood on some level that he was mentally ill.”

Coolidge writes that the hedonistic Mad Dogs and Englishmen tour scarred her emotionally and physically. Her book describes the drugs and debauchery backstage, with half the band queuing in a corridor for VD shots. “Everyone had made their own choices. When we had our Mad Dogs and Englishmen Reunion in [2015], and some of the alum came back, it was just lovely to see everybody. I think it’s important to realise that the book really talks about that period and I don’t make any judgments on people.”

Elsewhere she describes acid trips with Gordon on Clapton’s estate, going to Disneyland with Willie and Connie Nelson, stoned on her own special brownies.

“The 1970s were a time of transition and awakening, and music was the voice of everything that was going on in society, and I think it was the first time that music had become such a voice. I wasn’t always in the middle of it. But I was a part of a lot of things that were going on at the time.”

Other matters get aired in this memoir. Her part in writing Superstar, which became a hit for the Carpenters, was not acknowledged by the other writers until 1992. And she claims that she is owed a writing credit on Clapton’s Layla; Coolidge says she wrote the piano coda for a demo with Jim Gordon. “I came to peace with the fact that my name is not on Layla and I didn’t get the credit, because I realised that that’s something that Jim’s daughter now has.

“Jim was as much a part of stealing that music as Eric was,” she claims. “He just disregarded me, probably because I’m a woman. And, as Robert Stigwood [Clapton’s manager], said, ‘You’re a girl, what’re you gonna do, you’re up against Stigwood.’ ”

Coolidge coolly dismisses the rumour she caused the break-up of Crosby, Stills and Nash, although there was a fight over her. “They were in deep trouble before I ever got there. It just kind of blew up in the end. They have continued to perform and it’s because of the magic of their vocal blend and certainly not because they all get along.”

She has a good relationship with Kristofferson now and refers to his wife, Lisa, as “a most remarkable woman”. Her pragmatism is amazing. “It’s cos I’m old. It’s because I’ve had so many birthdays. I had to look back to write the book but now I’m done. It’s like giving birth or making an album – it’s a process you go through and then, once it’s released to the world, I’m on to the next thing, which is an album which I start recording in May.”

Coolidge’s recording career has not always replicated those headier times, but she recalls a conversation she had with Sammy Davis jnr. “He said, ‘the records don’t matter, what matters is that you’re a singer and you relate to your audience. Hone your craft. You’re not necessarily on this planet just to make records, it’s to share your gift.’”