Band will top the bill on the festival’s Pyramid Stage on Friday, June 23rd 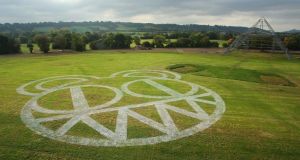 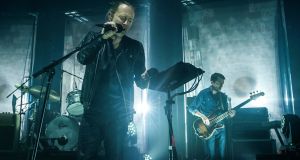 Radiohead have confirmed rumours they will headline next year’s Glastonbury Festival.

The band are the first headline act announced for the music festival, topping the bill on the Pyramid Stage on Friday, June 23rd. The date coincides with the 20th anniversary of the release of their groundbreaking OK Computer album.

It will be Radiohead’s third time headlining the Pyramid Stage, following appearances in 1997 and 2003. They also played a special surprise gig at a smaller stage in 2011 to promote their King of Limbs album.

A spokesman for the band announced the headline slot.

The announcement came after the band’s “angry bear” logo appeared as a painted “crop circle” in front of the Pyramid Stage on Wednesday afternoon.

“To be asked to play at Glastonbury again would be magic,” he said.

“I also think Glastonbury is like our spiritual home. It is the mother of all festivals . . . there’s nothing like that one . . . it would be great to play there.”

What we need now: A primer in an all-consuming and fast-moving crisis
9