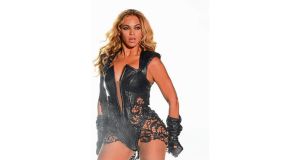 It's no wonder the price of concert tickets is so high. JIM CARROLLon music

The music business beat is a cyclical one and certain topics inevitably come up again and again.

You can probably write the list at this stage: major label woes, technological disruption, the death of physical retail, the economics of festivals etc.

We don’t write much about piracy any more because, well, you know the rest.

There is one subject, though, that pops up every year around this time and is fairly unique to Ireland.

That’s the one about why ticket prices here are more expensive than anywhere else.

It may be time to write a column that I can just copy and paste when someone poses this damn question next year.

This year, this issue has made its way into the news cycle like equine DNA because tickets for Bruce Springsteen, Fleetwood Mac and Beyoncé’s Irish shows are more expensive than elsewhere in Europe.

Thanks to the euro, it’s easy to do the compare and contrast thing between different shows and start the calls to Joe about rip-offs.

It’s a hell of a lot easier to do than actually drilling down into the costs of putting on a show here or, indeed, elsewhere.

Scottish singer-songwriter and former Marillion frontman Fish wrote a fascinating blogpost recently about the costs involved in his 2012 UK tour which showed where every penny in ticket sales went.

Ticket prices in Ireland are high because the costs of doing shows here is high.

Those of us who live here know only too well that the cost of absolutely everything in Ireland is higher than elsewhere in Europe, so why would concerts be exempt from having to charge a high tariff to meet those costs?

Time for a bit of a reality check on this perennial favourite of the chattering classes.

From San Antonio in the heart of Texas, Wild Party are a bunch of bucks with a really sweet take on full-throttle indie-pop and sweaty, punky garage. Debut album Phantom Pop is full to the brim with potential barnstormers such as When I Get Older.

Indiana’s from Nottingham and her soulful, bluesy voice and her ace way with a tune have had many singing her praises. We like what she’s done to Frank Ocean’s Swim Good, but we much prefer her own tunes like Bound and Erase.

A singer-songwriter from Co Sligo, Jean Harnett’s biggest advantage right now is her striking, distinctive voice. That said, her Bricks Mortar EP, especially the title track, is well worth investigating for those seeking tunes with some heart and soul.

If This World Were Mine(Motown) The a capella version is one of the most beautiful things you’ll hear this or any other week.