Nolans have danced their way through triumph and disaster 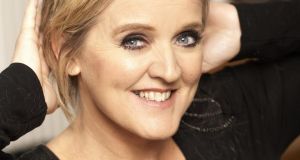 “Bernie Nolan referred to herself as the ‘nutter of the family’ . . . She was the first of the Nolans to begin a television acting career. She was willing to attempt being an opera singer for a television programme. There was a bit of panto. She was game.” Photograph: Camera Press/Nicky Johnston

Surely the best story about the Nolans is that after their last gig in Dublin there were a lot of complaints about the behaviour of their fans. Observers who rang RTÉ’s Liveline the next day said they’d never seen a drunker, rowdier, more disgraceful crowd. There might have been fighting. It was middle-aged women run riot – and kind of heartening in a strange way.

The Nolans can hardly have been surprised. “I get really infuriated with the goody-goody Catholic girls image,” said Bernie. Besides, they are no strangers to the recipe of how too much white wine, briefly stewed with the unfairness of life, can result in an explosive row. There are a lot of things the Nolans did not need explained to them. “One too many glasses of wine were drunk,” said Colleen in 2011, of a then recent rift between the sisters. “Things were said.”

For 30 years we have seen the Nolans facing triumph and disaster just the same. The divorces, the bankruptcies, the family rifts, the less than ideal husbands and the cancer diagnoses – three of the Nolans have had breast cancer. Each drama became public property in its turn and ended up in the bookshops and the tabloids. As journalist Nick Duerden put it when he interviewed them on the publication of a joint memoir, Survivors, the Nolans have spent a long time “making heavy weather out of light entertainment”.

And now Bernie Nolan is dead at 52, of breast cancer.

Normal girls
From the beginning their fans loved the Nolans – or the Nolan Sisters, as they were then – because their modest musical act was so accessible. In other words, everyone else thought they could do much the same thing. The Nolan Sisters’ great strength was that they seemed ordinary. They weren’t outrageously beautiful or outrageously talented – they looked like normal girls, almost amateurs. Nobody knew back then about the Nolans starting their combined career by singing in nightclubs on school nights, waiting to be driven home by their father, who sat at the bar until 3am, plastered.

Back then it looked like the Nolan success story was founded on nothing more than a sparkly top, a blow-dried fringe and a tanker full of lip gloss . . . ah, the 80s. The Nolans had a lot of girls singing into the back of hairbrushes in the privacy of their bedrooms. They were a seemingly inexhaustible supply of that inspirational figure, the girl next door.

They were also part of Ireland’s least-loved diaspora, the Irish who went to the north and midlands of England: that section of the diaspora that has provided us with entertainment stars.

Tommy and Maureen Nolan, who had a singing act themselves, left Dublin in 1962. There was never any doubt about what the children – eventually six girls and two boys – would do. In this way the Nolans were the Irish Jackson Five, or the Osmonds. The venues and, frankly, the talents were smaller. But the compulsion was not.

“You look back on our childhood and that’s what you have to say about it,” Bernie Nolan told Duerden. “It was abnormal.”

She thought it a good thing that child labour laws had been tightened, she said. As parents themselves the adult Nolans did not approve of the way they were worked during their unusual childhood.

Sexual abuse
In other ways, unfortunately, the Nolan childhood faithfully reproduced aspects of Irish life that were frightful. Tommy Nolan was a drinker and sometimes violent. After he died in 1998 the oldest Nolan sister, Anne, told her family he had sexually abused her for years. This led, last week, to one of the more startling sentences in an obituary, when the Daily Telegraph wrote of this incest: “When she was 16 he suggested they run away and live as man and wife.”

Bernie Nolan did not approve of Anne revealing what their father had done to her. “I personally wouldn’t have made that public,” she said. “I’d have kept that private.” But then Bernie, the second youngest of the Nolans, seems to have been the feistiest, conforming less.

Bernie referred to herself as the “nutter of the family”. She always said that, given the scale of their initial success, the Nolans should have made a lot more money. She was the first of the Nolans to begin a television acting career – on Channel 4’s Brookside in 2000, and then as Sgt Sheelagh Murphy on The Bill. She was willing to attempt being an opera singer for a television programme. There was a bit of panto. She was game.

Perhaps in this way, as in many others, Bernie Nolan was representative of the Irish women of her generation who made their homes in England. Their mother country never pretended to miss them and certainly never encouraged them to come home – Bernie Nolan’s only daughter is called Erin. Their new country was neither warm nor exotic. What sustained them was their courage, humour and heart. When Bernie Nolan sang I’m in the Mood for Dancing you believed her.