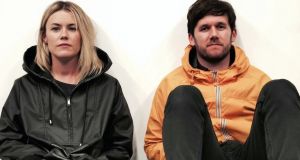 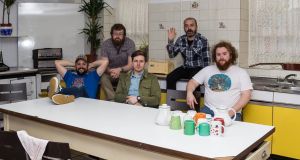 Windings – You're Dead
Windings are set to release the long overdue followup to 2012 Choice-nominated I Am Not The Crow at the end of September on Out On A Limb. Be Honest and Fear Not follows on from the dark and dank double singles Stray Dogs and Helicopters. First single You're Dead contains more light but not much as Steve Ryan sings 'finding pain where once was pleasure, and pleasure in the abiding of pain”.

New Valley Wolves – Silver Tongue
Fans of hi-octane rock'n'roll with bluesy riffs will love the new single from Jonny Lucey and Baz Joyce, a screeching distorted rock song with lots of snarling attitude. They get it done.

Proper Micro NV - Erase
Taking his cues from ambient and electronic music in the vein of James Blake, Limerick producer Rory Hall keeps things hushed and reverbed on a song that Hall sings “take my soul away” and “clear my memory” in a way, that leaves no doubt, a bad relationship has ended.

Mick Flannery – I Own You
With a new album coming in October, the former stonemason has a new fire in his belly. The title track of his new record was inspired by the death of Freddie Gray in Baltimore in 2015. Gray died while in police custody. The song speaks of class inequality and has an angry blues-rock dirge feel to it.

RELEASE OF THE WEEK
Cathy Davey – New Forest
Having debuted her latest album in an actual forest at Electric Picnic last weekend, it follows on that the fourth long Cathy Davey player was actually recorded in two forests in Woodford and Connemara in Galway. New Forest is a collection of music that feels unshackled from expectation and sounds like an artist pursuing their craft wholeheartedly. There's a fantastical feel to the album right from the title opener as if we are setting off into a wooded path unknown and takes in diversions through calypso, handclap pop and whimsical folk.


NEW ARTIST OF THE WEEK
Hiva Oa
Stephen Houlihan and Christine Tubridy are an Belfast-based duo who having lived in Edinburgh until recently have returned to renew their music focus as Hiva Oa, along with Matthew Collings and Daithi McNabb. The new EP, mk2 (part 1), from the band relies on atmospheric textures. Seskinore takes its experimental inspirational from Radiohead, with Houlihan employing a similar vocal tone while A Great Height builds up a frenzied drum and synth rhythm.

VIDEO OF THE WEEK
Rusangano Family – Soul Food
Directed by Dave Tynan
The best live act in the country at the moment put all their energy into their new video shot in the Burren for their percussive second album highlight complete with cerebral monochrome spoken word interstitial.