Plus, new music from Arborist, Lowlight Gathering, The Klares, Swords and The Academic. 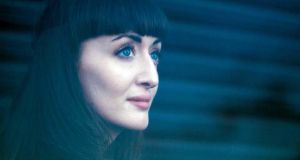 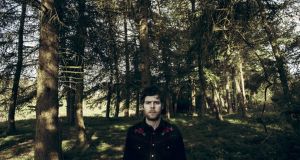 Arborist - I Heard Him Leaving
Mark McCambridge's Arborist project has been a harbinger of alt-folk and indie with a strain of the dour running through it, always countered with truth. Debut album Home Burial arrives in November and the lead track from the Antrim artist's album is a fingerpicked American-flecked folk song which shifts the lyrical point of view to a woman's perspective.

Swords - The Letter
Dublin three-piece Swords new album Tidal Waves (October 28) is already sounding like a leap for the band. The Letter is a song filled with regret for the past but you still want to cosy up to it.

Lowlight Gathering - Walk Away
Walk Away is a beaut of a song - lilting twilit folk from a Monaghan band who formed four years ago at the behest of songwriter Charlie Livingstone. It's from their new EP Young Hearts and marks out this band as ones to watch.

RELEASE OF THE WEEK
The Driftwood Manor - For The Moon
The Driftwood Manor are an Athlone-based five piece who have released three albums and six EPs to date since 2008. They are little known in Ireland despite releases and tours, which take place mainly in the UK. Their latest album is a fine acoustic folk release on Nottingham label Folkwit. It's nine songs are full of pastoral and seasonal imagery, melody and clean lines of folk music. The classic folk arrangements are lifted by the presence of unique elements: electronic beats on Spring, country instrumentation, rich harmonies, and even, monk-style chanting on The Secret People.

NEW ARTIST OF THE WEEK
The Klares
Young Dublin band The Klares have the swagger of the Arctic Monkeys and the conviction in their indie-rock pop sound to back it up. The band have been playing together for the past four years and new single Black Huarache is their apex thus far.

VIDEO OF THE WEEK
The Academic - Mixtape 2003
Directed by Finn Keenan
The Mullingar rockers' debut video takes inspiration from the lyrics to create a humorous visual spin on the song.