Lisa Hannigan: ‘I started to really lose sight of what the point of me was’

An unsolicited email snapped Lisa Hannigan out of a creative doldrum, and now she’s all set to get back on the road and dispel a few myths about her new album ‘At Swim’ 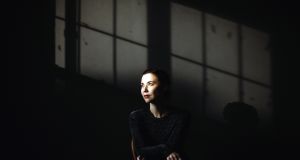 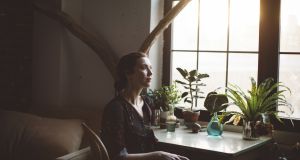 Lisa Hannigan’s new album is called At Swim and I am interviewing her on a boat on the Liffey. Is that a little too on the nose? We board the St Bridget and, finding the deck too crowded, abandon the sun and bluster of sea chats and go inside for coffee, talking loudly over the din of the engine.

The night before, Hannigan sang onstage with indie rockers The National at Longitude. The Americans, she said, were “so generous and easy with their collaborative spirits”. Indeed, At Swim is the result of a fateful collaboration with The National’s Aaron Dessner. It is a hard-won record, years in the making, with a title that is nothing to do with Flann O’Brien and everything to do with feeling all at sea.

Hannigan had been touring for more than two years with her 2011 album Passenger. The words, she says, just dried up. “I kinda thought, I’ll write some songs while it’s happening, and then I just ended up not writing songs.”

But when the tour was done, it was time to get serious. Hannigan had decided she wanted to use her voice in a different way. “I said to my band, you should go off and do different things, because I’m going to go away and write and I feel like I’m going to swerve somewhere else,”

Hannigan went to Paris for inspiration, then London: “I was kinda all over the shop. I was a bit stuck.” She was on her own and between homes and countries, “I didn’t feel rooted anywhere. I just felt adrift in life.”

She was reading a lot of Seamus Heaney for a part-time degree in English literature. “At one point in the process, I felt I didn’t have a word in my head to write, and thought I’d just read Seamus Heaney because he has all the best words – as Trump might say.”

Songs on a page

One of the songs on At Swim is the hauntingly beautiful Anahorish. It is Hannigan’s melody set to Heaney’s words, which “looked like a song on the page,” she says. “I just started singing it and over the course of a night I remember running out to the bathroom and singing the next line into my phone and then going back and hearing the next line . . . like beads on a string.”

Still, the songs were emerging too slowly. I asked if she was having a full-blown crisis.

“I was definitely veering towards depresh mode at times,” Hannigan says. “I never really had that moment where I would feel I had some shiny thing at the end of the day. A lot of days I would just feel like I had dust. I started to really lose sight of what the point of me was. I was thinking, maybe I should go back to college and be a vet or something.”

Then, in an almost ridiculous VH1 Behind the Music stroke of good luck, on a dark January day she received an email from Dessner: “Hello. I’m in a band called The National.”

The email was a general desire to connect – to write together, produce, or even just jam. Hannigan is not sure why Dessner contacted her (Why meee? she sings) They had mutual friends in Australian band Luluc. “It was just this gift.”

Dessner set the wheels in motion, sending Hannigan vignettes of music, which she “would just sort of hum along, recording myself”. Free from worrying about the music, she “could just react to it melodically” and “stop clinging on so tightly to that idea that lyrics have to be really crafted”.

The two became “musical penpals” and met when they could, in Copenhagen and then in Lismore Castle, when Dessner was working on Cork’s Sounds From a Safe Harbour festival. Joe Henry, Hannigan’s producer friend, helped her with lyrics.

“I had this sort of desert of difficulty,” she says, “punctuated by a few songs that just sort of came out in five, 10 minutes. I realised the industry involved in writing a lot of shit songs is actually the scaffolding that you’re building to be able to, one morning when you are struck by a feeling, you can just transfer into a song. Like that DH Lawrence line: ‘Not I, Not I, but the wind that blows through me’.”

In New York they put down the basic tracking, which Dessner then took to his garage studio. He’d email her: “‘I’ve put the trombone part on, listen to this.’ So I’d have all these lovely little presents turning up in my inbox.”

Hannigan’s voice sounds different on At Swim, fuller and deeper. From the beginning, she says, Dessner had “this notion that he wanted it to be sort of austere sounding. He focused on making the sounds really richly textured as opposed to melodically dextrous, which I always would’ve tended toward.”

It all seems a conscious move away from her self-professed “plinky-plonky” sound. Song titles include Funeral Suit, We the Drowned and Prayer for the Dying. Lisa, u ok hun? “I don’t think the album is depressing,” she says laughing, but admits that she was “feeling existentially a bit raw at the time.”

I wonder if Hannigan takes comfort in collaborating, it being the place where she started. “Getting back in a room with people” was key for her, and “I think it takes a certain amount letting go of control”.

Each of Hannigan’s three records pointedly correspond to different stages of her life. With Sea Sew (2008), she had something to prove. Hannigan’s voice was a vital element on Damien Rice’s first two albums, O and 9 but after Rice unceremoniously fired Hannigan while on tour in 2007, their professional and romantic relationship ended for good.

“When I listen to it now, I mean, I love that record, but I can feel my own . . . I really wanted to appear happy because I am happy, but I wanted to project that in a very – I mean, even just from the artwork I wanted a bright and strong feeling.”

Passenger (2011) represented a big leap in confidence. And with this one? At 35, “this record just has more of a sense of that maturity,” she says. “And it is a bit darker, but then life is a bit darker than it probably was when I was 27. Just in a realistic way.”

Reading Hannigan’s reviews and interviews, you often sense the journalists falling down a well of manic pixie fawning. Hannigan says she doesn’t read any of it – “even something ambiguous sticks to you like a burr”. Words like “fey” and “winsome” are sometimes used.

“I’m quirky,” she says, in a faux-quirky voice. “I’m twee. That’s the thing I have to elbow my way out of. I honestly think it’s the first record cover, so it’s my own fault. I feel like that has a certain aesthetic to it, which I didn’t mean in that way. But I think it sort of resonates in that way for people. But I feel very un-twee in myself.”

But people won’t find anything twee on At Swim. “That was just natural, that was just how it sort of came out. Twee is the worst.”

Thinking about her contemporaries, she says: “No one would call Conor O’Brien quirky. It’s a particular feminine adjective that people use to put you in your box. I’m getting out of my box.”

Hannigan is still living between London and Dublin, but her heart is here. “Like I don’t use the NHS or anything; I always feel bad about using it. If I was ill I’d think, I better save it up ’til I get home.” She loves how accidentally social Dublin is. “Without any effort on your part you can just sort of brush up against people, find out how they’re doing.” London requires lots of advance planning, which makes her anxious.

Did she perhaps want to stay away from Dublin until she had some new work ready to go? Was she hiding in London? “Maybe that’s true.” Her partner works in London, but plans to move here.

She’s recently finished a tour of Ireland to “flex my muscles or rather find if I had any muscles left”. Europe is next, though not before she heads off to Wisconsin’s Eaux Claires festival, to play with Dessner.

Hannigan is back in her stride. “So much of that time I was like, I’m not making another record, that’s me now.” It was an embarrassment that felt like “internal sunburn. I had that very strong feeling for a couple of years. Now with the record and I’m back touring again, I’m like, yeah this is what I’m for.”

At Swim is out August 19th

The best artworks to see in Ireland’s reopened galleries
6

Sex, swearing and flushing the loo: 10 films that broke taboos
9

A Rip in Heaven: When rape and killings visited an Irish-American family
10

‘Defund Paw Patrol’: Why protesters have turned against a kids’ cartoon
Real news has value SUBSCRIBE